The Frayed Ends Of Senility 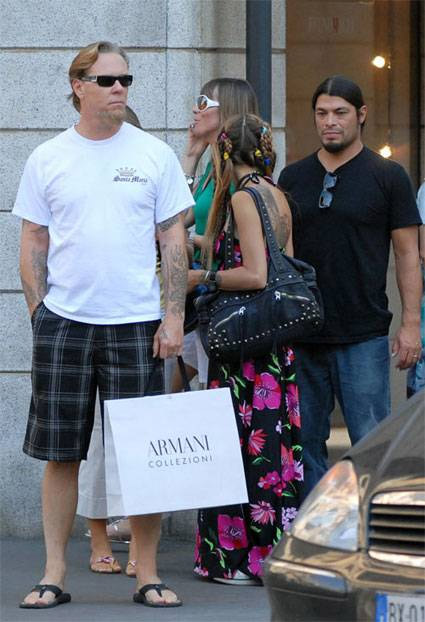 If I could pinpoint where it all went wrong for me, I’d probably blame that weird kid on my bus who got me into metal at an early age. Early 90s kids on the brink of puberty didn’t have a lot of places to turn to for metal so we traded cassettes. We would steal petty cash from our parents and bike down to the record store or tape stuff off the radio. I still remember finding out that Chicago had a pirate metal station that broadcast on Saturday nights that introduced me to all kinds of music I would never have heard. Kids today have no idea how hard we had it.

Everything started with two of the big four: Metallica and Megadeth. I still remember finding out that the thumping bass line intro to MTV news was  the intro to Peace Sells, But Who’s Buying? But most of all I remember the first time I saw the cover of Master of Puppets and took that journey. That’s all it took.

I had an unhealthy obsession with Metallica and listened to the black album more times than should be considered legal. It still didn’t hold a creative candle to their first four records but at the time it was such a massive hit it couldn’t be avoided. That’s something that’ll likely never be said about a metal album ever again.

Like any young metal fan, a large part of me died when Load came out (airhorn). The guys all cut their hair short and basically made an old man alt rock record. Anyone worth anything hated alt rock wholly and on principle. While I eventually came around on a few songs, the initial betrayal that I felt took years to overcome. How could this be the same band?

Pretty simply put: they just weren’t. A lot of people will say Metallica died when that bus crashed and Cliff Burton lost his life. But it’s mostly Bob Rock’s fault.

I draw a pretty hard line at James Hetfield blowing out his voice during the Garage Inc. recording. Since then, Metallica’s been stuck with the James Hetfield soundboard version of a lead vocalist. And as far as plausible conspiracy theories go, I’m mostly on board the Lars Didn’t Play Drums On Justice train. I would even argue the best recent live performance of Metallica was a group of 12 year old kids in front of some cafe in Kansas City.

Which brings us to present day Metallica. A lot of people with similar Metallica opinions will say their latest album is actually pretty good but here’s an admission: I haven’t listened to it. I heard one of the singles maybe one time through and it was fine. It would certainly be categorized as something closer to thrash than butt rock but it’s non-essential music. No one needs a new Metallica album and no one has needed one since 1991.

And even if they never wrote another new song but continued performing live, I’d still resent the shit out of them because they’re absolutely terrible. Watch any clip of them from after the recordings released as part of the Live Shit Binge and Purge box set and it’s blatantly obvious they have nothing left. They’ve been running on empty for almost 30 years.

Naturally, they’re going to sell out Soldier Field this June in the year of our lord 2017 because most people hear the name Metallica and instantly open up their wallets. I admit I have given it thought and the main reason is that I’ve yet to see a show at Soldier Field. In some other universe, Metallica would be a great reason to go but if I’m going to stand there and watch them butcher all the songs I loved as a kid, someone should have to pay me and arm me with rotting produce.

I’m sorry Metallica. You won’t be getting my money this summer. Thankfully it’s no longer the early 90s and anyone with an interest in metal can go find hundreds of bands on bandcamp or Spotify and revel in their loudness, then go hit up one of their shows for 15 dollars or less. Without Metallica, most of those bands don’t exist. Unfortunately it’s high time Metallica stopped existing.