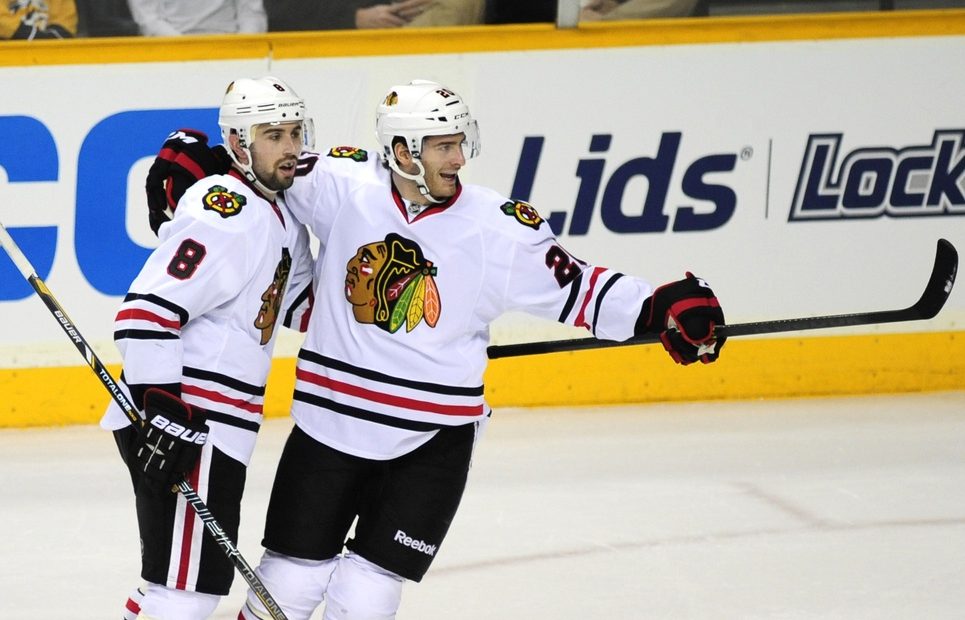 If you look simply at the first period stats, minus the goals obviously, you might assume the Hawks were in danger once again of getting their asses handed to them. The team that averages only 27 shots against per game allowed 17 total in the first period. Those stats are so out of whack given the 3 trips the Hawks took to the penalty box in the opening twenty. Three trips to the box are always going to be bad but that’s especially bad when the team is also near the bottom of the league in PK%.

Sure enough, the Predators were able to score on their opening power play when Seabrook failed to clear the puck and the Hawks ran around their own zone like teenagers who snuck into the Playboy Mansion. Raanta made a few big saves but couldn’t find a slapshot from Shea Weber. Though to be fair… most goalies aren’t going to be able to stop that guy if he gets a few chances to really wind up.

Thankfully though, Patrick Kane still exists and that’s good enough for right now. Keith got the early one with a sneaky slapper that beat Hutton blocker side but it was Kaner’s incredible backhander that will go down as the game winning goal. With that beauty, Kaner pulls within a point of the overall league lead (though Crosby has games in hand… I’m getting really sick of realizing everyone has games in hand against the Hawks). Kaner also has 18 points in 10 games. Holy hell is he fun to watch right now.