Fleeing The Herd and Other Thursday Notes

Well, that turned into a bit of a crazy day from nowhere, huh? As you probably know by now, Ilya Kovalchuk has “retired” from the NHL to go back to Russia, where no one really doubts he’ll sign with St. Petersburg again and for more salary than he was getting from New Jersey. That’s why all this “Oh what a man he walked away from $77 million for his family and I think I’m getting moist…” hokum is just deliriously funny. And yes, that is the first time I have ever used the word “hokum.”

Some of this leaves me cold. I understand if Kovalchuk wants to fuck off to Russia because he’s happier there. That’s cool. Maybe it’s my footy-loving side kicking in, but I have a hard time thinking it’s ok that he can “retire” and then just show up on Putin’s private jet and sign there 10 minutes later with no compensation for the Devils. Oh sure, they get the cap space back again, but there should be more for that.

Of course, transfer agreements between the NHL and KHL have been contentious at best. We’ll never see the day when clubs on either side of the Atlantic have to pay a transfer fee. NHL clubs don’t want to be held hostage by Russian clubs for their players, and Russian clubs love bringing home prodigal sons home with nothing more than a Boris Badenov-like smile (yeah, probably stereotyping that, but it’s fucking funny, so stuff it).

But if a player is under contract, there has to be something worked out here. I guess the KHL has let many young players leave for the NHL in the midst of their deals, and I shouldn’t complain just because a big star has done the same. Whole thing seems fishy, though.

-I really find it curious that Marcus Kruger hasn’t been brought back into the fold yet. Maybe his agents see his added leverage after the Bolland trade and are holding out for more money — the Hawks can’t really lose another center right now. But we’re talking about a 3rd line center AT BEST who had four goals last season.  A valuable player, but should it be this hard? Can’t see how $1.5 million doesn’t get it done, unless the Hawks are trying to get under even that. The longer this goes the more I get confused.

While I don’t worry about an offer sheet, I do worry about him leaving for Sweden or the KHL himself where he would get more money. While he doesn’t deserve to make that much money, he is holding all the cards here.

-That Pajaarvi-for-Perron deal is actually a good one for the Blues, which doesn’t make me happy. Pajaarvi may never fulfill the offensive promise he showed in flashes his rookie year, but he’s a solid third-line two way player with a high IQ, something definitely not in overstock in Missouri. Perron was a dipshit who couldn’t be counted on to care every game or to stand upright through an entire 60 minutes.

Of course, none of this will matter when they chuck it to spite Hitch and he’s fired by Christmas.

-Can we save the outrage at Justin Bieber and direct it all at Jim Belushi for getting into the Hawks dressing room? Like, there’s never enough bile directed at that guy. 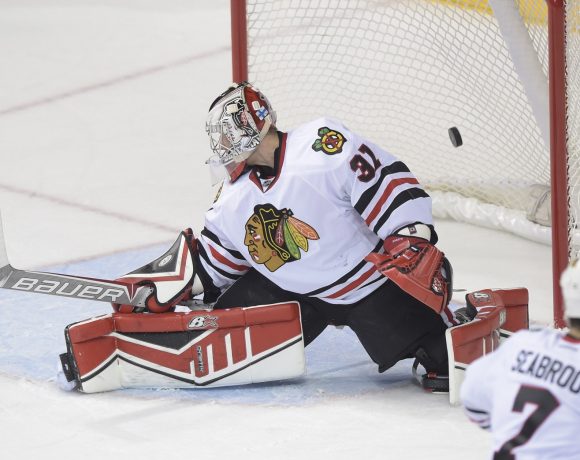