After missing last week’s post, there’s a lot of things brewing on my stove here. Let’s try to keep all the pots and pans in order. Or something like that.

–Perhaps most topical right now is the Max Lapierre face-rubbing of Dan Boyle at full speed into the boards which resulted in Boyle leaving the ice on a stretcher. Lapierre will rightfully be suspended for his reckless hit. Dirty hit, blah, blah, blah. We know the drill by now.

The part I found so delicious was Todd McClellan’s quote after the game.

“It’s the player’s game. We just went through a lockout to try and fix things,” he said. “The players had huge input into how they want the game to be played. The respect factor is not where it needs to be. Hard and stupid are two different things.”

Coming from a coach that actively played a one Raffi Torres last year and claimed this hit on Jarret Stoll to not even be worth a penalty, the world isn’t exactly weeping right now for poor Todd McClellan.

–Another thing that’s getting very old very quick is this immediate rush to proclaim borderline playoff teams as “contenders.”  If you haven’t noticed by now, and chances are you probably haven’t, there’s a civil war taking place in Toronto due to their lack of puck possession.

Grizzled hockey people are more satisfied with the Leafs overall record after…wait for it…7 games. Proponents of advanced metrics, meanwhile, are pointing to the Leafs getting housed in every puck possession category and say a massive course correction is coming. Again, this is all after 7 games.

The aforementioned San Jose Sharks, who enjoy big starts and quick finishes more than Michael Bay movies, are 6-0. You would think after a decade of playoff disappointments, ranging from 1st round exits to Conference Final barfings, pundits and experts would know better. You would be an idiot for thinking so. In an upset of moderate proportions, Liam McHugh has already said “STATEMENT GAME” and “Sharks” in the same sentence more times than “Kiss my ass Milbury.”

The Colorado Avalanche are off to another hot start which is another delightful occurrence seeing as Patrick Roy is Lord of the Red Asses. Colorado’s first run-in with adversity cannot come soon enough.

The list goes on of other teams that are being anointed as “contenders” before they’ve faced more than two teams from their division. Minnesota is another team that comes to mind for the celebration of their “amazing” puck possession skills. Again, 7 games into their season.

I don’t know if last year’s 48 game regular season recalibrated everyone’s expectation levels for the season or if people have been hitting themselves over the head with shinny sticks all summer, but the NHL season is loooooooooooong. And with a two week break for the Olympics, it’s going to be even longer. Let’s wait until then before we start plugging teams into the playoffs who haven’t been there in awhile.

–I recently broke tradition, went ahead and purchased NHL ’14. The game is entertaining and I enjoy playing it. My only problem with it is the same problem I’ve had with EA Sports since they became the only game in town. There is no real innovation. Every year, they throw in a new wrinkle just to say they’ve changed (broken sticks, Be a Pro mode, the Hartford Whalers, etc.) but it’s essentially the exact same game as it has been for the past five or six years.

Gary Thorne and Bill Clement have the same script. Players have the same celebrations, same look, same feel. Nothing about the game feels different with the exception of the rosters.

There was a time when new sports games came with the promise of something new, different and exciting. Maybe it’s because I was younger or maybe it’s because technology was advancing at a far superior rate. I can certainly understand that. But I would like to see more attention to detail put into the stadiums, the lighting or other intricacies that would start to differentiate the game from year to year. Make me feel like I’m in the United Center or the Shark Tank. Those stadiums all have unique designs to them. Give those to me; rather than the same cookie cutter look from year to year.

Instead, they give us a new fighting engine which is absolutely pointless unless you want to see Patrick Kane drop the gloves with Barret Jackman because Jackman took a run at Toews. Because that’s how it normally goes down.

And the NHL ’94 Anniversary Mode is a farce. It’s not even worth wasting the space to discuss.

–The world waits for Brandon Pirri to get an extended look with the Hawks forwards and Joel Quenneville laughs manically as he rubs Michal Handzus’s beautiful head of hair.

All joking aside, the Hawks could definitely use contributions from their secondary scorers. Andrew Shaw, Marcus Kruger and Bryan Bickell are doing nothing to lighten the scoring load off Kane, Toews, Sharp and Hossa. And with Hossa looking like a shell of himself right now, let me quote the late, great Lt. Frank Drebin when I say “That’s no gouda.”

This is the time in the season to let guys like Pirri, Ben Smith, (ahem) Jeremy Morin and hell even Brandon Bollig decide whether they’re worth giving an opportunity later in the season instead of letting Hossa and Handzus log big minutes on their aging bodies. Let’s see if Pirri can find chemistry with Sharp or if Ben Smith can stay healthy enough to give you consistent effort on the 4th line.

Getting guys like Shaw, Kruger and Bickell on the board will make Joel Quenneville a lot more comfortable in doing so. But right now, as he’s so desperate for goals and keeping scores down, he’s always going to trust the players that have done it for him before regardless of age, mobility or health, instead of those unproven rookies and younger players.

At least for right now. 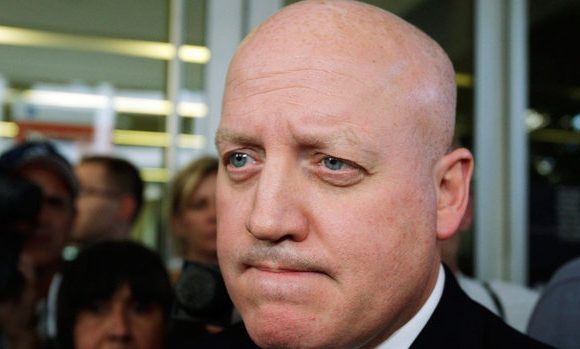