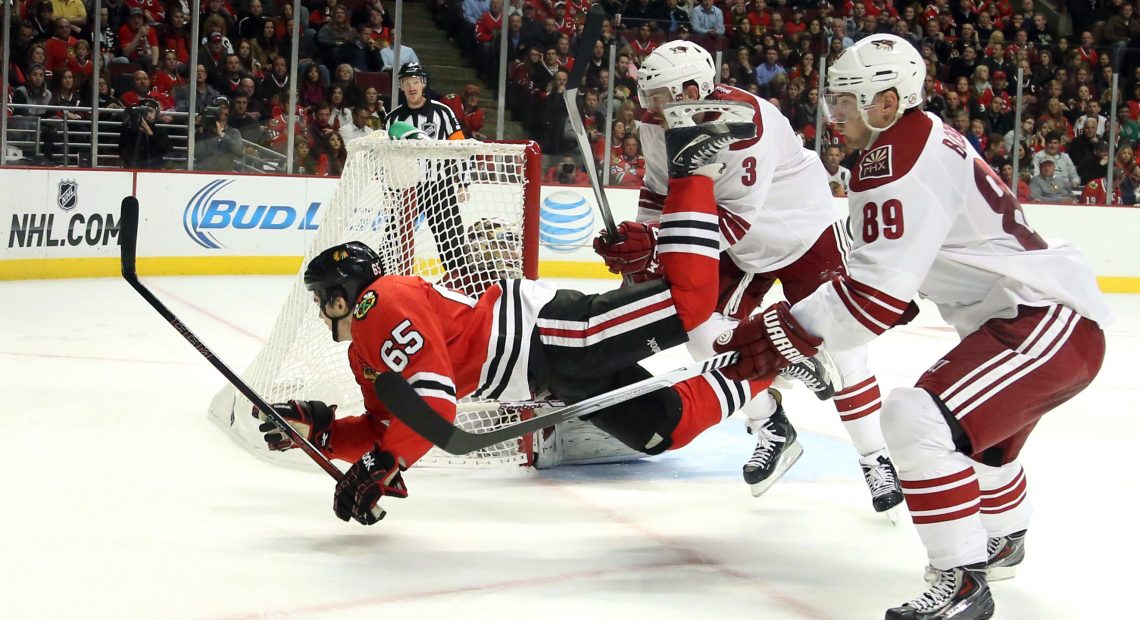 For the first six minutes of this game, you couldn’t have asked for pretty much anything more from the Hawks. They controlled the play, every shift seemed to be rolling and the puck was planted in the Yotes’ zone… oh, and they were up two goals.

Then things went off the rails a bit. It started with a deflection off a Hawk that snuck past Corey. Then on a power play, a shot from the point bounced hard off the board and found it’s way to Shane Doan’s stick who snuck an unreal wrister to the far top corner. The Hawks would play pretty much the rest of the period on the kill thanks to Bollig and took the game into the second tied.

The second saw the Hawks gain the lead then lose it on two goals from the Yotes. Thankfully, they tied the game and we were off to the extra time. There’s quite a bit to talk about this game and beyond.. so let’s get down to it.