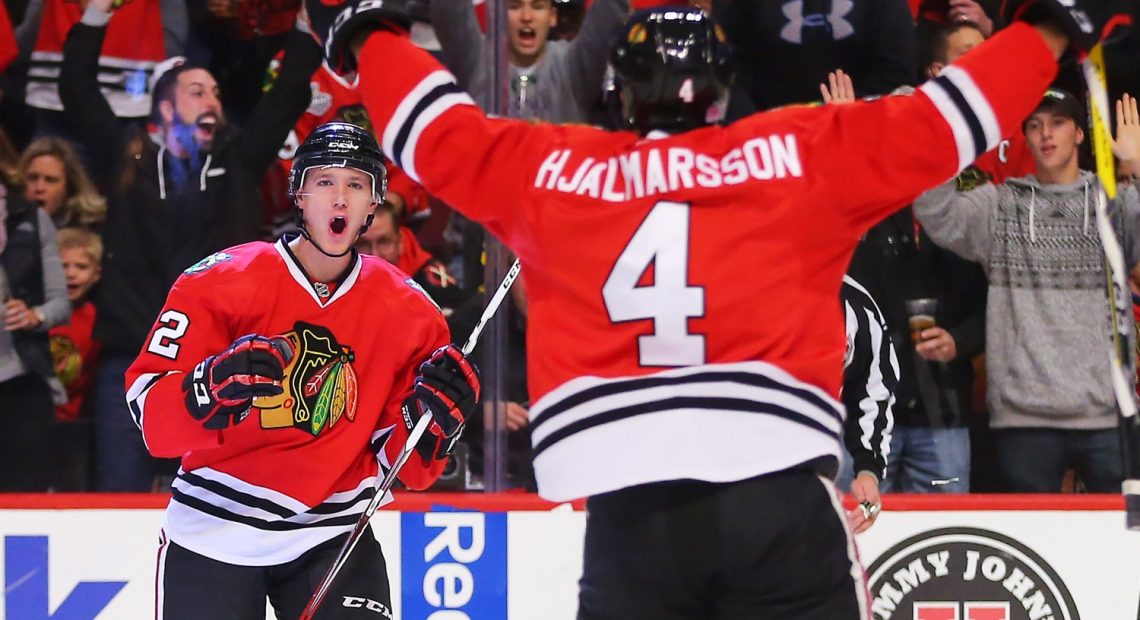 Coming into tonight, there purveying wisdom regarding the Habs was that they ran their offseason like a bunch of assholes, and that their success to this point, was largely built on the back of Carey Price. And tonight’s result did nothing to shift opinions one way or the other.

The Habs did play last night in Detroit, and it’s not like it was a hard-fought two points, beating the Wings 5-0 after taking a 3-0 lead by the end of 20 minutes. But even taking all of that into account, the Hawks looked like a faster team, and the Habs did themselves no favors by reaching and grabbing at every possible opportunity. Speed at the line from Marcus Kruger of all people pushed the Canadiens’ defensemen back, which allowed time for his countrymen to get in the play, and Gustav Forsling potted his first in the league as a result.

The Habs would briefly enjoy a lead after a bad bounce off Kempny’s stick deflected a low percentage Shea Weber pass past Crawford, and Markov wired home a shot Crawford never saw with him joining the proceedings as the late man. But Marian Hossa would continue his hot streak depositing a rebound from a Nick Schmaltz point shot right after a Habs penalty had expired, and then Garbage Dick scored a tremendous diving goal while he was being roped down for what would be the decider.

The Hawks tried to put an exclamation point on it early in the third with a surge, but Al Montoya actually played great this evening, much better than he usually does at rat hockey in Buffalo Grove, and kept his team in it long enough for them to make their own ultimately futile push during the final minutes. Hawks troi, Canadiens deux.