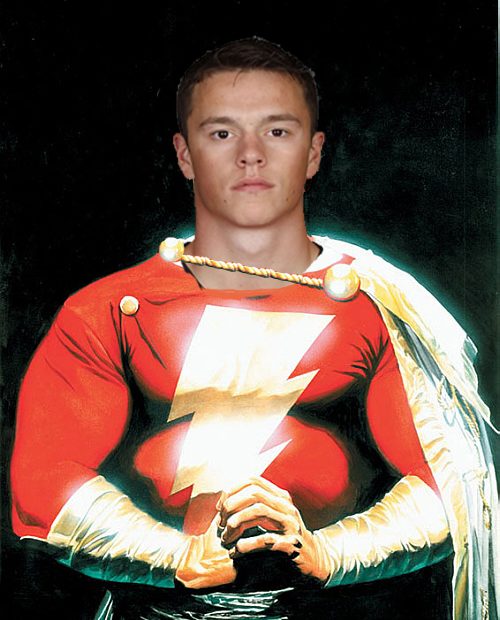 All in all, things are pretty positive for the Hawks right now. Best record in the West, best goalie in the West (Price still carries the overall belt, you’d have to say), and a bunch of guys scoring. Under the surface, the analytical numbers aren’t exactly positive but are somewhat trending up and the hope being that as a young lineup gets more and more accustomed to the NHL game that should trend up even more. At least that’s the hope.

Except, six weeks into the season the cornerstone of the forwards really isn’t playing all that well.

When you adjust Toews’s possession numbers for zone and score, he’s at 47.5%, the worst mark of his career by some distance. The only other one that comes close is his 49.5 mark in his rookie year, and that was above the team average under the octopus-who-plays-the-drum coaching of Denis Savard. So clearly something is amiss.

So far this season, Toews’s goals per 60 at evens is the worst mark of his career, as are his points. Toews is averaging just about the same amount of shots per 60 as he did last year, but both of those marks are far below the heights of 2011-2015. His attempts per 60 are slightly up from last year as well, but again both are a decline from the bonkers numbers he put up in the three year span from 2012-2014.

I’m not exactly sure what it means, but there is one true peculiarity about Toews’s season so far. We haven’t used Corsica’s “Average Distance” stat much, and I’m sure it has its faults as well as its features. But so far this year Toews’s average shot distance is coming from four feet closer to the net than any of the previous two years. Which makes you think that the dam has to break pretty damn soon.

At some point, we can’t keep pointing to his linemates, which we’ve done for a season plus now. Last year it was that Hossa’s legs just weren’t what they used to be and they had no left wing. Andrew Ladd ended up not being an answer to that at all. This year, Hossa does seem to have a bit more jump, but he didn’t find it until he was put with Pantera. For all his gifts on the ice, Kane has never really been a great possession player. He just maximizes what he gets. So far together this season, Kane and Toews are carrying play at a mere 45.9%. Both have been better when away from each other.

Watching Toews so far this year, he just isn’t quite as strong on the puck as we’re accustomed to. Usually when Toews gets position behind either net on an opponent, he’s coming out of there with the puck. That hasn’t happened as much. He’s spending more time in his own zone. Sure, without Hossa and given the rest of the lineup’s makeup there isn’t someone to double up with him down low as we saw when he was truly dominant. Saad could do it too. Clearly that’s a part of it.

There’s no reason to think he won’t come out of it. Anze Kopitar went through something like this last season as well, and then bounced back to have a plus-possession and 74-point season. Henrik Zetterberg, the other player I’m usually tempted to compare Toews to, has remained a possession monster into his mid-30s. But he moved to wing and that’s not going to happen for Toews.

Should be an interesting trip for him. While none of the teams on this seven-game slate are playing all that well, they feature top centers that are. Toews could see Scheifele (which the analytic numbers make out to be a real star), Monahan who had his share of fun at the UC, McJesus, Thornton, Getzlaf, and Kopitar.

The Hawks have been able to get here without the same production from Toews, which is actually encouraging. But you can only ride that monorail for so long before the brakes give out.