Did You Expect Anything Else? Eagles 22, Bears 14 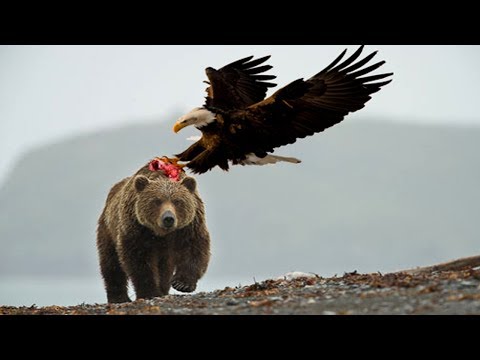 We’ve talked enough about an offense that can’t get out of their own way, so let’s first talk some shit about the way the defense came out today. This is a unit that looked as though they were tired and undisciplined and checked out. If we are being honest, who can blame them? They are on the field ALL the time and they rarely every start drives deep in their opponent’s territory because the offense is fucked. Moreover, the defense isn’t healthy – it’s a perfect storm of moderate shittyness that is becoming more expected than it is maddening.

So, lets unwrap and react to what was a yet another demoralizing loss in a season that has been full of them:

• It’s hard to find new ways to describe the ineffectiveness of the Bears offense at this point, but dammit I am going to try. This team had -1 yard of total offense in the 1st quarter – that pretty much sums up what they were able to accomplish early on. Mitch wasn’t great, but his O-Line is a collection of guys who simply aren’t very good at their job and probably shouldn’t be in the NFL. If you take a QB who isn’t very good, and then give him absolutely no time to throw, the results are inevitable. When the O-Line isn’t holding or false starting, they are getting blown off the ball and giving up pressures at best, and sacks at worst.

• Jordan Howard has always run hard. As I wrote earlier this week, I find it shocking that the Bears couldn’t find a reason to keep him around. Yes, his hands were a liability, but with Tarik Cohen in the backfield, you don’t need Howard catching balls. You need him to run tough and block well – which is exactly what he has done with the Eagles this year. Sunday was vintage Howard; 82 tough yards mostly between the tackles. Nothing overly pretty, but sign me up for 80 and a TD every Sunday.

• Trubisky missed badly on two deep balls; and when I say badly, I mean he missed his receiver by at least 5 yards. If you look around the league, you just don’t see too many QBs missing by that much. Mitch has never been supremely accurate with the long ball, but like many other facets of his game, I am not seeing any improvement.

• Being down 12-0 at the half was astonishingly fortunate for the Bears. Afterall, they had 2 first downs and 9 total yards on 20 offensive plays. Hysterically, they had 1 yard passing. 1. What can you say really? They. Just. Fucking. Suck.

• I will give this team credit for not quitting. That sentence right there is what this season has become. We are giving a team that has Super Bowl aspirations in the off-season credit for not quitting 7.5 games into the season. The Bears offense came out of halftime and competed. They weren’t good enough on either side of the ball on Sunday; but they didn’t shut it down.

• Matt Nagy finally realized his best chance for success it to move Trubisky around the pocket. Part of me feels Nagy was thinking “I’m done protecting this guy, both mentally and physically. If he gets hurt, I have a system-type guy that we step in and make the reads I want.”

• The Bears secondary was good today. Not only in pass coverage, but also in supporting the run. Effort like this from this position group will win you some games. It was their best effort of the season and if you are looking for reasons why the Bears can still make a playoff run, you can win with this group the way they played today.

• NFL games are growing increasingly difficult to watch. With the number of flags, and in turn stoppages, there is no flow to the game. Dick Stockton doesn’t necessarily help the viewer experience either.

• Allen Robinson is the best (only) offensive option on this team, but he was bad today. 2 key drops hurt, but not has bad as his 1 catch, 6-yard performance. Robinson is too good of a teammate to air out his QB or O-Line, but you must think that 1 catch on 6 targets will elicit some major unhappiness this week from the should be Pro Bowler.

• The end of the game should have the end of Adam Shaheen’s career.

In the end, this is a 3-5 team that has lost its way and is showing no signs of getting out of it. The surprisingly talented Detroit Lions come to Soldier Field next week to take on the last place Chicago Bears; let that sentence sink in for a minute.