Did You Ever See Dallas From A DC-9 At Night?: Hawks at Stars Preview/Pregame Thread/Wheatgrass Cleanse 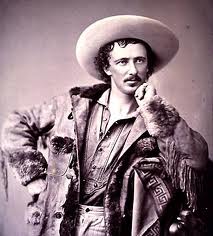 GET YOUR BISCUITS IN THE OVEN AND YOUR BUNS IN THE BED: Defending Big D

At little while ago, this weekend looked like another cupcake gauntlet for the Hawks (mmmmm, cupcake gauntlet… ). The Stars and Oilers were both near the bottom of their respective divisions, and to be kind to them they were both struggling to adapt to new coaches. However, the volume has turned up slightly as the Stars have won three in a row – two in the home run derby and one in overtime. However, two of the wins came in Boston and Detroit, so it’s not to be sneezed at like some black mold. If this were NBA JAM, the play-by-play guy would tell us the Stars are heating up (yes, I know it only took three straight shots in NBA JAM to be on fire, but two shootout wins and an OT win don’t scream “on fire!” to me quite yet. So shut up).

This will be the Hawks first look at the Stars as both a division rival (at least since the mid-2000’s) and their retool down the middle. Out went Hawk-killer Loui Eriksson (and thanks for that) and in came Rich Peverley (something of a Hawks killer himself last spring) and the big gun Tyler Seguin. While Seguin clearly had his problems, this did feel like the B’s giving up a little too soon. And of course as everyone figured, with Seguin bumping Jamie Been to his natural wing position, those two have combined to be Dr. Giggles-lethal (assuming, never actually saw it). Both have 15 points in 16 games, and with first round pick Valeri Nichushkin joining them (can’t tell you how much I’m looking forward to spelling that five or six times a year), it’s a pretty quality top line.

The Stars are still pretty strong down the middle behind that with Peverley, what I hope will be a Hawks trade target if needed Vern Fiddler, the Ginger Ninja Cody Eakin, and the 10 minutes that Shawn Horcoff is healthy all being able to play center.

However, the wings are a little weak as now that Alex Chiasson isn’t shooting 75% or whatever. Erik Cole is aged and can’t be the bowling ball he once was. Antoine Roussel is a mini-Alex Burrows, which isn’t nearly as cool as mini-Ditkas. In some ways he may be worse, as he’s actually French instead of pretend-French like the Quebecois Burrows.

But as we always seemingly say with the Stars, this blue line isn’t going to make anyone square dance or shoot a gun in the air or whatever it is they do in Texas. Though Brenden Dillon has started to gobble up Stephane Robidas’s big-time minutes, if you’re still counting on Robidas to anchor your defense you’ve got problems. Sergei Gonchar can regale you with tales of Sputnik 1, Alex Goligoski has basically played himself out of town, and I’ve never been too clear on what it is Trevor Daley actually does. This may tell you why the Stars give up over 33 shots per game.

But the world hasn’t ended because Kari Let-one-in is doing his usual autumn stud thing before he dry heaves when it really counts. Has a save-percentage at .934, and he’s stolen games from the Hawks before (literally, in one case if I recall).

For the Hawks, Sheldon Brookbank will once again play wing and Morin will be scratched and whatever. I’m too tired to care at this point. The main point of the game will be to keep Benn and Seguin from going off, as if you can do that the Stars’ secondary scoring just isn’t there. If Lehtonen isn’t speaking in tongues in net, then this defense is not going to limit the chances the Hawks get, and it could be a firing squad. Corey Crawford gets the start.

The Hawks took both games in Big D last year, one was the comeback during the Streak To The Sea that Hossa ended on the power play and the other was The Ocho. Probably still remembered by some Stars. Tread carefully.