Did Monday’s Trade Have Anything To Do With Anthony Rizzo? 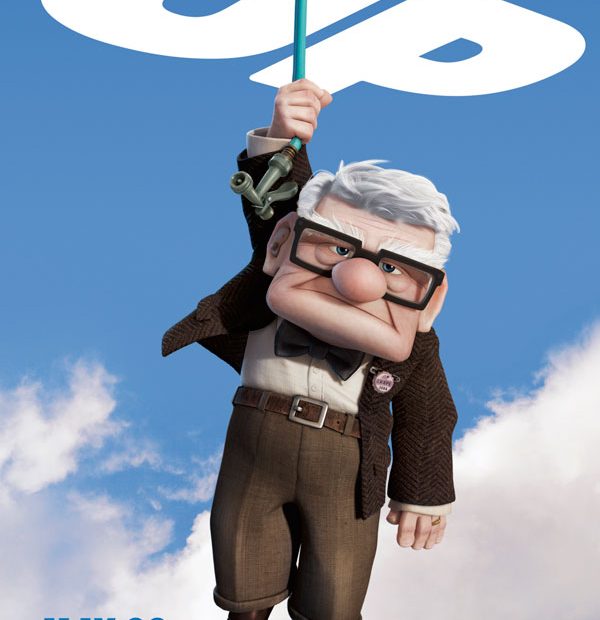 Cubs fans have a tendency to go a bit looney, as you well know. So Monday’s trade started a bunch of conspiracy theories about how Martin Maldonado would allow Victor Caratini to be used as part of a bigger deadline trade, or that Willson Contreras would find himself more in the outfield to boost the offense (and ruin the defense), or whatever else. So let’s stretch it out to ridiculous proportions, because I haven’t been able to shake the thought. Are the Cubs planning for a possible IL stay for Anthony Rizzo?

The reason I ask and think this is clearly Rizzo hasn’t been himself lately. He hasn’t homered since June 15th. He slugged .394 in June. So the worry was that something was wrong. When Rizzo’s power goes away that badly for that long, you almost have to assume it’s something physical.

This line of thought is rendered nonsense by Rizzo’s July, where he’s slugging .594 without homering somehow, his hard-contact is back over 40% and his line-drive rate is over 30% of the month of July. So in these past couple weeks, Rizzo’s lack of homers is something more of a quirk than a sign of concern.

Still, overall, Rizzo’s homer-production is down again for a second-consecutive year, and he’s going to have to hustle to get over 30 for the season that’s been the norm for him for his career. And while belting line-drives all over the field isn’t a bad thing by any means, it’s not really Rizzo’s game at all. He’s also carrying the lowest launch-angle of his career by some distance, so it still feels like something is up, at least a little.

So what went on in June, what’s going on now, and what does it all mean?

The first thing you notice about Rizzo’s June is that he was having real trouble with offspeed pitches. His whiff-percentage went from 8% in May on them to 20% in June, or 38% whiffs per swing. He wasn’t really seeing them more often, he just couldn’t do anything with them. Overall though, Rizzo wasn’t hitting anything well.

But now he is. And it appears that he’s rediscovered what to do with pitches on the outside part of the plate, even outside the zone. Here’s his slugging by zone before June 1st, in June, and in July: 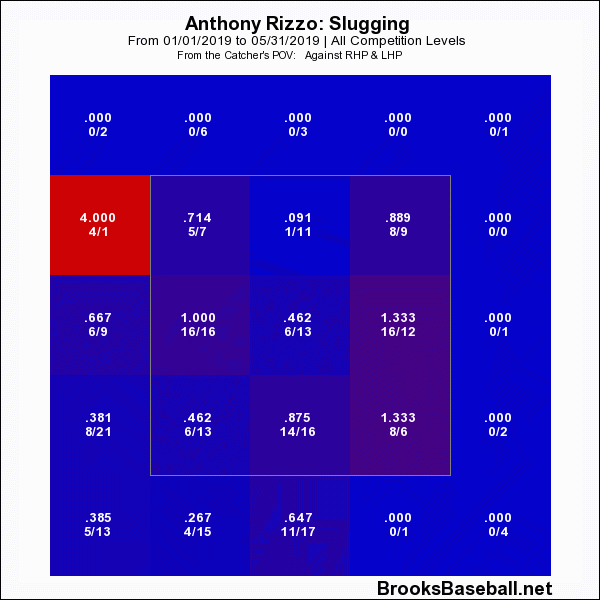 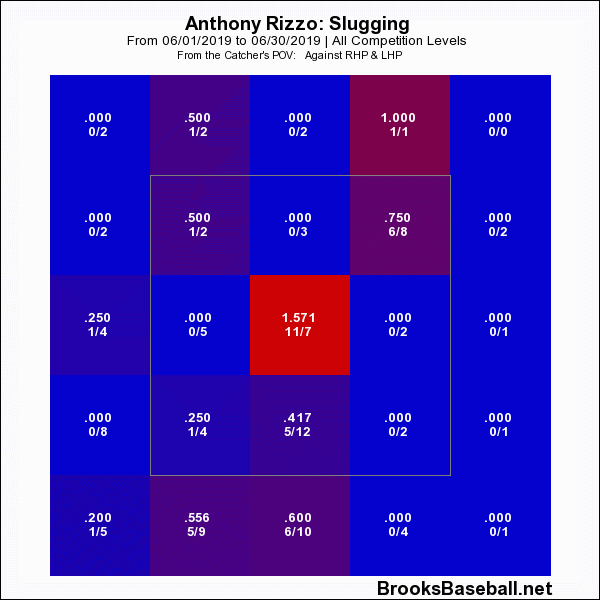 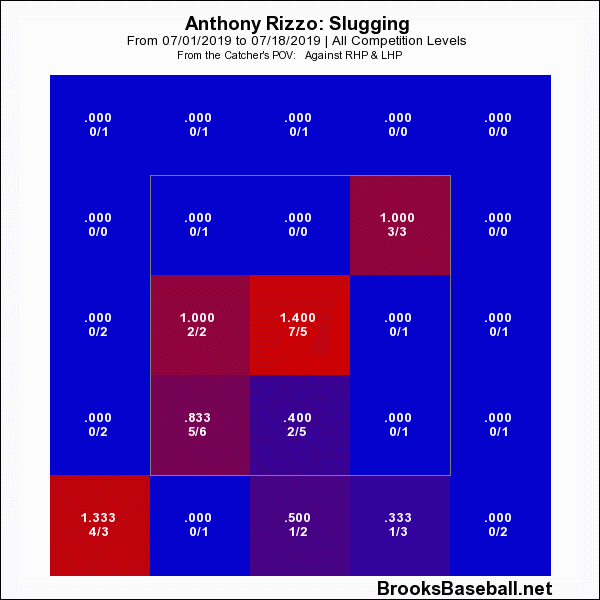 Rizzo is definitely concentrating on left field again, as he’s upped that percentage to 34.3% this month, which is well above his career average of 22%. And considering how much trouble he was having with offspeed and breaking pitches in June, it makes sense that he’s waiting longer, happy to drive fastballs the other way to give himself just a hair more time to diagnose curves and sliders and changes and such. Which might be why in the month of July, his average exit-velocity on offspeed pitches is 94 MPH. And he’s slugging over .500 on all of curves, sliders, and changes.

Still, Rizzo is hitting more grounders than ever, and less fly balls than ever, which isn’t good. Some of that has been replaced of late by line-drives, which is good, but all of it means less homers. Why should that be?

That’s harder to pinpoint. Rizzo’s grounders are up across the board, or on every pitch. There’s isn’t anything zone-wise either. He’s just hitting the ball lower. Is that approach? Swing change? Something physical that’s not allowing him to get the lift he used to?

As we move forward, we’ll see if more of Rizzo’s fly balls have just become line drives now, if he’s more Freddie Freeman (or old Freddie Freeman than this version) than Old Rizzo. A 23% fly ball rate is awfully low, which it is in June, but hey, line drives are good. Still feels like something is up here.

Tags: Anthony Rizzo can't get it up Chicago Cubs