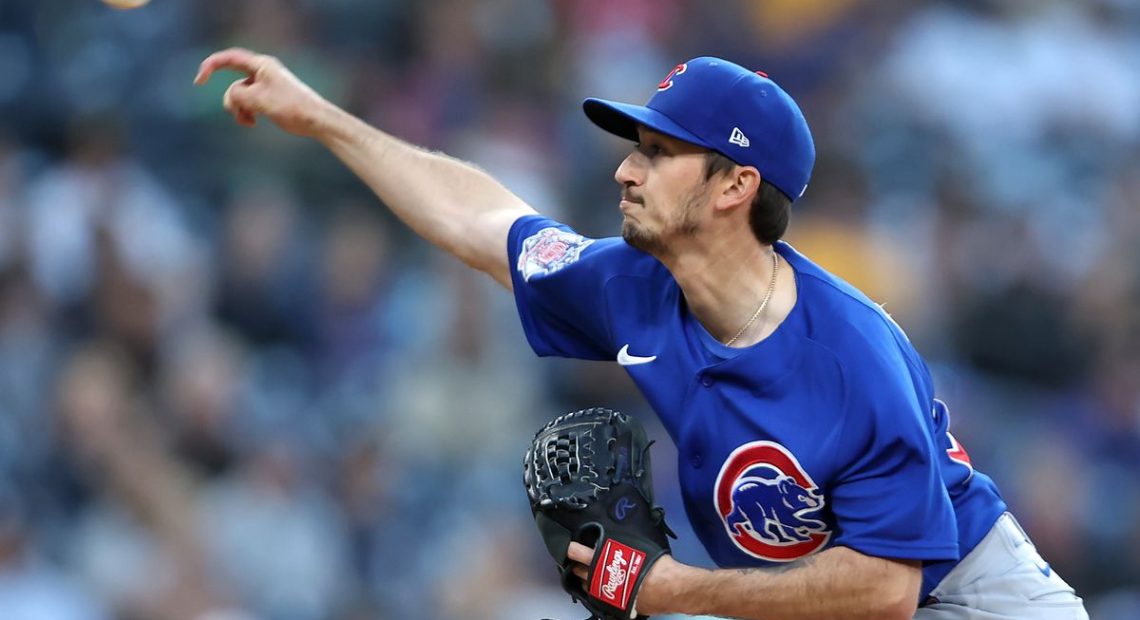 It probably helped that Fernando Tatis Jr. went 1-for-12 at the plate for the span of this series, but the Cubs were able end this first of two west coast road trips on a higher note than how they started. After getting the doors blown off of them in the first game thanks to not being able to outhit their pitching woes, the Cubs were able to beat on the Padres this week, holding them to only one run in the final two games of the series.

More importantly and amazingly, they were doing this without some of their best players—most notably absent this series was Javier Baez, who was on a roll offensively in the last Padres series. Jason Heyward has had no hits since returning, and the Cubs are still without Nico Hoerner, as well as David Bote, if that still matters to any of you. And the injuries keep on coming, as it was announced Adbert Alzolay would be added to the 10-day IL after an ugly start to this series.

Despite these obstacles, the Cubs came through offensively and were able to hold it together defensively to get the job done, even getting the win over Yu Darvish, who for all intents and purposes should still be pitching on this team. As we like to say here, the indignities never cease. Let’s break these games down.

Considering the Giants series we just came from, who could’ve guessed the Cubs’ starting pitcher would collapse in a game again? Alzolay allowed the Padres to get up early in this one, allowing two Padres runs in the first two innings of the game and having to throw over 50 pitches to get to the 3rd. By the 3rd inning, he had struck out Fernando Tatis Jr. for the second time of the night, along with Eric Hosmer, but a walk and a home run right afterward put the Cubs in a pretty dicey 4-0 hole.

After only two singles in the first three innings, the Cubs’ bats woke up just in time for a rally to make the game a one-run contest. Kris Bryant and Anthony Rizzo singled, and Patrick Wisdom walked to load the bases. Jake Marisnick, back in the lineup playing his first game in almost a month, hit a single that scored Bryant and Rizzo to make it 4-2. Ian Happ decided to come up and bunt for some reason, getting out at first but advancing the runners. Sergio Alcantara, the knockoff Baez replacement whenever he is needed, was able to RBI Wisdom on a sac fly, and then it was 4-3 Cubs.

Alzolay then proceeded to put up a four-pitch walk to start the 4th inning and Rossy yanked him. Alzolay was not happy with his performance, throwing his glove in the dugout and looking pretty pissed. Soon after the game it was announced he’d be put on the 10-day IL for a blistered finger. It was a tough outing for the young pitcher who is currently the only bright spot in the Cubs’ rotation that exists at all, but he’s gotta be better than tonight if the Cubs have a chance at the division or the playoffs.

The Dodgers scored two runs in the 6th and piled on three more in the 8th inning, allowing them to run away with the game. Rex Brothers, in to relieve for Alzolay, allowed no hits in his inning out, but Keegan Thompson allowed a hit that scored the runs in the 6th inning and Cory Abbott’s 1.1 innings at the end of the game allowed four hits and three runs, only one of them earned. The Cubs scored a measly run in the 7th inning thanks to a solo homer by Ian Happ, but other than that the Padres were able to successfully come out on top this game.

For once during his tenure with the Cubs, Zach Davies didn’t look half bad on the mound as he faced his team of yore. Despite this, the Padres’ starter in Dinelson Lamet was pitching well also, and we went the first three innings with no score. However, Lamet collapsed to start the 6th inning, giving up two singles and a double to score Joc Pederson and Kris Bryant, added onto the solo homer he gave up to Willson Contreras in the 4th. His reliever could only get the first out of the inning before allowing Patrick Wisdom’s 8TH DINGER IN 15 GAMES to blow the game wide open, 5-0 Cubs.

Certainly Zach Davies is no Yu Darvish, and I don’t think anyone else complains about that more than I do. However, Davies pitched a full 6 innings, allowed only one hit, walked only two batters and had 4 strikeouts. It was the lowest number of hits he’s allowed in a game all season, and by many numbers it was the best game he’s played generally since his season debut on April 4. Credit where credit’s due here.

The Cubs were able to score two more runs in the 7th inning to make the game really over, and thanks to our trusty bullpen the Padres never really got back in the game offensively. Andrew Chafin, Tommy Nance, and Alec Mills all pitched one inning each. Chafin had a strikeout and only allowed one hit, while Nance had two strikeouts and no hits at all. Alec Mills, making his first appearance on the mound for the Cubs in nearly a month, allowed the only Padres run of the game after walking two batters and letting Ha-Seong Kim hit a double. However, two strikeouts later he was able to end the game for the Cubs.

The Cubs are finally looking back to their winning form, able to win the series against the Padres despite having to face old demons and current elite pitching by Yu Darvish. It was Jake Arrieta who was up to the task of battling against him, and this game was a pitcher’s duel all the way until essentially the 7th inning, where the Cubs took the lead on an RBI double play by Rizzo. The other two runs were scored by solo homers for the Cubs, with Joc Pederson doing it in the 4th inning and Sergio Alcantara doing it in the 8th inning.

Like I said, it was a pitcher’s duel, and though Yu Darvish played the longer game, he was the one with the loss. Veteran Jake Arrieta only pitched five innings compared to Darvish’s seven, but he allowed only one run to Darvish’s two runs despite Arrieta allowing one more hit. The Cubs bullpen, and I know I sound like a broken record, got it done. Rex Brothers got the win with two strikeouts in his inning in the 6th. Tepera and Kimbrel also allowed no hits, despite Kimbrel having 0 strikeouts to close the game — very uncharacteristic of him.

The Cubs were intentionally sitting some important players this game in order to give them two days off before a big series this weekend against the Cardinals. In doing so, some younger players in the pipeline were able to show their skills, and Alcantara was certainly one of them again today with his important run and keeping things together at shortstop as Javier Baez took this series off. Additionally, we saw PJ Higgins catching for Willson Contreras and Rafael Ortega in for a stint. Props to these guys for sliding in and not being horrific — hell, even contributing at times.

Like I said, the Cubs have a day off tomorrow and then they come back to Wrigley where they will face off against the Cardinals for the first series at 100% fan capacity. The Cardinals have dropped a bit in the standings since we last played them, being 3.5 wins back of the Cubs and first place. Don’t look now, but the Cubs and the Brewers are neck and neck at the top of the Central Division, so any wins we can get against the Cardinals will be important, especially since the Brewers get the much easier matchup this weekend against the Pirates. Go Cubs go!