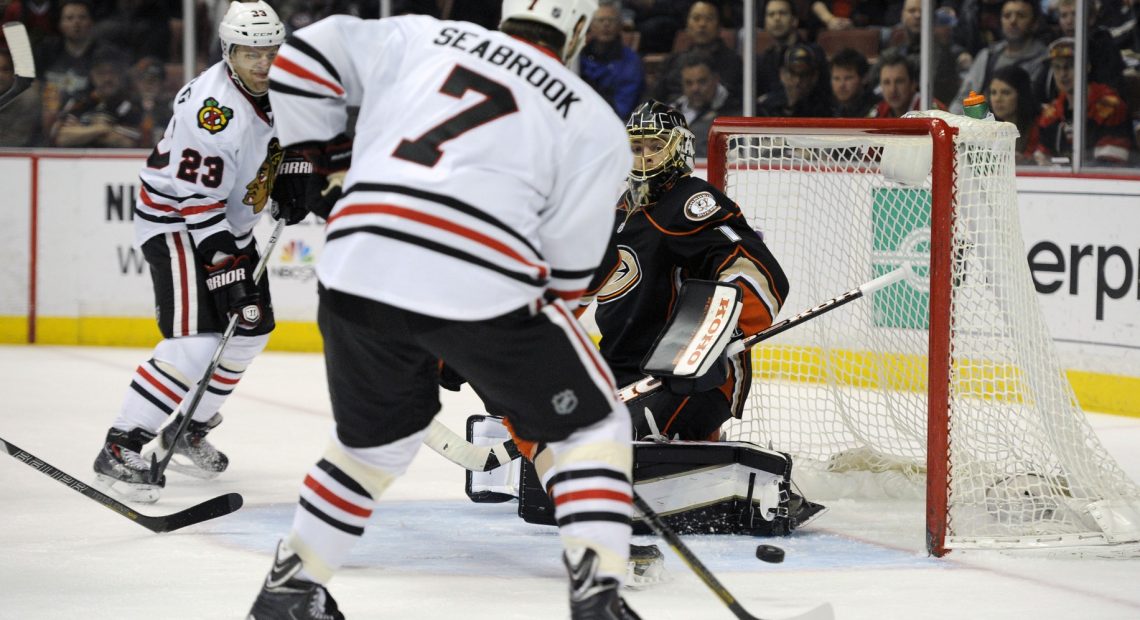 There’s something about this team. Even when they’re not very good (the last few weeks) they can still manage to outplay other teams seemingly at will. Few of us would believe that the Hawks are playing at their highest level right now and we’ve got plenty to complain about.. and even if we don’t, we’ll at least make some shit up.. but they still have somehow won 8 out of 10 possible points so far on the road trip with only a single game remaining before the break.

For long stretches of the game last night, the Ducks were probably the better team. Or at least it seems that way when they’ve got pretty much a constant power play. It’s not often we’ll see the Hawks get outshot, even rarer when it’s by such a large margin like the first period which ended 15-9 in the Ducks favor, and that’s only thanks to a late period rush from the Hawks. They easily could have ended the period with only 5-6 shots. The Hawks were able to turn in a brilliant defensive performance when they needed it though.  It’s late and I need to get to work so lets go straight to the bullets.