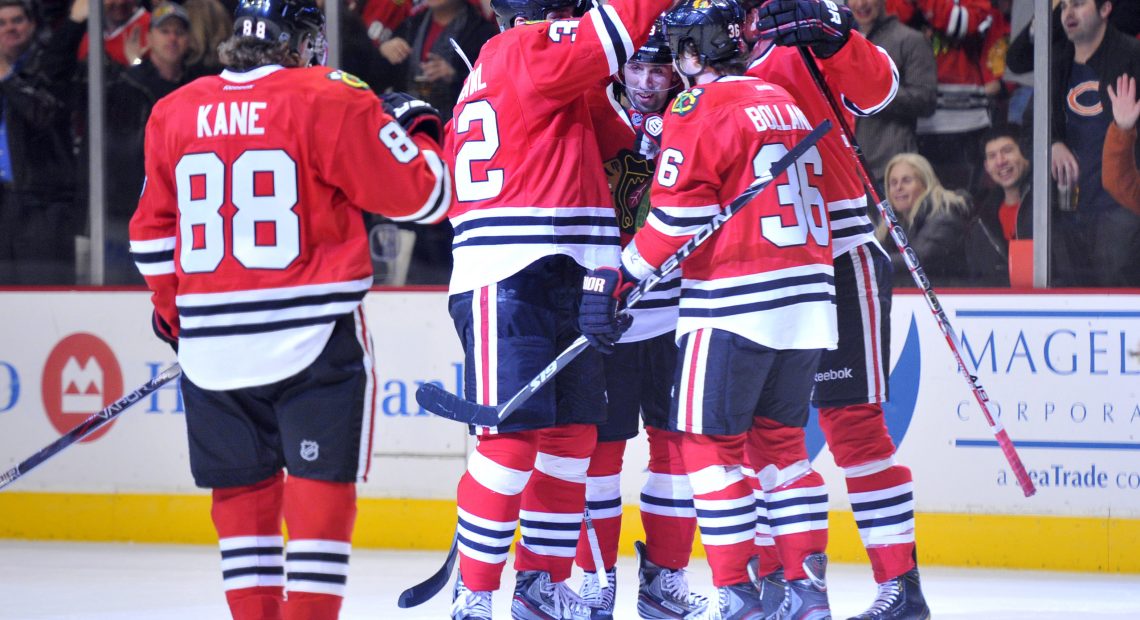 When this season-in-a-can started, we heard a lot of who the one plus of it was that every game would mean something, and the players were looking forward to the intensity of each and every game.

This one had the feel of a mid-January or February trudge in a normal season. After the Holiday excitement, with the playoffs too far away, you know how it goes. Just a run of the mill regular season game that both teams looked like the best reason they were there was because they had to be. After all was said and done, the Hawks ended up with a 2-0 win not akin to when your boss comes in and says you did a good job on a project you have no recollection of working on. At least I assume that happens. I wouldn’t know, I’ve never worked in an office.

-On a night where it looked like the veterans had some heavy legs and maybe heavy minds, it’s no surprise two kids were the best players on the ice. Brandon Saad and Nick Leddy were everywhere. As much as the Hawks struggled with the Kings forecheck the night before and resorted to the hated projectile vomiting of the puck around the boards, Leddy still attempted to skate his way out of trouble or find a teammate. Against the far slower and far less threatening Flames, Leddy pretty much had his way. And he got a gift from Kiprusoff, as he attempts to make sure no team would ever trade for him so he doesn’t have to go through actually not reporting.

-In a game where there was a malaise, Patrick Kane still made something happen on most every shift.

-Hey, Gorilla Salad got up to seven minutes! Jamal Mayers didn’t, which I thought was a bit weird because this was as good as he’s been all year. Whatever.

-Michael Frolik worked harder than anyone tonight, as he’s done all year. I’m very much looking forward to the playoff 4th line of Shaw-Kruger-Frolik, unless Frolik has to take a traded-Stalberg’s spot. Which would be fine.

-Pat and Eddie were quick to point out that about five good shifts made for Dave Bolland’s best game of the season. Doesn’t that tell you everything?

-If that was Iggy’s audition for the UC faithful, it wasn’t much of one. Granted, he’s on a completely mish-mashed line where no one’s a playmaker or a puck winner or anything but too shoosty. Granted, Iginla may already have the bags packed and the engine running. But I still would have liked to seen a flash of what he’s still capable of before I get comfy with Stan loading up the trunk to get him, if that is indeed what happens.

-Dennis Wideman keeps earning a check to play hockey. I’m still at a loss why.

-The power play didn’t make me weep and try and pierce my own nipple, even though it didn’t score. I guess that’s an improvement. I’d like to see Saad replace Stalberg as net presence I think. Stals would have a use in puck retrieval in a different system, but in this one Saad would be the better choice.

Onward, then. Chicharito is a bottom.

Let’s give it to Driver 8, Nick Leddy.