Chris Chelios Is A DeutschBank, And Other Thoughts 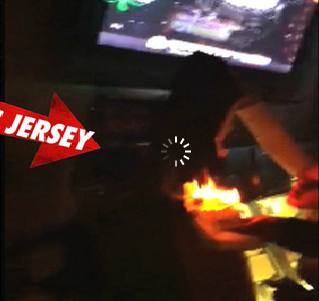 With all this time to kill and too much rattling around the ol’ cranium to not let it spill out occasionally, I think every Monday until we have hockey I’m going to bother you with whatever’s on my mind. Mostly just a review of the weekend sporting action I previewed on Friday. You’ll just have to deal, but you’ve never shied away from being my catharsis before.

We start off with a story making the rounds on the internet today from that bastion of dignity, TMZ. Chris Chelios was caught burning a Jay Cutler jersey last night while attending what I’m sure was a Joyce reading at Stanley’s. This is so fucking hilarious I think I might swallow my tongue.

While Jay Cutler is undoubtedly a jerk, I’m not sure where Chelli think his pedestal is that he can lord over him. Because unless I missed something, Cutty has never ended up in the Stoney Lonesome for getting drunk and trying to operate a vehicle. Chelios’s winning record here in Chicago resembles Cutler’s as well. None of his rings come from here. And Cutler certainly never insulted his fans so blatantly by bringing a Cup to Wrigley Field that he won with the team we dislike most.

While I’m all for letting the past be the past and celebrating Chelios as the great Hawk that he was, that doesn’t mean I don’t think he’s a complete tool. Because clearly he is. Oh hey, is your wife out there with you too, buddy?

-Anyway, let’s see what else went down this weekend. Did the White Sox ever look like they even considered beating the Angels once this weekend?

-I seriously could watch Denard Robinson attempt to play quarterback for hours. It’s like what I assume watching a drunken octopus try to make a pizza would look like. Clearly moving him to RB or receiver would have been better for his pro prospects and the team itself. But of course, Michigan stopped forward thinking about 1964.

-The Fire won again. They might win the whole thing in a couple months. You should get on board.

-The Bears didn’t win by 50, so they must be the worst team in the history of teams.

-Y’know, the NHL might be the dumbest league on this side of the Atlantic or in North America. But they only tried to foist fake refs upon us once, and that was for one playoff game in the 80’s between the Caps and Devils when the refs rightly boycotted. This NFL stuff, it’s really beyond belief. But that’s ok, I’m sure they’ll settle with the real refs when a player actually dies on the field. Which feels like it’s closer than ever to happening.

-If you haven’t got the new Bob Mould record, you should do that and enjoy the way it enhances your life.

-Of course, Mirtle comes up with a much better system than mine to solve the lockout. And it’s once again too logical to be considered by anybody. Of course, Mirtle is the reason we ended up here in the first place. He should be Prime Minister up there by now or something.