At The Center Of It All – Hawks Bring Back Peter Regin, Sign Brad Richards 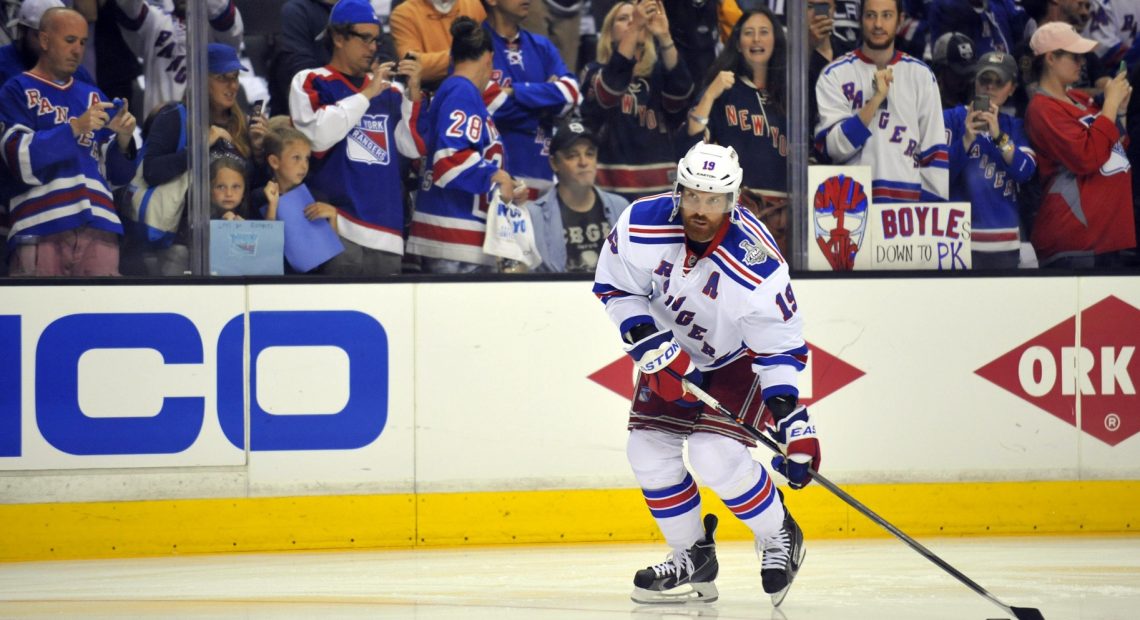 Today Stan Bowman took further steps in Quenneville proofing his forward group by bringing back step-child Peter Regin for one year and $650K, and Brad Richards, in a career reclamation move predicted on this very site about 24 hours ago.

The first move of the day was Regin, who it was rumored that the Hawks were interested in retaining Regin’s services after Bowman had acquired him from the Islanders in February. During intermittent action, Regin demonstrated a brain and feet, something two large and departed members of last year’s group could not. Regin was particularly effective during the season’s final two weeks with Jeremy Morin and Bryan Bickell, where they were a possession juggernaut that still failed to impress Quenneville enough to warrant much playoff time for either Morin or Regin. Regin also was instrumental on the specific play that allowed Patrick Kane to score the series clincher in St. Paul, only to find himself once again in the press box once Brandon Bollig returned from suspension. Now with Bollig in Calgary and fresh paper from the Hawks, it seems as though at least Bowman saw enough to force Quenneville into playing him more.

In Richards, the Hawks get a player who only three years ago was the prize of the free agent crop, and signed for a ransom in Manhattan to become the Rangers’ number one center. During that time, Richards produced .719 points per game in 210 regular season games, and .51 points per game in 55 playoff games. Those aren’t bad numbers….for a number two center. Similarly, Richards has been solidly on the positive side of the possession battle during the regular season, posting back-to-back years of a 54% CorsiFor. But it’s the playoff woes that led to Richard’s buyout, once again proving the Peter Principle, that talent generally rises to the level of its own incompetence. Richards was taking #1 center assignments and counted on for #1 center production from the Rangers, and when the space gets tighter and the matchups get more stringent in the playoffs, having him face the other team’s top end threats just wasn’t enough.

However, here in the Hawks situation, whether Quenneville is running a traditional makeup of two scoring lines, a checking line, and an energy line, or it’s three scoring lines with a human shield, Richards figures to face favorable competition and placed in a role to succeed. And though Richards didn’t play with complete bums in New York, there are far more options for him in the winger department here. Additionally, Richards has played a point on a power play in his career, giving the Hawks more looks in that department as well. And all for the price of a one-year, $2 million dollar deal. By all accounts, Richards is a bright guy, and clearly is conscious of what he needs to do to possibly get one more real contract before his career ends. This contract is a very clear case of Richards gambling on himself, with minimal risk from the Hawks. If he does go completely balls up and he does in fact have nothing left, the deal is easy to get out from under, and Teuvo is still waiting in the wings. It seems like a win-win for all parties involved.

Now if Stan could just find some team desperate for the floor upon which to pawn off Versteeg.