You Can Call Me Alberta: Hawks at Oilers Preview/Pregame Thread/Knitting Circle

DRAINAGE!!!!: The Copper N’ Blue, and some others maybe that haven’t actually been hired by the Oilers

The Hawks will continue what is now their last place tour of the West, yes Virginia the Wild have slipped behind the Avs, and see the last place team in the other division which would be the kabuki theater for and by monkeys that is the Edmonton Oilers. And while I know these guys fly on charter jets and stay in five-star hotels and all that, a back-to-back in St. Paul and then Edmonton seems a bit over the top. So I wouldn’t be shocked if the Hawks’ legs just aren’t there tonight. Hell, they haven’t always been there when they’ve had optimum rest. But thankfully, you don’t have to be all there when playing the Oil.

I don’t know that there’s much that I can add that you don’t already know about Edmonton. They’re terrible. They never responded to any part of Dallas Eakins’s system in either end, and we’re basically a quick-moving ooze around the ice in any sort of pattern. The goalies they counted on to bail them out of their defensive failings have been utterly awful, so actually their record for at least the first couple months was worse than it should have been considering what their possession stats said. It hasn’t been that way recently, when things have basically given up the ghost.

At this point, it’s now a question of who will be jettisoned and who will be held over to be part of Rebuild III. And of course if you’ve read us recently, there’s on piece we’ll be keeping a close eye on in Jeff Petry, who would make excellent Oduya Insurance if he could be acquired. The only certainties to stay are Ryan Nugent-Hopkins and maybe, maybe Taylor Hall (the Oilers would have to be out of their minds to give up on him). But Eberle, Schultz, Yakupov, and whatever else isn’t battened down might want to start taking the art off the walls.

The Hawks will find the Oilers as “hot” as they’ve been all season, getting points in four of their last five and winning two of those. Their last effort though saw them get completely kicked around by the Red Wings even though they only lost 4-2. And the only teams they’ve held under 30 shots the past month have been the also possession-allergic Coyotes, Flames, and Avs.

And yet the memories of horrors suffered in Rexall place haven’t completely washed away. You forget that they were three years ago, and the Hawks have simply pecker-slapped the Oilers in every game there since. The last three games the Hawks have played in northern Alberta have gone their way by the tune of 16-3 combined. That was topped off by November’s 7-1 DDT, so maybe that has the Oilers come out with some fire? Would it matter?

Antti Raanta will take the start as Corey Crawford intakes a ton of liquids still to recover from his effort in St. Paul.

This is the part where I’ll say if the Hawks completely fall asleep here, the Oilers have enough speed and skill in the forwards to make them pay. We’ve seen it at least once every year, though usually at the United Center these days. The Oilers only have two wins over Western Conference opponents this year, but they came against the Sharks and Kings so good teams can find a way to drop one to this lot if they really, really try. Even under interim coach Todd Nelson the Oilers leave huge swaths of open ice as he still tries to tighten up things in any shape.

Considering the Predators just don’t ever lose, these are two points you have to get no matter how bored or out of it you are.

And again, if you’re around join us at Hudson’s. Come hit Killion with a fish. 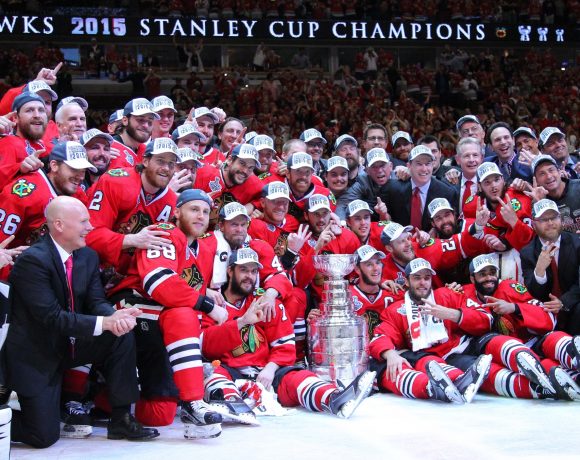 Till The Wheels Fall Off – Hawks at Lightning Preview, Security Camera Installation