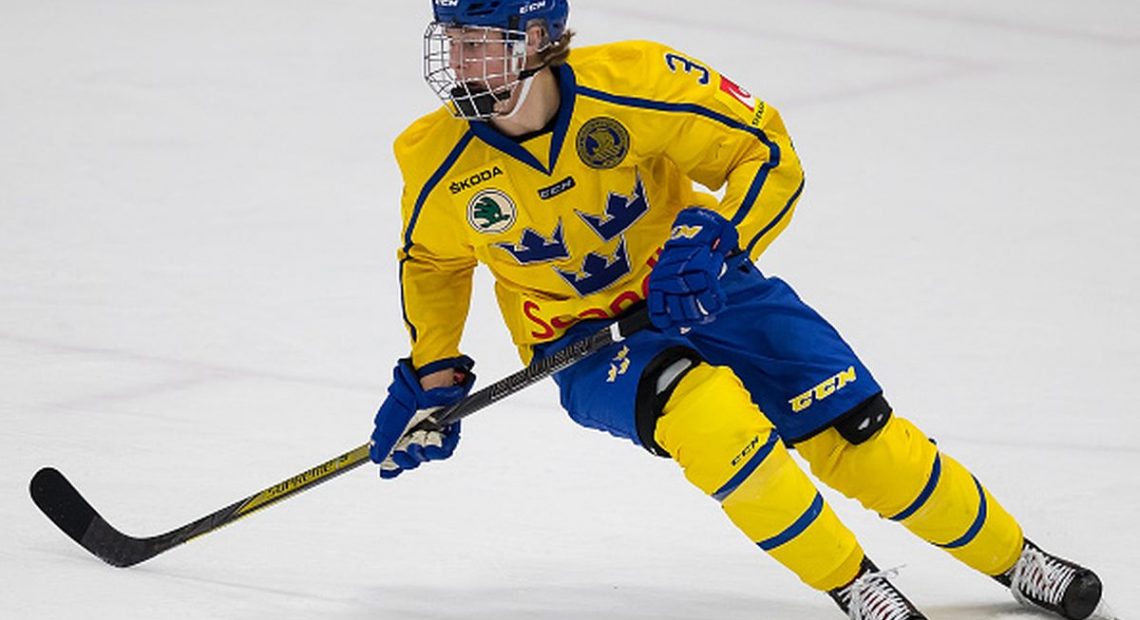 As Sam said yesterday about Ty Smith, and because this is the direction the game and league is really headed with the position, you could probably just copy and paste Quinn Hughes draft preview (or Smith’s from yesterday) to get this preview of Adam Boqvist out of Sweden done. Though not necessarily small at 5’11” and 170 lbs, he could probably benefit from adding some size in the form of muscle and weight, and his offensive game is incredibly advanced. In fact, reading some scouting reports on him makes him sound more like a dynamo forward than a blue liner.

His shot has been heralded as one of the best in the draft – not just among defensemen – and one scouting report said he might even have the quickest release of any player in the draft in that regard. That’s a major plus and definitely an indicator that he’s a future power play point man.

The movement is where he gets the most praise, though, both of himself and the puck. His vision and passing ability is top level, and he has drawn comparison’s to Erik Karlsson, which is maybe a combination of hyperbole and lazy player comparison, but also could be an absolutely huge boon for whoever ends up drafting him. It’s certainly a possibility that he has the offensive capability to match up to EK65, and even if he does that is not necessarily the kind of thing that would make him a certified top-3 pick.

That’s because his defensive game does still need some work. He’s got a bit of early Nick Leddy in him, where he’s quick to flee the zone and try to jump into rushes even at times he shouldn’t be. Some reports mentioned him looking to get up the ice before his team even retrieved the puck, causing some breakdowns in the zone. He still needs some work on positioning in the d-zone as well, though his active stick and ability to use his speed to keep up with opposing forwards helps him in that regard.

Boqvist also brings an added advantage that almost no other prospects in the draft does other than number one pick Rasmus Dahlin, and that is experience playing against actual grown men in a professional league. Although, in Boqvist’s case it significantly less – he played in just 15 games in the SHL last year and registered only one point in that time – but it’s still a valuable experience to build on. He also dominated the SuperElit league with Brynas IF’s U20 team before getting the call to the main squad, notching 14 goals and 10 assists for a 24 point total in 25 games.

There’s a decent chance Boqvist doesn’t even end up being available to the Hawks at 8, but if he is there he seems like a sensible pick. There’s a slight chance he could prove to be NHL ready next year, though most scouting reports say he’s a year away (but when you’re picking at 8, everyone is) while others say he’s at least “a few” years away. There’s some projection to Boqvist but his ceiling is high and his game is tailored to today’s NHL, and he’d be another high-level right shot blue line prospect for the Hawks to add to the system.