Beard Of The Day – May 8th – Mark Oliver Everett 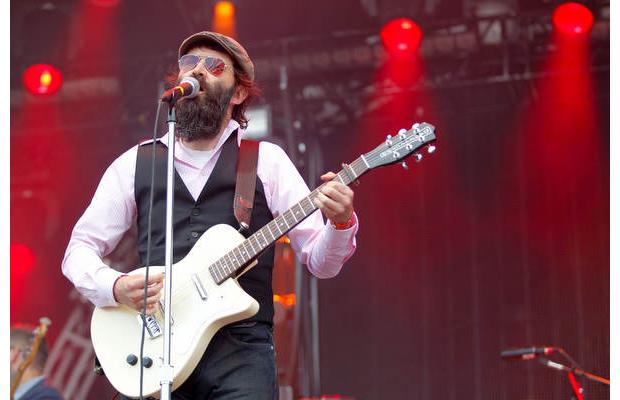 With today being the second of two days off after a disheartening 4-0 shutout at the hands of a goalie who had a previously embarrassing save percentage in the series, it’s natural that things have taken a sober and somber tone even in spite of a 2-1 series lead. And no one does somber, and in an uplifting fashion, than the bearded Mark Oliver Everett, mastermind of the Eels.

Bursting onto the college radio scene in 1996 with their debut record Beautiful Freak, Everett and his cohorts were in frequent rotation with catchy, albeit depressing songs like “Novacaine For The Soul” and “Rags To Rags”. But two years later, in the aftermath of both his mother’s death and his sister’s suicide, Everett penned Electro-Shock Blues, which over 15 years later still stands as his signature songwriting achievement.

Since then Everett has released eight more records under the Eels banner, including one just a couple of weeks ago, The Cautionary Tales of Mark Oliver Everett, all while donning a very full beard, albeit with quite a bit of salt to go with this pepper these days.