Beard Of The Day – May 22nd – Elmore Leonard 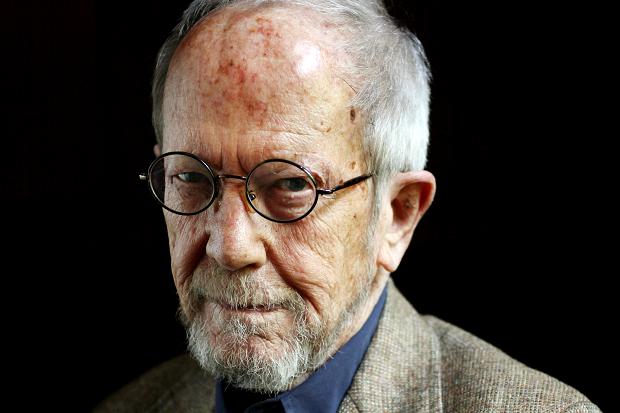 As the Hawks make their way to Hollywood, one thing the film industry is aware of is that any film or television show that gets produced is only as good as its premise and its story. And there were few authors as prolific and talented to write stories that have translated so well to either screen as the bearded late Elmore Leonard, who died in 2013.

Born in New Orleans but raised in suburban Detroit, Leonard’s early work focused primarily on Westerns, one of his first works still remains his most famous, the short story 3:10 To Yuma which had not one, but two film adaptations, the first in 1957, and the second in 2007 starring Russell Crowe and Christian Bale.

Many of Leonard’s works focused on caper crimes and utilized gritty language, which is what made so many of them so easily adaptable for filmmakers, and his list of hits in both film and literature is without a peer. Get Shorty, The Big Bounce (two adaptations), Be Cool, Out of Sight (which also ended up being adapted for the TV series Karen Sisco), Rum Punch as the basis for Jackie Brown, and his recurring character of Raylan Givens in several novels which have formed the basis for the acclaimed series Justified, and was the basis for his final work before his death Raylan, in 2012. Leonard’s contributions to the show earned him a Peabody Award in 2010, as well.

And though Leonard and his silver beard passed away in 2013, his legacy will not be forgotten with his many timeless works, many of which are sure to be adapted all over again in the future.