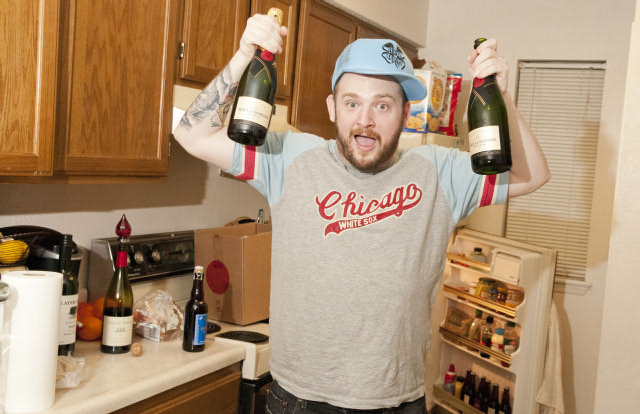 If any city in the Midwest has an even greater distaste for St. Louis, it’s Kansas City (both the Kansas and Missouri sides), and that’s before even getting into how Cardinals fans still won’t shut up about how they got jobbed in the 1985 World Series. And there’s no one more proud of his Kansas City heritage than rapper Mac Lethal.

Lethal, born David McCleary Sheldon, has been in the game for over a decade now, occasionally even moonlighting on the Slug-run, Minneapolis based mid-major label Rhymesayers, and has never shied away from his Irish or midwestern heritage. Additionally, he found minor internet meme celebrity status when it was discovered he was the culprit behind Texts From Bennett, a Tumblr and subsequent book detailing the trials and trevails of Lethal’s ill-informed teenage “cousin”. Whether or not Bennett is a hoax, one thing that cannot be debated is just how clean and rapid fire Lethal’s delivery is and always has been, nor that his beard is textbook Irish American patchwork.