Back To The Front 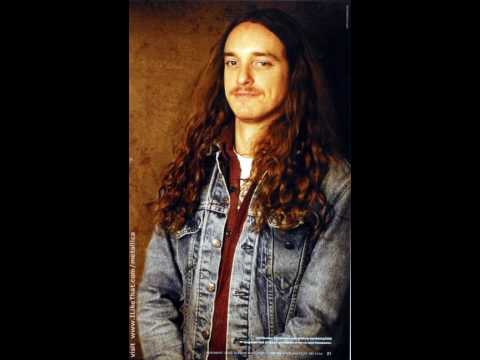 Do I really need a reason to post a picture of Cliff Burton? I didn’t think so. He’s who I pray to, so I think he got this done for us all yesterday.

Let’s talk hockey. Fuck and yes. By now you all know the details of the CBA — cliff notes version: same cap this year, $64 million next year, two buyouts, eight-year limit on your free agents, seven on others, 50% variance. Ok then, what does all this mean for your beloved Men Of The Red And Black?

How do the Hawks stack up cap-wise?

They’re actually going to be pretty safe, which should keep me from having to defend Stan Bowman for a good five minutes. Oh my god, I get to play with Cap Geek now! I haven’t done that in like a year!

Right now, the Hawks are at a cap-payroll of 64.4. Now, that’s before the expected trade of Niklas Hjalmarsson and the jettisoning of some floatsam. Maybe Frolik, maybe Stalberg, or one or two other names. But likely something would have to come back, so the Hawks will be somewhere around 62-64 million for this year. Even if Jimmy Hayes and Brandon Bollig don’t appear up here, Brandon Saad will, so that cancels out.

The big question is what happens next year. Right now, the Hawks have 17 players signed for next season at a cost of $57 million. But that includes Hammer, and we all expect him to not be here. If that’s the case, that’s 16 signed for 53.5 million. Let’s throw in a Montador buyout and that’s 15 for about 50.8 million. Personally, I would buy out Oduya first because I think Clendening could skate third-pairing minutes next year for much cheaper, but that will depend on how he finishes in Rockford getting top pair minutes this year.

The real boon here is that some of those open slots next season are going to be swallowed up by kids in the system. Saad will assuredly be on the team next year if by some miracle he isn’t this one. So that’s 16 slots filled at just 51.6. For argument’s sake, let’s say Danault makes the big jump, that’s 17 at 52.5. I’ll throw Morin in there just because, and that’s 18 at about 53.4. You can replace Morin’s name with Hayes (either brother) or McNeill or someone else, and it’s about the same.

That will leave somewhere around 10 mildo to play with. There are some FA’s to think about, as both Leddy and Kruger will probably be priorities  in the offseason. But neither are going to combine to swallow up anywhere near all of that 10 million in space. Stalberg and Bickell are also up, but there are players in the system coming to replace them, and they’ll probably only stick around if they can be had for cheap again. So as far as big market teams go, the Hawks are pretty well positioned. It will take some work, but they’re not going to have to sacrifice anything to a demon to make it work like GMs in Vancouver or Philadelphia just might.

The following season, when the cap will almost certainly drop again, the Hawks only have the core minus Bolland but plus Montador and Oduya signed. Sadly, those eight guys take up 41 million, but if we remove Oduya and Montador from the equation that frees up a further six million. What happens then will depend on how the Danaults, Saads, Johns, Clendenings, Carruths, and other kids look by then.

How are the Hawks positioned on the ice this year?

I’ll give  you a day or two before you start worrying about this, because you’re going to. That’s because in a shortened, compressed schedule where the play for at least the first month is going to be utter dogshit, pretty much everything is going to come down to goaltending and special teams. I’ll pause for a second while your lunch comes up.

Corey Crawford hasn’t been playing anywhere as far as I know. We have no idea how a full eight months off with only a week’s training camp is going to affect him. Ray Emery isn’t much relief either, and the Hawks very well could pay for not being more ambitious with their backup goaltending position. Unless of course Bowman addressed it when the gates open this week. Yeah, urpy.

Special teams? I have this hunch we’ll spend enough time talking about this over the next few months that I don’t have to just this minute.

On the plus side, the Hawks have plenty of players who have spent a lot of time together and won’t need to gel. You could throw Daydream Nation and Sharp-Shooter out there tomorrow and they’d probably score pretty regularly. Same thing with Seabrook and Keith. Bolland-Bickell-Frolik could walk out tomorrow as well and be one of the better checking lines around. So there are some things you can get excited about.

Any new nicknames from you idiots this season?

I think I may add “Johnny Revelator” to “Captain Marvel” and the other ones we have for Toews. But I’ll keep you posted.

When’s your official season preview start on the blog?

End of the week probably.

Will there be a site launch/opening night party somewhere where everyone gets to hit Killion with a fish?

You bet your ass there will be, and we’re working on it now. Even if I have to host it myself and you all have to sit on Lena the printer. Actually, Killion’s place is bigger so we’ll go there. And you all can play with the dog. Jackson’s much nicer than the three of us anyway.