Any Shade Of Lipstick: Hawks 2 – Canucks 1 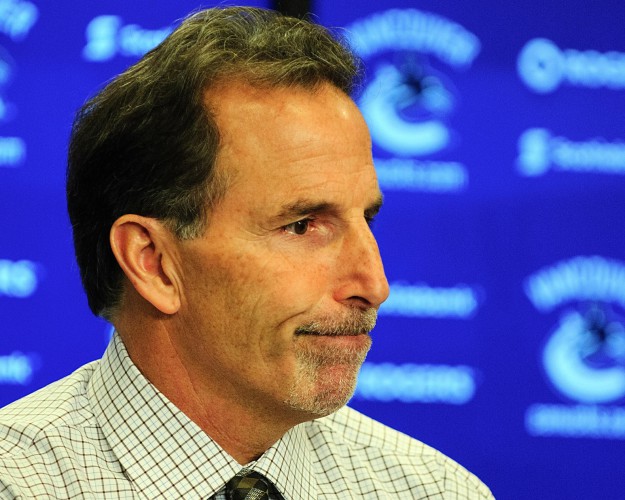 Thanks for pardoning the Saturday night wrap. You know how these things go.

While the players said different on both sides, and there was still some yapping and some gatherings after whistles, there’s definitely some heat out of the Hawks-Canucks rivalry. As more and more distance is put between the Playoff Trilogy, and each team has more and more its own things to deal with, that’s going to continue. It was always a rivalry built on this crop of players, and the more they change then it will fade out.

That doesn’t mean last night’s win didn’t feel particularly good, because it did. Maybe it’s partly because it was Vancouver, and maybe it was beating another team almost certainly using the game as a measuring stick. It was weird, until taking the lead I thought the Hawks were carrying most of the play. But as soon as they were up 2-1 it was bunker time, even though they weren’t the team that had played the night before. But whatever works, right?

-If you guys think I bitch about Joel Quenneville too much, I can’t even imagine what I’d do if John Tortorella was the Hawks coach or coached the team I rooted for. I’d probably have to have an Oxycotin addiction to get through it. No question he’s transformed the Nucks into his kind of team — collapse defensively into the middle and keep the slot clean, furiously work to close down shooting lanes, try to punch on the counter or when the chances provide themselves. Oh, and take an offensively talented team and strangle the life out of it so that every game seems like a hellish bout with drunk sex.

While he’s have an excellent season there, I absolutely hate Ryan Kesler on the wing. And I love Ryan Kesler (sorry Hawks fans, I really do, as annoying as he can be). A) it weakens the Canucks down the middle which used to be their strength (I wouldn’t be looking for reasons to get Mike Santorelli more time). B) Shoot-y, Pass-y, and Kesler are going to need canes to get around by March. All of them played over 25 minutes last night, and their the league’s three leading forwards in ice-time. They’re just not going to make it. C) With Kesler on the top line, the Nucks look awfully top heavy. Higgins has been ok without him but is more dangerous with. Hansen sucks without him. So does Booth. There’s just not a lot behind the Twins. Quite frankly, don’t see how this team escapes the Pacific right now.

-Alex Burrows hasn’t scored now that he doesn’t play with The Children Of The Corn? Well put me in an airport bathroom and call me Senator!!

-Of course Crow would be the player of the game after I tweeted early in it that he was losing his net again. But he was, he just made it work for a night. I always worry about Crawford when he’s getting out beyond the top of the paint to challenge shots. It’s not his game, and he doesn’t need to be. When he does, his movement side to side gets wacky. Kesler’s lone tally was kind of an example. It happened most of the night, but the Hawks defense was so good around the net he got away with hit. I’m sure Crow will notice on the film and work on it. Hopefully he gets until Friday to do so, because Raanta should get both Alberta starts to give Crow a breather.

-The Hawks did have their problems with the Torts system, because even though they carried the play before they scored, it was a lot of one and done. Two players who could break through that crease blockade of Vancouver are Hossa and Bickell, and the Hawks clearly missed that.

-Jeremy Morin had five minutes. This was after Brookbank had to shift to defense for an injured (?) Rozsival. Did he do something wrong I missed? I mean, I was drinking.

-Duncan Keith having his best game of the season in Vancouver must tickle Canucks fans somewhere special. What Keith is doing this year is really amazing when you consider Brent Seabrook is making the rocking world go round.

-While I don’t feel the same heat for Vancouver as before, watching Sedin dive to get a two-man advantage still had me nearly throwing my Krank Shaft at the TV. Some things never die.

-Good on Ryan Stanton for finding a way to have an NHL career that he wasn’t going to have here. But he can’t always run from being Ryan Stanton. Such was him getting suckered by Smith on a pinch at center ice that let Kruger in. And good on Kruger for never ever considering passing to Bollig.

-It was also good for Kruger to score to cover up that his line got crushed possession-wise all night. Kruger, Bollig, Smith were a combined -40 in Corsi. And there wasn’t one particular Canuck line that was doing the damage, it was whoever was out against them. And Kruger won 60% of his draws!

-Morin was even in that category for his short spurt, which made him one of the better on the team. What did he do wrong again?

-The best Corsi line was Brandon Pirri’s, because that’s a thing that happens now.

That’s enough for a Sunday. If the Hawks sweep Alberta — and there’s no reason they shouldn’t — they’ll guarantee themselves an over .500 trip and that’s always the aim.