And His Hair was Perfect: Blackhawks 5, Coyotes 2 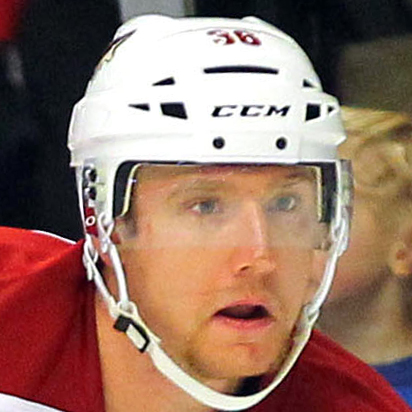 It’s funny that in previous years when the Blackhawks went out west during the Circus trip and we talked about the Hawks leaving a trail of scorched Earth in their path. Yet after the most successful Circus trip in franchise history, this just doesn’t hold the same gravitas or excitement as those previous trips. Maybe it’s because we all know what waits at the end of the rainbow is the real treasure. Or maybe its because the Hawks are such efficient killers now that the beatings aren’t nearly as sexy as they once were.

Either way, the trip ends with Hawks winning 6 of 7 and actually increasing their lead in the ever-competitive Central Division. Moving along….

–It’s taking a lot to quell my inner meatball that would rather have seen the Hawks go .500 on this trip as long as they gave a proper beating to the Avalanche. I just keep reminding myself A) there’s 4 more games left with them and B) eliminating them in the playoffs will feel much better.

–When scouts or analysts describe a player as having a “nose for the puck,” Andrew Shaw’s goal is the type of play that expression describes. As Brent Seabrook launched his off-balance shot towards the net, Shaw was standing to the right of Mike Smith. When the puck hit traffic in front, Shaw maneuvered his way through traffic to find the loose puck in a crowd of three or four players in the slot. Nevermind that Shaw’s shot was most assuredly one Smith would like to have back. The impressive part was Shaw finding the puck from where he started on the play and where he ended. Sure enough, it helped him find the back of the net.

After a slow start, Shaw is now on pace to eclipse the 20 goal mark.

–Was Antii Raanta as the backup this year “the plan all along”? Probably not. Seeing as though Khabibulin was signed for an excessive amount of money (even at just one year), it seems more like the Hawks were planning on developing similar to Niemi. In that, he would spend a year in Rockford adjusting to the North American game while Khabibulin gave them adequate play in the back-up role for this season.

Not surprisingly, the more you depend on Khabibulin, the more likely he is to let you down. So far, Raanta has provided the type of backup play the Hawks were expecting. There are a couple things he could stand to do better such as not flail about when the puck comes near his crease (see Martin Hanzal’s goal) but otherwise, it’s not the garbage fire that Khabibulin was.

–Despite having more than enough forwards to rotate on the penalty kill, Joel Quenneville used a rotation of Jonthan Toews, Marian Hossa, Michal Handzus and Marcus Kruger to do the lion’s share of killing. The penalty kill personnel is certainly one of the more curious decisions Quenneville has made this year. Generally when things are going bad, he will try just about anything to get it going. But it seems with the penalty kill, he’s becoming more conservative. Could Patrick Sharp or Kris Versteeg offer a different dynamic to the penalty kill? Most definitely, but they also would play a very aggressive style that would involve high-pressure and sometimes, high-risk which doesn’t seem to be the style the coaching staff wants to play.

–Brandon Pirri’s 19.4% shooting percentage is likely unsustainable. However, since Handzus’ return in Edmonton, Pirri has seen his ice time drop in each subsequent game. Which, if it continues, is incredibly short-sighted and obtuse.

First, I’ve seen it written that Handzus is here only for the playoffs. Ok, whatever that means. Even so, wouldn’t the point then to be keep him as healthy as possible during the regular season and saving whatever life remains on his back and knees during an Olympic season?

I see what there is to like in Handzus. He’s a big body, he’s good along the wall (see Niklas Hjalmarsson’s goal) and he can win a face-off or two. But you know what he is. We still have no idea what Pirri can or will be. Isn’t it more important for the health of this organization to find these things out over a course of the season than simply sticking his ass at the end of the bench for reasons that go unexplained?