And Don’t Let The Door Hit You On The Ass… 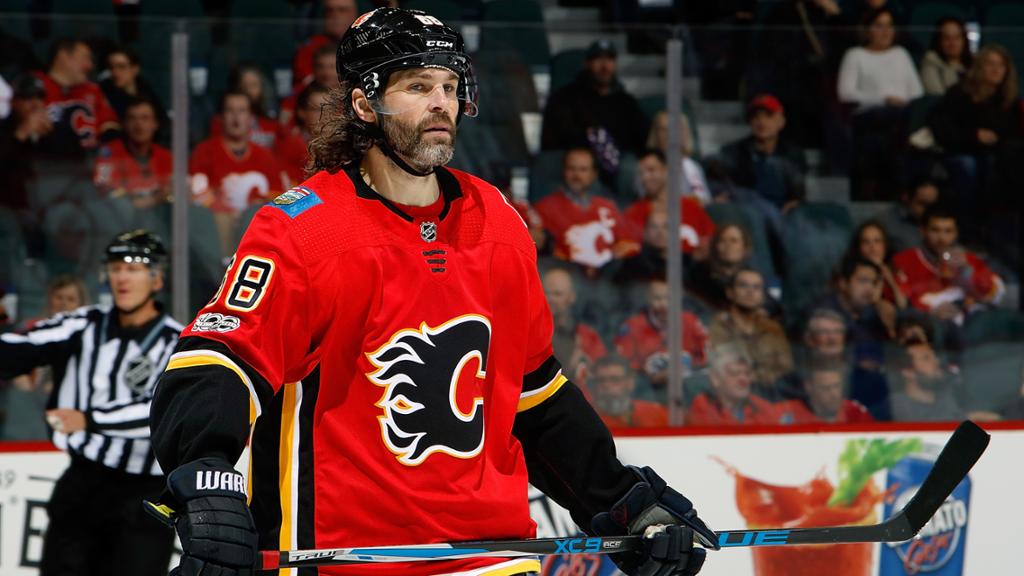 Been meaning to get to this for a few days, because no doubt those of you who’ve been with us for a while probably guessed we took unique glee when the news broke the Jaromir Jagr decided living and playing in Canada was too hard for his aged, check-cashing ass and is going to take his  ball and go home. Or more to the point back to Europe where he can continue to rack up points no one gives a shit about and earn a paycheck to pay off whatever kind of debt he assuredly owes to Russian mobsters from his time at Omsk. And remember, it was his time in Omsk during the lockout with Roman Abramovich that apparently “inspired” him to play hard in the NHL again, not the millions he was being paid by NHL teams or the teammates that looked to him to make a play when they had to have it that he hasn’t made since the fucking 90s.

Let’s be clear: Jagr will slink out of this league having scored one playoff goal in 39 playoff games. And before you get all, “Yeah but he scored in the regular season and he’s old!” just stop yourself. This is a sport and a league that has always valued, overvalued more likely, what a player does in the playoffs than what they do in the regular season. If Roberto Luongo’s first-ballot Hall of Fame career is in any way tarnished because of his playoff failures–and Luongo had a lot more to do with the Canucks getting to where they did than Jagr has had on any team since probably 200-fucking-1, then Jagr shouldn’t escape either. And I could sub in the Sedins, or even Hossa as some use his playoff scoring record against him despite him being basically one-and-a-half-Jagrs.

Because what would have one more goal meant to the Bruins in 2013 in Game 1, or Game 4, or Game 5, or Game 6? It would have mean the series flipping completely, except he couldn’t be bothered to try until the B’s were on a two-man advantage. Fuck that noise right in the ear. He never intended to go on a deep playoff run and would have been far happier had the Bruins ate it in that Game 7 against the Leafs as they probably should have. The only person not dressed in blue upset about the Leafs collapse in that 3rd period was Jagr and you can fucking book it.

Remember this was the same guy who torpedoed the entire Capitals organization because on most nights he didn’t feel like it. And after his return to Philly after ditching the Rangers, who made him captain by the way, so he could sit in a hot tub with Abramovich for three years, look where he chose to play. Dallas when they sucked, New Jersey when they sucked, and then Florida. Three places where no one bothered to watch and he could just rack up his points that didn’t fucking matter and checks in anonymity. And when the Panthers were playing games that mattered? NO WHERE TO BE FOUND. Two assists in six games, highlighted by letting Thomas Hickey simply waltz down the middle of the ice while Jagr shit himself near the blue line for an OT winner in Game 3. What would have happened if the Panthers went up 2-1 in that game? They probably win the series, their first series win since 1996 and what a difference that could have made.

So for the first time in forever he signs in a market that actually pays attention and cares with a team that had real aspirations, and he snuffs it. “Oh wah, the coach isn’t playing me on the top six!” Never mind  he actually doesn’t deserve to be in the least so shockingly everything hurts now. How can that be, because the hockey media couldn’t wait to tell me for five years or more now just what a workout fiend he is and how he could play until he’s 50 if he wanted to! Once again, hockey media is shocked by any player that actually gets in a gym.

So he’s fucking off, and his soulless pursuit of points and games played and most importantly a check will go back to Russia or even his homeland. Maybe he’ll even play in the Olympics where hockey media can get even more weepy about him beating up on some campers who got lost in the Canadian Rockies and the Hockey Canada just tossed a jersey on them and sent them to South Korea. Then again, the last couple times we saw him in the Olympics Alex Ovechkin was either rocking his ass to sleep or the Czechs were going absolutely nowhere.