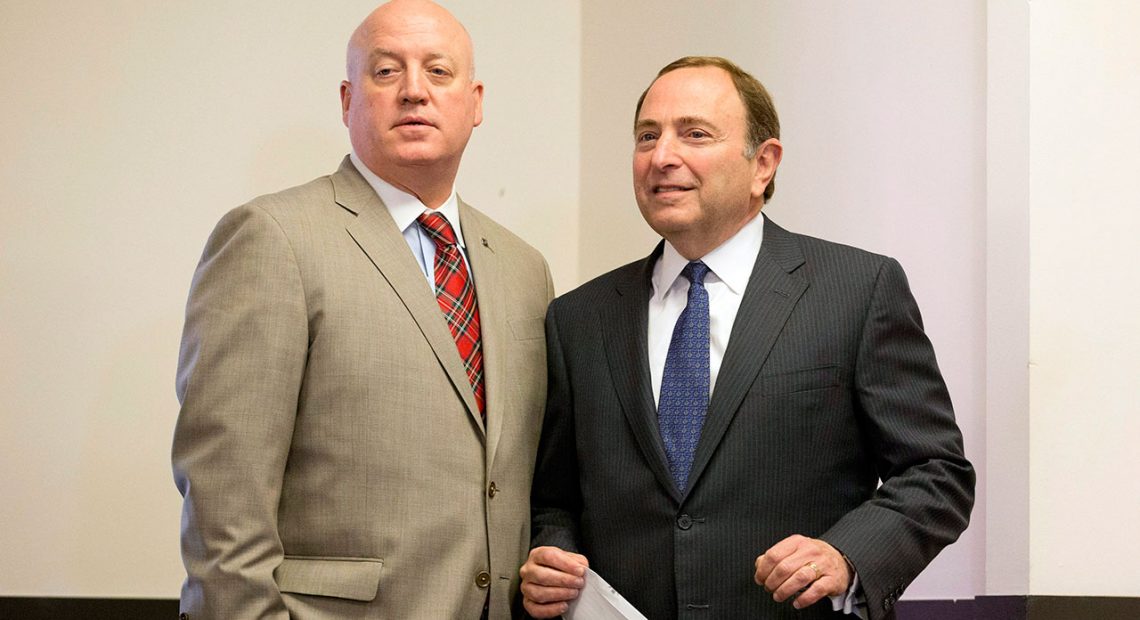 Right smack dab in the middle of the Holidays right as Chanukah came to an end and as the Christmas Express barrels towards the 25th, the NHL and the NHLPA have somehow managed to put aside their usual Mutually-Assured-Destruction-caliber negotiating tactics to put a little something under the tree and into the stockings of hockey fans in the form of an accord over the 2021 season, whether anyone involved deserves it or not.

The actual nuts and bolts details of the season have been reported by all the outlets one would go other than here for actual news, but the scaffolding for the season ended up being what was long reported – four somewhat geographically coherent divisions, with all the Canadian teams forming one of them due to “differing” (read: “better” or “coherent”) policies compared to the good old US of A, playing 56 games wholly within said division, and the top 4 from each division making a divisional playoff. So teams will be playing the same 6 or 7 other teams over and over and over again until the end of May, basically, when those four teams are at for now supposed to be re-seeded at the semifinal/Final Four round. So the Hawks will be playing the Jackets, Red Wings, Preds, Stars, Hurricanes, Panthers, and defending champion Lightning for the entirety of this season.

As far as what this means for The Men of Four Feathers, this is a fairly shit draw as far as the limited number of teams they’re going to be up against night in and night out. Having both of this past year’s Cup finalists in their division isn’t a good thing for their chances, regardless of whatever one’s opinion on Dallas trapping their way out of the west yielded last year. But on the other hand, it’s probably better to face them than the Avs, who have been punted out West and will get to turn whatever is in California to plasma. Either way, the Hawks are likely looking at another lottery pick out of this barring some Loki-with-the-Reality-Stone type horseshit. But hey, all teams are required to have three goalies on hand at all times home and road, so Stan’s brilliant gambit of letting Crawford walk for the platoon of Collin Delia, Malcolm Subban, and Kevin Lankinen looks like some four dimensional chess right now, doesn’t it?

Ultimately, however, this is probably about the best way that it can be done to minimize international travel, and to allow for the possibility of collapsing things down into a bubble site or two per division if necessary should the virus run even more wild than it is right now while most places don’t give a shit. The structure of the playoffs allows for the potential of the actual two best teams in the league to play for the Cup at the end, regardless of their traditional conference alignment, and that can only be a good thing, provided the season gets that far. And in another fun victory for the PA over the owners, salaries are not pro rated this year, every player will receive their full compensation over 56 games instead of 82. And because of that, the daily cap calculations can allow for more banked cap space to accrue for the few teams that are under it, which could lead to a truly bonkers trade deadline.

As of right now, the season is slated to begin January 13th, though no official schedule has been released. This is of course due to a) the Canadian government not fully signing off on this even after setting the precedent of kicking the Raptors out of the country (great optics, there), and b) with so many NHL teams sharing facilities with NBA clubs who only have half of their schedule right now, there will likely be some conflicts with dual purpose buildings such as Club 1901. So that means it’s only about 3 weeks from when the Hawks will toss Brent Seabrook out there opening night with a straight face after two hip surgeries and not playing against anyone for 18 months, with no exhibition games and only 10 days of training camp, which is slated to open January 3rd. But don’t worry, Coach Jeremy Prinze Jr.’s third time holding Magic Training Camp is sure to be the charm.