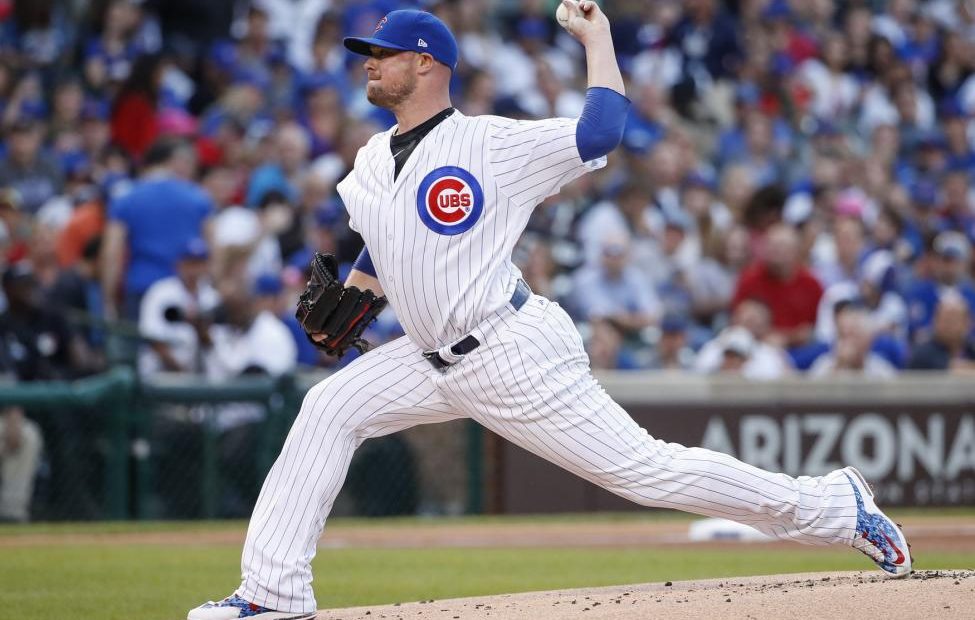 We come now to the savvy veteran of the Cubs rotation, as we visit with the surprisingly-gracefully-aging Jon Lester. While Lester is certainly far from the pitcher he was during his first two years with the Cubs, he has done a good job avoiding completely falling off a cliff over the past few years, and in many ways improved over his 2018 campaign. Let’s dig in.

So, Lester saw his ERA climb by more than a full point from ’18 to ’19, but in reality that was actually the result of incredible luck in 2018 keeping the ERA down. In 2018, his ERA of 3.32 was a full point below his FIP of 4.39, which is a major red flag. In 2019, though, he actually brought the FIP down to 4.26, and his ERA being above that is indicative of the actual results matching the expected results. He also saw a bit of bad luck, as evidenced by the ERA being just over the FIP, but also the fact that opposing batters had a .347 BABIP against him, which was far and away the highest mark against him in his career. Overall, 2019 should serve as an encouragement for Cubs fans for what Lester still might have in the tank.

YES! YES! YES!: Given that Lester is now 36 and has been worth less than 3.0 WAR three years in a row, it’s hard to dream too much on a best case scenario for 2020. In reality, the best case scenario is really just avoiding any wide variety of worst-case scenarios, which we will touch on more in a moment. If Lester can be worth more than 2.0 WAR this season, which he should be capable of, then it should be considered a good season from him given his age and lack of overpowering stuff.

The one big thing that the Cubs and their fans may hope to avoid is any chance of Lester somehow vesting his 2021 option. It’s unclear how exactly that would work out at this point, given the option vests if he throws 200 innings this year, and without a 162-game schedule there is zero chance of him getting there, but if that option did happen to vest, it would be bad news for the Cubs. They’d have to pay a 37-year old Lester $25-million in 2021, and while certainly none of us are going to cry tears for the Ricketts having to pay anyone, having that much payroll space taken up by an old pitcher who is just barely performing over league average would not be nice.

YOU’RE A B+ PLAYER: As I briefly mentioned, there are a number of potential worst case scenarios for Lester in 2020, and probably too many to try and get specific with them all. Suffice it to say they can all be summed up with this – it’d be really bad if his age really caught up with him really fast. Again, this could manifest itself in a multitude of ways. Maybe he walks a shit ton of guys. Maybe he is tossing home run derby velocity up there and Wrigley field looks more like a driving range than a baseball field when he pitched. Maybe neither of those things happen, but he still just can’t get anyone out and people just tee off on him. Again, there are many outcomes, but you just hope not to see any of them.

And while the aforementioned option vesting would probably only vest because Lester stays in games for a long time because he’s pitching well, it’s still best to avoid that.

DRAGON OR FICKLE?: I am not one to bet against aging curves, but I am also not one to ignore years of great performance. And while Lester is definitely not an elite pitcher anymore, he still has the pitch control, repertoire, and mindset to pitch well in the bigs. I think we see a virtual repeat of 2019 from Big Jon, though maybe with some ever so slight decline in overall value and production. Mark me down for an official prediction of 2.5 WAR, and I won’t go too far into the rest of the numbers, but if pitches well enough to produce that WAR, the rest of his stats should be satisfactory as well.