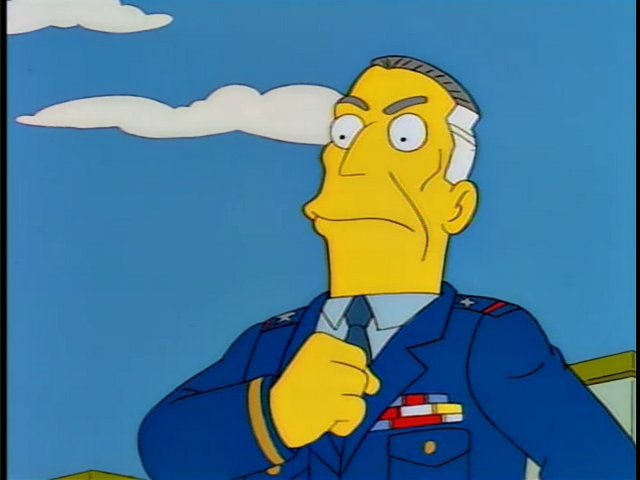 Well, seems pretty convenient to do this on the day that FanGraphs essentially did it for me. But that’s how the cookie crumbles. There’s a lot riding on Ian Happ, and it seems a shaky boat to put your inventory on. But that’s how the Cubs wanted it. And maybe it’s just crazy enough to work. If Happ hits, the lineup goes at least six deep with at least solid contributor Heyward behind it and dude that’s totally fine in David Bote. If Happ doesn’t hit…then you get more Albert Almora. No one wants that. Not even Albert Almora. Or Peter Criss.

So let’s go through it.

What this article only makes passing mention of is that before that last week of the season, or last two weeks, Happ’s numbers were pretty ugly. That they could swing so wildly with just a handful of ABs is proof of what playing just a third of the season can do. Maybe that last week in an indicator of what he can do. Maybe the month before it is a better one. Maybe that first couple weeks he was up, when he did hit as well, are. Who the fuck knows? Still, in a third of a season he was worth that WAR, which would have him running at a 4.0-WAR season over a full campaign. If he is indeed that guy. Which no one knows.

It’s gone unnoticed, but Happ was actually a plus-center fielder last year, which means he was better out there than Almora was, and that’s supposedly the one bonus of having Almora. Now, I don’t think Almora is actually a negative outfielder, and last year was just one of those things, but the improvement in Happ’s game there should be noted. Again, it’s a small sample, but we’re talking about a guy who’s only 25 and only gaining experience at a position he’s barely played for three seasons. He’s never going to be prime Lorenzo Cain out there, but he doesn’t have to be given Wrigley’s tight environs. Only Pittsburgh is a center field he’ll spend extended time in that’s cavernous, so he just has to be fine. And he’s been that. And could be more.

YES! YES! YES!: For Happ to have a successful campaign, it’s not that he has to be what he was the last week of the season when he was Mike Trout for a week. He doesn’t even have to be quite what his overall numbers were last year over a full season, but that would be nice. And he’s capable of that. He’s also capable of being left-handed Almora. But we’ll get to that.

As Tony Wolfe points out here, when Happ gets the bat to the ball, he’s as good as there is. The contact is loud and proud. So it’s about can he make more contact. And as Wolfe says, Happ swung more without increasing his swinging-strike percentage, which is encouraging. So it would seem to be the key for Happ this year is finding strikes and not being perfect, and attacking the ones he gets no matter when he gets them.

Of course, it won’t take long for pitchers to discover that they can get Happ high in the zone: 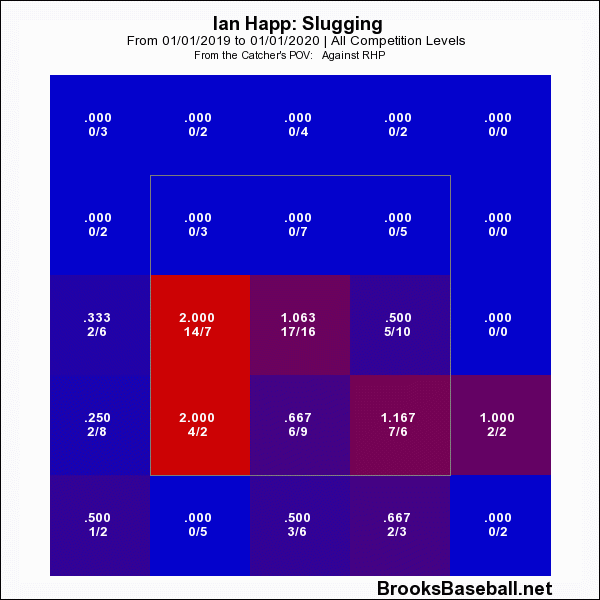 You’re A B+ Player: The path for Happ to fall down the wishing well, and hence put his entire Cubs career into oblivion likely, is he never catches up to those high fastballs and his new swing-heavy approach does start to lead to more whiffs. Happ is always going to have a somewhat bloated K-rate, just like the rest of this team. But at 20-25% that’s manageable. Anything above that it’s not, because his greater swing-tendencies will not provide the walks to balance it out. Pitchers will start attacking him up in the zone from jump street, so we’ll find out early I’m sure.

If he can’t hit, the Cubs will probably run for the theoretical better defense of Almora or stuffing Souza into right and Heyward into center if either of them start hitting. Or Bryant into right and Bote over to third if one of Kipnis, Descalso, or Hoerner hits. But look at how much moves and how thin things get if Happ doesn’t make center his. It’s all a problem.

Dragon Or Fickle?: I’m not expecting a 127 wRC+ for a year. But I would make a bet on 115-120, which will do the Cubs more than fine. I also would wager that Happ’s defense continues to improve to the point where he’s a plus out there all season, not just in spot duty in the season’s last two months. Happ made a big adjustment in pushing himself to swing more without sending his strikeouts to the moon, so getting to high fastballs doesn’t feel like it should be something beyond him. And really, he’s on the same trajectory as Schwarber. First round pick, big splash at first, and then two years of figuring it out when the league picked them apart. Happ didn’t have the knee injury in the middle. We saw what happened with Schwarber is his fourth year of playing at the top level. Perhaps it’s Happ’s turn?

MAIL YOU HOME TO MOMMA!