Strange, the Wings blogosphere is actually one of our favorites, made up of people we somehow get along with. I can’t explain it either. Anyway, we were able to distract Kyle from WingingItInMotown.com from staring at something shiny long enough to answer our questions (on Twitter @KyleWIIM).

They’re not a very good team, that is for sure.. Take your pick at what the cause is… Coaching, complacency, bad luck, whatever. I mean, what it boils down to is that the team is underachieving. I’m not convinced that the skill level (or lack thereof) they possess is the culprit of their record.

Andreas Athanasiou found himself a healthy scratch last week. While a player with this much speed is always noticeable and thus can distort judgements of him, what has been the problem and don’t the Wings need this kind of skill in the lineup?

The problem is a long history of loyalty to the wrong types of players. Athanasiou oozes skill and electrifying ability, but when he’s playing with players like Drew Miller and Steve Ott, I’m sorry, I don’t care how good you are… You’re going to look like crap — and that’s on coaching. Athanasiou has spent two games with Nielsen and Vanek, well guess what happened? He started putting up points by the bunch. Novel concept.

Are the Wings ever planning to develop a defenseman of worth sometime this decade?

God, I hope so.. The problem is that they don’t have a defenseman to develop. There are some pretty middling prospects in Robbie Russo, Joe Hicketts, and then other guys who haven’t reached the pro level — but the fact of the matter is that they have not been in a position to acquire a young, elite prospect to develop. Hopefully that time is coming soon, whether it be Timothy Liljegren or Rasmus Dahlin, the Wings could very well find themselves in a position where they’ll have the opportunity to draft these kids.

What happened to Peter Mrazek? Is he now the one the Wings will leave unprotected for Vegas?

He lost his confidence and practically every shot that goes towards him bounces off in some cartoon-ish way that makes me want to scream. Mrazek has performed at such a high level the past few seasons that it’s really difficult for him to sustain these numbers with a team that provides next-to-no consistency. And no, I don’t think he’ll be exposed in the expansion draft. That would be idiotic.

If THE STREAK comes to an end this season, and it’s looking likely, will that signal major changes for the Wings or do they think things are progressing in the right direction?

It better, but honestly, I’m terrified. I have a feeling that if they miss the playoffs, management will hit the panic button and go out and make some borderline pants-on-head decision such as a trade, signing another slew of free agents to crippling contracts, etc. Don’t forget, the Wings have a brand new state-of-the-art arena and practice facility being opened next season. I’ll be damned if Ken Holland and the Illitch family are ready to hit the rebuild button now. In a perfect world, they sell assets at the deadline (Vanek, Green, maybe Howard, Smith, hell even Tatar or Nyquist), and assume a top-five pick. IF MANAGEMENT WAS SMART, they could then trigger a quick three-year rebuild, building around a core of Anthony Mantha, Dylan Larkin, insert young talented blue-chip defensive prospect here, and Andreas Athanasiou. 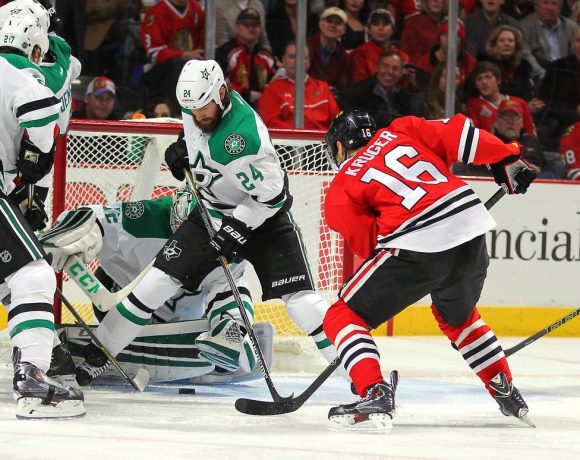