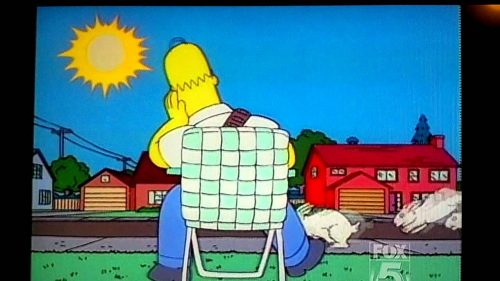 We’ve come to the precipice now. Jimmy Vesey hits the free agent market at midnight tonight. This is what hockey news in August is like, six teams fighting over a college free agent who probably maxes out as a second line winger. If you haven’t yet, check out Ryan Lambert’s piece on him today and what he can and can’t do. Ryan watches more Boston-area college hockey than most, so he knows of where he speaks.

I do find it somewhat funny that the main crux of the Hawks’ pitch to Vesey, because every team is going to offer the same two-year ELC with the same bonus structure, is essentially their biggest weakness. “We’re not deep enough at wing so you can play with Toews because basically we don’t have anyone else to do it.”

Assuredly, there is no one offering quite that. Sure, the Bruins could say there’s a spot open opposite Marchand on Bergeron’s line. But given the suicidal zone starts and competition they get on a nightly basis, you probably wouldn’t want to put him there in his first dip into the NHL. The Leafs can offer young center, the Devils… well I have no idea what the Devils would offer. The Rangers have the glitz of New York, because Derek Stepan wouldn’t be much of a drawing card.  Considering the youth and makeup of the Sabres that does seem the best spot for him, but if you’ve earned the right to have teams chase after you then I won’t get upset at taking advantage of that.

Reading Lambert’s piece though, it appears Vesey’s biggest asset is that he can generate shots for himself at an above-average rate. Which would actually make him a better winger on Kane’s line than Toews. It’s not that Toews is a bad passer or playmaker, but it isn’t what he does best. If Vesey’s game is based on finding the right spots and lanes to get shots off, that’s essentially how Panarin got himself a Calder Trophy. He’s not going to be anywhere near as spectacular as Panarin is but if he does being shoost-y best then let him shoost-y.

These are problems once you get him in here, of course.

Even if the Hawks sign him, they’re still down a forward or two. They’ll still need Schmaltz or Motte to prove they can stick. They’ll still need someone to play with Hossa and Kruger if they do indeed line it up  that way. They’ll have a fourth line to sort out. But at least it would be a step.

Again, it’s not that Vesey isn’t going to be a productive NHL-er. He could be, but one should always side-eye a player who is in his draft year plus five calling for so much attention. Rarely to these players turn into stars. Generally you see difference-making talent right before and right after their draft year. Vesey probably wasn’t the best player in NCAA last year despite winning the Hobey Baker, and he was basically older than everyone when the leaps from year to year in development are pretty large.

That said, the Hawks need players who can back up the frontline forwards with 40-50 points, because at the moment they ain’t got none other than Anisimov. Kruger has never scored at that rate. Hossa might be that now, but then you need to replace that top of the charts scoring, which the Hawks won’t. Vesey might be that. He might not be. In the past couple years the Hawks have lost Saad, Sharp, Shaw, Teuvo, all who did or could have provided that.

Of course none of that matters because Richard Panik is going for 35-55-90, as everyone knows.