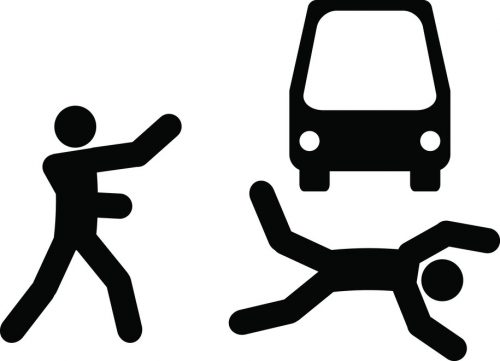 Day late to this, was traveling yesterday so apologies for the delay.

As we spent a season watching the Hawks fuck up pretty much every chance to make themselves likable as an organization, or even appear competent in the ways of PR or understanding, yesterday’s post-trade bus-tossing of Teuvo Teravainen shouldn’t really be disappointing considering the heights of incompetence and deafness they’ve already scaled. And yet it’s another minor notch on the post showing that the Hawks aren’t really anywere near the first-class organization they love to tell us that they are. Maybe they were once again too busy filming an ad with a sick kid they use to sell tickets where they don’t tell us what disease or condition that child has and/or provide information where others might find out where to learn and help.

That doesn’t make the “leaking” of Teuvo’s work-ethic somehow anything other than distasteful. This is an old Bruins trick, where some organization-sympathetic writers are “leaked” behind-the-scenes info about a player just traded or let walk, generally one that was popular, to somehow justify what looks to everyone a bad move. The amount of Bruins who have gone through this is too numerous to list. It goes from Dougie Hamilton last year to Joe Thornton years ago to Bill Guerin and Anson Carter before that and everyone in between. I can’t wait to see what they do to Patrice Bergeron on the day he has to go or something.

Make no mistake, nothing gets into the bloodstream unless the Hawks want it to. You think it was a coincidence that the rumors of Patrick Sharp’s “activities” became a thing when the Hawks knew they needed to jettison what was at least their third most popular player? The Hawks had been preparing the ground all season by having team bullhorn and hair plug enthusiast Eddie Olczyk criticize Teuvo all year (mostly unfairly). This is all part of the machine. We first saw it when Eddie bent over backwards to protect Marcus Kruger when he first came over and couldn’t got two shifts without fucking up. We saw it in the way returning players like Dan Carcillo and others were complimented while Brian Campbell was ignored or derided. We saw it with the complete ignoring of the litany of mistakes TVR was making all season. This is all by design.

If the Hawks were truly concerned about Teuvo’s “work eithic,” they would have gotten this out there while he was still here to try and spur him. There isn’t really anything worse you can do than question a professional athlete’s integrity, and the Hawks didn’t dare do it while he was still here. Teuvo returning to Finland for the summer being a problem has to be utter bullshit. Teuvo had actually spent the previous summer here, ’14, so clearly he would have had clearance if he wanted to change up the plan. And I can’t blame a 20-year-old kid for wanting to spend his freetime where he might know anyone, because most of his teammates if not all of them scatter in the summer. Like it would be so hard to email him a training regimen in Finland.

Most likely, the Hawks have something of a finger in the wind and know that any fan with a pulse on anything knows that losing your two best prospects, Johns and Teuvo, for essentially nothing is not exactly brilliant asset management. But I don’t know why they feel the need to cover their ass on this thing. A majority of Hawks fans, the Chelsea Dagger crowd, take anything they do or say as genius/gospel (then they yell at us on Twitter). The Hawks don’t need this kind of mud-slinging to justify anything they do because they simply are not scrutinized that hard. They are not the Bears, nor will they ever be no matter how hard McD pleasures himself at night to the thought. And he should be glad, because the kind of glare the Bears are under at all times would cause McD and Blunk to melt into a puddle of ooze.

But hey, we’ve known what the Hawks are for a while now.

-They would also like to believe that the signing of Nick Schmaltz is connected to the trade of Teuvo, as if there’s a quota on how much cheap, young talent you can have on a team that might actually have to ice Working Class Kero or Vinnie Hinostroza regularly. Schmaltz probably has more promise than Tyler Motte, though faces the same questions about how much of his production last year was due to him or his also excellent linemates (the Hawks desperately wanted Drake Caggiula to pair with him. We just wanted to say “Caligula” a lot). Given the noise about how Schmaltz wanted to return to Grand Forks after the season, I have to guess he’s been given some assurances about opportunities to skip Rockford. The same kind of assurances they wouldn’t give Captain Stairwell Kevin Hayes. Hmmm…

Schmaltz looked excellent at the WJCs last year, and probably does have a real chance to contribute something to this year’s team, assuming he can impress Q in the first five minutes of the first training camp practice otherwise you can forget it. He probably even has an outside shot at lining up on Toews’s wing if the Hawks accept that Hossa can no longer do it. Might have been nice to have more young talent with him, though.