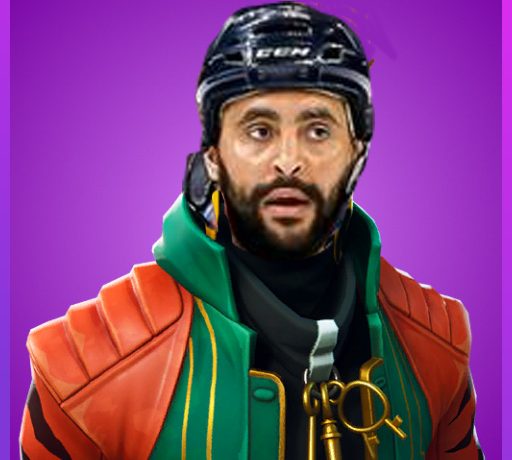 The Jets are a weird team, and we don’t just say that because they play in a barren husk of a province filled with frozen brains and an outsized chip on their shoulder (which just might be ice but we’ll study that later on). You think of the Jets as an offensive force, with four lines filled with speedy frost-giants that never stop. You know about Laine, Wheeler, Scheifele, Connor, Ehlers, Perreault, and a few more weapons on any given night. You just assume they dominate every game on the metric-sheets like San Jose or Tampa or Vegas or the like. But the thing is…they’re kind of not?

Dustin Byfuglien is also so stranger to the weirdness. You think of Buff, you think of the booming shot and the senseless/ridiculous/unhinged charges up the ice. You think of defensive laziness if not utter unawareness or complete indifference. You think of (often dirty) big hits (to players already down and not looking at him). You don’t really think of him as the key log to the entire system. But he might be?

Byfuglien has missed 40 games this season, returning on Saturday for the first time since the second week of February. Which means the Jets have played just about as many games with Dat Big Buck Guy in the lineup as without. And the difference is kind of clear.

Before Buff went down for the first time on December 30th (he would return in February for a few games before hitting a rather large ice tub again), the Jets were sort of what you think of. They were 12th in the league in attempts for per game, 14th in shots, 15th in scoring chances, and oddly 21st in high-danger chances. They were 20th in shooting-percentage, which didn’t seem to handicap them too much as they were 24-12-2. The Jets don’t need to dominate possession to score more than you, because of how much scoring they have.

Since that date, basically without Buff the whole time, the Jets are 25th in attempts for per game, 26th in shots, second to last in scoring chances, and 29th in high danger chances. The only thing that’s kept it from being nearly a total disaster is that the Jets have shot 9.7% as a team and they’ve gotten 92% of the saves at evens.

But what’s even more strange, downright world-view-shattering, is that the Jets have been so much worse defensively without Byfuglien. Before he went down, the Jets ranked 13th in attempts against per 60 minutes at even-strength, 18th in shots against, 10th in scoring chances against, and 12th in high danger chances against.

Since Buff’s injury problems, all their rankings have plummeted. Their attempts against have gone up five per 60 (ranking 29th), shots up 3.7 per game (29th), scoring chances have gone up three per game (21st), and high danger chances against went up one per game (17th). Considering Buff has no interest in being in his own zone and meanders around when he is as if he’s rooting for truffles, it seems totally inexplicable that the Jets would get so much worse defensively without him. But that’s the case.

What Buff does do is keep the Jets out of their zone. He’s their only-puck mover, and gets it up to the forwards better than anyone else on the roster, before of course fleeing up to join them like he was trying to cross No Man’s Land behind Diana Prince. Jacob Trouba is not that. Tyler Myers thinks he is but is just all-around helpless and dumb. It’s not really Josh Morrissey either. Buff aids the defense by making sure the Jets play it less.

Which is a problem going forward. The Preds are enough of a challenge, though their problems are at forward so it makes for a nice yin-yang matchup. But anyone who comes out of the Pacific is loaded with firepower, and if the Jets continue their considerate ways when it comes to doling out shots and chances, they’ll probably get lit up in the conference final again. Which means there’s a lot riding on Byfuglien. Fat jokes aside, that’s a lot to ask of one dude.