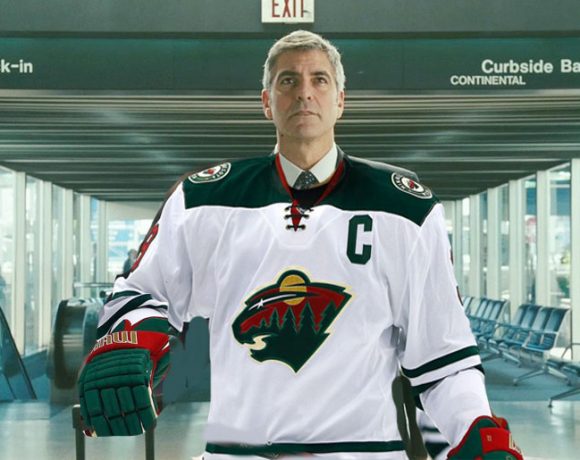 Game #4 – Hawks vs. Wild Spotlight: Mikko Koivu, And What Happens When You Fall In Love

As a fan of a team with still- recent success, and a lot of it, perhaps there has come a time when you’ve been perplexed how a different fanbase could become so infatuated with a player that isn’t as good as the one you have in the same position. Perhaps you’ve been exasperated at even attempting to explain that the entrenched nature of said player is part of the reason of that particular team’s failure to progress. But you can only judge the players in front of you as a fan, and the scale you’re given is dependent on the talent around them. Remember, it wasn’t so long ago that Tuomo Ruutu was a beacon of hope and we tried to talk ourselves into Mark Bell, It was what was on offer, and there wasn’t anything else on the menu.

Fans will always generate affection for what is before them, but it is an organization’s job to be above that. Even if that can get a little callous at times.

If you can believe it, this is Mikko Koivu‘s 14th season, all of them in St. Paul. And he’s been very far removed from a bad player. He’s amassed 193 goals and 660 points in 927 games, or just about 50 points per season. He’s been about as all-around of a player as you can ask, with impressive underlying numbers for as long as they’ve been tracked. Certainly, he’s been a loyal servant to the Wild, and you wouldn’t be shocked if one day his #9 goes into the rafters if for nothing else being the longest-serving player in their history. In a lot of ways, Koivu is the best Wild player in their history, which tells you about as much as you need to know.

Koivu has never broken the bank, but he’s done well. His highest contract was for $6.7M  for seven years, which ended after last season. He re-upped for two more $5.5M starting this season, and you have a hunch these could be the last two. Certainly, Koivu hasn’t been a huge issue when it comes to the Wild’s cap problems.

And yet for most of his time in Minnesota, the Wild checked him off as a #1 center. And quite simply, he’s never been that. He’s been over 70 points once. He’s never broken 0.9 points-per-game. He’s never scored more than 22 goals.

Basically, those numbers along with his defensive prowess make for the resume of a very good #2 center. And yet it’s only recently that Minnesota has tried to make him that, first by moving Mikael Granlund to center and now paying for the aging Eric Staal. And perhaps it’s too late.

Chuck Fletcher rarely saw Koivu as anything but. Certainly Koivu was perfect for the Jacque Lemaire/Doug Riseborough era, as he was defensive first who wouldn’t try anything crazy on the offensive end (and why original draft pick Marian Gaborik never really fit). But that style was ushered out by the Great Lockout of ’05, and the Wild took too long to adjust.

You can see the affinity for Koivu. The second first-rounder in team history. Never rocked the boat like Gaborik. Showed up and did his job every day, and well. Connected with the community. Anything that demotes him would be given a side-eye in defense of a player who never really did anything wrong. It’s hard not to fall for a guy like that.

But Koivu is a symbol of how it’s always been just not enough for the Wild. Koivu wasn’t Henrik Sedin when they were in the Northwest Division. He wasn’t Jonathan Toews when they were chained into the Central, though he did give the latter a fair share of headaches. He wasn’t Ryan Getzlaf or Joe Thornton or Anze Kopitar. But you can’t help but feel that the Wild viewed him as that for too long, and didn’t bother to pursue someone who would be.

Koivu is what he is, and he doesn’t have to apologize for that. He can’t help what the team viewed him as and what they sought to put around him instead of in front of him. Sometimes a good player embodies what is good about a team. Unfortunately for some, sometimes they symbolize where a team fell short.