Game #1 – Hawks vs. Senators Preview: Unto The Breach

Whether you like it or not, the Hawks will kick off their season tonight. For better or worse…and it’s worse. It’s already worse, as #3 goalie Anton Forsberg–who would have backed up Cam Ward tonight and probably had a decent shot of usurping him to get some starts before Crawford returns–went TWANG! at the morning skate and now Collin Delia is currently on his way to Ottawa. That’s how you kick this pig!

There’s really no way to mask this anymore: The Hawks lineup sucks. The top-six you could make a case for, and I’ll admit to being awfully interested in seeing what Alex DeBrincat can do with Jonathan Toews, and what this Brandon Saad – Nick Schmaltz – Patrick Kane line can do. That could be fun! Maybe Dominik Kahun is more than just a German Tony Salmaleinen? We’ll find out. Toes has needed a playmaker for a while now and we know Top Cat can do that. If Kahun is anything, and that’s a pothole-filling “if,” that line could surprise. Saad and Kane have torn a hole in the Earth together before, but that was a long time ago now. But hey, I love things that are old. Except myself.

But after that? You would read the names of these two lines to a misbehaving kid to punish him. “If you don’t start paying attention in physics I’m going to list out the Hawks’ bottom six repeatedly!”

“NO! NO! I promise I will! I love Newton’s third law! I’m totally gonna opposite reaction in this bitch!”

Artem Anisimov and Chris Kunitz on the third line is aching to be scorched. But then again anytime Arty is on a line that doesn’t include Patrick Kane it’s the same story. For some reason Marcus Kruger has moved to a wing to accommodate Luke Johnson. Q is moving a favorite toy so make way for SuckBag Johnson. Let’s all think about that for a minute and then die. David Kampf and John Hayden are here because the rules state someone has to. This is the second straight season that Hayden has “looked great in camp,” so his seven goals on the year will be even more special this time around.

As for the blue line…I mean do you want us to? Fine. Duncan Keith and Henri Jokiharju are the top-pairing. It really could be anything. The fading star and the possibly-overmatched-but-exciting kid. Keith has never been apt to be the more conservative partner in a pairing, and I’m not sure he has to be here. Maybe let both of them do their thing and just see what the hell happens. What do you have to lose? We’ll see how Keith takes to it but it would be a first if he were to rein his game in to let someone else be the aggressor. But hey, stranger things have happened…is what I’m contractually obligated to say here.

Beyond that…well, Erik Gustafsson and Brent Seabrook are the second-pairing. If this was Seabrook five years ago, you’d be about that. But now he can’t cover for Cowboy Goose and Seabs himself has some cowboy leanings that his sloth-like foot-speed hasn’t dissuaded him from. Goose showed something toward the end of last season, and of course he has the lucky charm of the “Fels Motherfuck” (TM) which should carry him to a Norris, obvi. Still, the Hawks haven’t given up on him even though he’s 26 now and we’ve seen them discard a host of prospects before reaching that age so they must think there can be a middle-pairing puck-mover in there somewhere.

As for the third pairing… 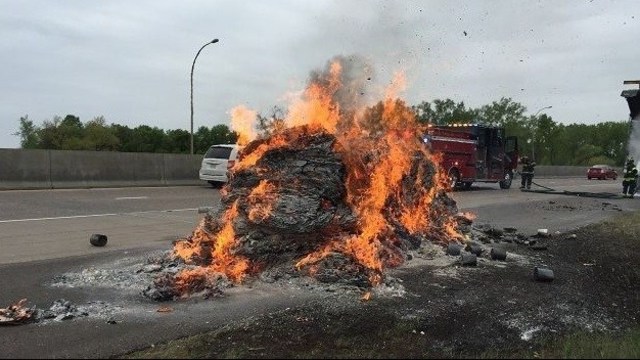 Luckily, the Senators are not a team that’s going to make anyone pay for their various roster misdeeds. Anyone who’s worth anything is either a neophyte (Brady Tkachuk, Thomas Chabot), or a veteran who is simply waiting for his cell to ring to tell him he’s been released from this hockey malebolge (Matt Duchene, Mark Stone). Put it this way: Zack Smith was on waivers two weeks ago and is now the #2 center. That’s a life lesson right there, mister man.

Clearly, it’s going to be a long damn season in Ottawa, which just about no one is going to notice in retaliation against the owner/avoiding the trip to Purgatory-In-Reality Kanata. And the hockey will be even more boring as Guy Boucher is only going to be more convinced to trap even more given the talent discrepancy he’ll face on most nights. Most Senators games are going to look like what Steelers-Ravens games will look like in three years. You’ve had booster shots you enjoyed more.

The Senators will hope to get a promising season out of Thomas Chabot, a step from Ryan Dzingel (LOCAL GUY), and basically hope a couple other veterans can spasm a few goals to be trade bait at the deadline. But hey, they’re one of the few teams to figure out that you have to bottom out on purpose to get back up the mountain.

So I suppose it’s the perfect starting point for the Hawks. They can rack up a win and at least feel like maybe they could start to build some momentum before some very tough games this weekend. If the Hawks were to start 0-3, and you never know, then they’ll already be feeling like they’re fucked without any of the usual fun and Joel Quenneville will be facing questions about his job before he’s even through a week. Let’s try and put that off as long as we can, even though we know it’s coming.