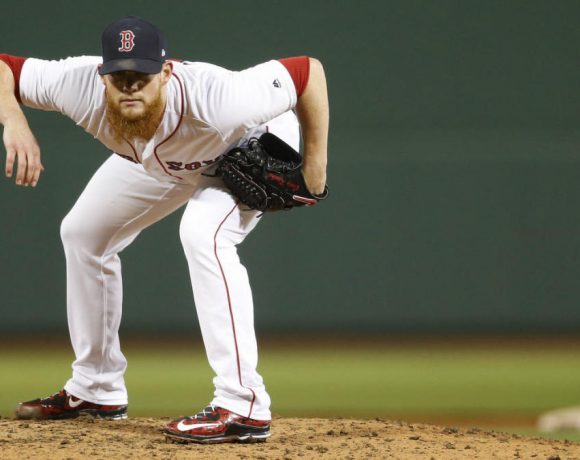 It would be hard to believe that the cost of a draft pick, or the few million in prorated dollars the Cubs will save now, was enough to put them off Craig Kimbrel in the winter. But apparently it was, and the Cubs have waited for the in-season discount to heavily go after him. Reports today from various Athletic outlets have the Cubs really making a move. Whatever that may mean, but it would be hard to believe that Kimbrel is taking a one-year deal.

From the Cubs side, they almost have no choice. They don’t have a wealth of prospects they can keep tossing aside to get the requisite number of relievers they need, which is multiple. So they might as well get a good one for free. They tend to leave room in the budget for midseason acquisitions, and we don’t know how much of that Kimbrel would gobble up. They’ve also been making noise that the establishment of Marquee is going to turn the cash spigot on next winter, and this may be a small advance on that. Believe that when you see it, though.

Are there baseball concerns with Kimbrel? Some, yes, but it depends on what your scales are. Kimbrel’s strikeouts in ’18 were down from ’17, but that’s only because ’17 was such an galactic season from him. He struck out 50% in ’17. Half. No one is going to keep up that pace, and he didn’t also have to. He struck out 38.9% last year, which is so far beyond anything anyone else in the Cubs pen can do that it’s not even worth talking about. It’s about his career-average, which is 41.6%. It’s not a huge concern.

His walks are a bit more. They were 12.6% last year, which is too high but also a number he’s gone over before. But even with those walks, his WHIP was o.99. Yeah, walks are bad, but if no one ever hits you, you can get away with it. Sure, that WHIP was down from ’17’s dungeon master 0.68, but right in line with his career 0.92. It shouldn’t get your hackles too far raised.

Encouragingly, whatever contact Kimbrel did give up, it was much softer, as he saw a 12% dip in hard-contact. If his strikeouts aren’t going to be half anymore, then softer contact is important. Kimbrel is getting it.

Another note was that Kimbrel’s velocity was down between his last two seasons, from 98.3 to 97.1. But that ’17 mark was a spike, because 97.1 is his career average. His curve got a little more slurvy last year, which might raise an eyebrow. It lost some vertical drop but gained horizontal cut. It’s really the change of pace that’s important, but that’s something to watch if he ends up here. If this matters, and I don’t know if it does, his curve had the same spin-rate the last two years. The horizontal release point on it moved farther wide, meaning he was throwing more across his body, which might explain why it had that slurve-type movement. Whether that’s intentional or not we’ll find out.

Another yellow light was last year’s playoff performance, where he gave up runs in his first four appearances against both the Yankees and Astros, and then another two runs in Game 4 against the Dodgers. In the interim he loaded up four outings where he didn’t give up anything over four innings, just one hit. There’s really not much to explain. He wasn’t good, facing some other worldly lineups, and if he were a Cub he’d have to face one or two more for everything to work out the way we want it. But the question would be if he can’t do it, who can?

Kimbrel isn’t a cure-all. The Cubs would need at least one more arm, preferable from the left side but at least someone who gets lefties out. Still, Kimbrel, Strop, Mystery Acquisition, Cishek is a nice base, and if Carl Edwards or Dillon Maples (or Alzolay?)  or both ever figure it out, with this rotation, I’ll take my chances. There’s still a lot of ifs there, but the signing of Kimbrel would make it seem like there’s light at the end of the tunnel.

And this is a season the Cubs should try and maximize. They might not have this good of a rotation again, even if it had a wonky couple weeks there. The offense is really good, despite what everyone is screaming while stabbing themselves in various sensitive places. Maybe it’s just the right to get thwacked by the Dodgers, but in a short series, take your swing.

They’ll have competition, but the Cubs probably have to make this work.