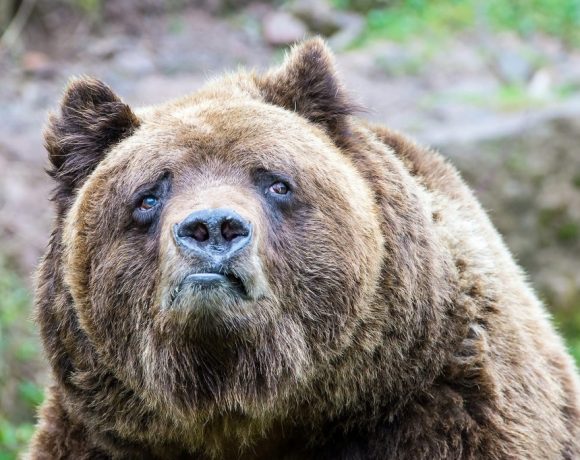 Hi, I’m Brad. I live in St. Louis. Much of my wardrobe is blue. I’m the captain of the USS Game Time, the fan-run paper we sell outside every Blues game. It’s a lot like what the Committed Indian was when Sam was more committed. Or before he got committed. I forget. For the record, in the very last issue of your deceased Hawks paper, I responded to one of these Q&As. It was for Game 6 of the 2016 first-round playoff series between the Blues and the Hawks. In that last issue, because the Blues eliminated the Blackhawks in Game 7, I predicted it would be the last issue. However, I thought it would just be the last issue of the season, not for forever. Someday I should use my powers for good.

This is the second time the Blues and Hawks have played in a week. Sam didn’t send new questions for me to answer. He said answer last week’s. But that’s so last week. I’ve written up some amazing questions, maybe the best questions ever asked on this website. Then I wrote some answers. Next time you attend a game in St. Louis and a guy who looks like Santa or a woman you think may be homeless because she has plastic grocery bags over her shoes to keep her feet warm waves a publication that says, “Blackhawks Suck,” (we only print the truth) please consider buying one. My three kids eat a lot.

Q. The Blues finally have a win and a well-balanced record of 1-1-1. You mouth-breathers down I-55 plan the parade down Market Street yet? (Obvs, I’m doing some Sam cosplay here)

A. Expectations are a bitch. Hawks fans still have them for some reason. They shouldn’t. Sure, during the offseason Blues GM Doug Armstrong added some important players. If you compare the forward lines from tonight to a year ago, it’s an incredible change — on paper. On ice, it’s been a different story. The best example I have is from the Hawks game last Saturday. The Blues tried a stretch pass after a decent outlet out of their own zone. The players were a little out of step, so the timing didn’t work. They got another chance quickly, but they turned the puck over just inside the Chicago zone. A Blues player blew a tire and the Hawks went the other way on a two-on-one. Future Supreme Court Justice nominee Patrick Kane put a shot on net, the rebound came straight out and the resurrected corpse of Marcus Kruger put home an easy opportunity (feel free to call him Zombie Kruger from this point forward). They were two examples of plays where it seemed like familiarity made a difference. Spoiler Alert: I’m going to talk about Jake Allen farther down. The biggest concern might be the defense. Let’s ask a question about that.

Q. Hey handsome Brad, your beard looks well-manicured. Blues defenseman Joel Edmundson also has a beard. He was hurt to start the season along with Carl Gunnarsson. That led to guys named Chris Butler and Niko Mikkola being on the roster on defense opening night last week. Jay Bouwmeester is still an NHL player? What the hell are they doing with the defense in St. Louis?

A. In the week it took the Blues to get their first win, the chicken or the egg conversation went like this: Allen is playing crap in goal and making the defense look bad. Or, the defense looks like traffic cones on the Dan Ryan and it’s making Allen look bad. How about they all started the season sucking? Second year guy Vince Dunn was a healthy scratch Thursday. They tried playing Jakub Jerabek on the third pairing. He was a -3 in less than 8 minutes of ice time. He was a castoff Oilers defenseman they got for a late-round pick right before the season started. Playing him smells like the stench of desperation or the visiting Wrigley clubhouse after two teams poured champagne on each other in 24 hours not long ago. Here’s what you need to watch: Edmundson, who got a goal in his return to the lineup, playing not quite Duncan Keith minutes with Alex Pietrangelo, every Bouwmeester mistake creating a scoring chance for the Hawks, a hopefully resurgent Colton Parayko — who arguably has the biggest shot for St. Louis but is reticent (sorry for the big words, Hawks fans; reluctant) to let it loose, a hopefully dressed Dunn and big and slow and low hockey IQ guy Bob Bortuzzo. On paper, again, it’s a decent unit. Subtracting Bouwmeester would be nice (last year of contract, hip surgery last season). Bortuzzo controlling his stick and elbows would be a nice change of pace. Seeing Pietrangelo focus more on his end would be even better.

Q. Does Jake Allen forget to take his ADD meds before most starts?

A. Blues fans either love Allen or they hate him. There’s no in between — kind of like his level of play. Fundamentally, he does a poor job squaring to the shooter and being in a solid position. The result is lots of movement laterally and some spectacular saves. Because he doesn’t prepare properly, he has torecover and use his athleticism. Fans see amazing saves and give him credit while others see he played himself into the position of having to make the spectacular move. Watch how often opponents shoot short side or take quick shots directly off the faceoff. It’s because he has a poor setup, poor preparation. Are there nights he does a better job? Absolutely. But take Thursday for example. The Blues had a 5-1 lead. The game ended 5-3. Allen stopped 91.2 percent of the shots he faced. That’s pretty average. In fact, it’s also his career save percentage. He’s definitely better than Cam “Don’t Forget I Won That Cup Years Ago” Ward. The backup is Chad Johnson. He hasn’t played in a game yet, but probably will take the ice tonight or at home Sunday in St. Louis against the Ducks. My favorite goaltender is in San Antonio, Ville Husso. The future is always better, right? Just like the future years on that Brent Seabrook contract. Alllllllof those future years.

Q. Mike Yeo probably sucks. Do you realize this or has the Budweiser made in your town killed enough brain cells so that you don’t know it yet?

A. Mike Yeo is not an especially creative man. Mike Yeo is not what you would call an inspirational leader. Mike Yeo’s teams consistently finish fourth in the division — fifth last year. He doesn’t have a good track record with cultivating young players. His teams don’t play especially well on the power play. He’s trying something new this season by playing guys who actually have skill on the fourth line, including the center you’re going to hate in the future, Robert Thomas. He might not ruin young speedster Jordan Kyrou. Chris Thorburn hasn’t suited for a game (YET). However, if the Blues struggle to string some wins together the first half of the season, it’s important to remember that Mike Yeo has one year left on his contract after this season. Also, Craig Berube, who has experience stepping in mid-season as an NHL head coach, is behind the bench as the associate head coach. I’m not saying the coaching career of Mike Yeo in St. Louis is on life support, but I think I got a notification Yeo recently updated his LinkedIn profile. And if Yeo starts coaching to avoid getting fired, he’ll only get fired.

Q. Who is the one guy on the Blues who is most valuable to the team so one of the unskilled Hawks players (too many to mention!) can sweep the leg and send him to injured reserve?

A. Well the defense looked like an over-baked tomato casserole you Chicagoans call pizza — thick, gooey and liable to cause a heart attack — without Edmundson, but the easy answer here is Jaden Schwartz. The undersized dynamo is every hockey fan’s wet dream. He’s fearless, hard to push off the puck and maybe the smartest hockey player on the roster. His next bad decision with the puck will be the first I remember. When he broke his ankle in Detroit last December, the Blues fell from the top of the conference to out of playoff position. Hating the Red Wings, something Chicago and St. Louis fans can unite around. Anyway, don’t put your grubby paws on him.

Q. Thanks for doing this, Brad. Writing the questions and giving the answers too? I’m paying you double. Last question: I saw on Twitter that some Hawks fans bought your paper last weekend in St. Louis. I’m sure they hated it, but does that make Game Time the best fan-run paper in the NHL?

A. Yes. But it’s important to mention that it’s the only one.