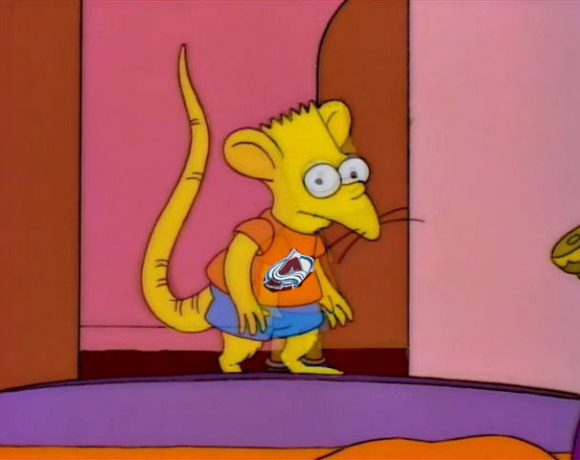 There were obviously huge hopes for Mikko Rantanen. He was the Avs first-round pick just three years ago. He comes in a big package, at 6-4 and 215 pounds. And he’s a mobile one at that. While the Avs may have been tempted to bring him to Denver immediately, they took their time and let him have a first season in the AHL. He dominated there, with 60 points in 52 games. At the age of 19, no less.

His first season only showed flashes, with 38 points. His second season was a breakthrough, with 84 points. Though some probably viewed that as just riding shotgun with Nathan MacKinnon and his MVP-worthy season. They probably weren’t expecting something historic.

But that’s what they’re getting.

Perhaps it’s not a huge surprise that someone is scoring at this rate. For the third straight season, scoring is up, and for the second straight it’s above three goals per game per team. It’s about 3.09 this year, and in the year Lemieux put up his 161 it was 3.14. It’s only a difference of about 2%. Of course, goalies weren’t anything like this, and we know teams are going to key on MacKinnon and Rantanen for the rest of the season.

There would be some claims that this is partially due to luck, and that may play a small role. The Avs are shooting 11.3% at even-strength when Rantanen is on the ice, up from 9.6% last year and 8.0% in his rookie year. But that’s just a steady increase, as Rantanen begins to feel the NHL game more and more. It’s also not an outlandish number. It only ranks 41st in the league. It’s certainly a number that can be maintained for a whole season, as the leaders are usually in the 12-14% area.

What might get Rantanen is the Avs are greatly outscoring the chances he and MacKinnon are providing. Their xGF/60 is nothing to write home about at 2.45. But the Avs are scoring at 3.87 per 60 minutes. It’s the 12th biggest difference among any player who has played 300 minutes at even-strength this season. Rantanen and MacKinnon will always, most likely, outscore what their chances suggest they “should” score, given their talent. But this might be excessive.

Still, it would be good for the league for a player, or two, to keep putting up boxcar numbers. It could use the publicity. It works out well for Rantanen too, as his entry-level deal expires after this season. The Avs thought they might save themselves by keeping him in the AHL for a year. It might force them to pay Auston Matthews/Connor McDavid money. That $6.3M they’re paying MacKinnon sure looks a bargain now, eh?