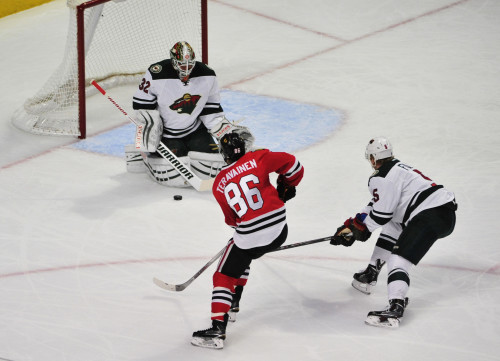 So Ryan Stimson, a contributor to InLouWeTrust.com, along with our friend Jen LC has been tracking passing stats for the Hawks this year. This stuff is pretty interesting. We ran this in the Indian last night, but I wanted to share it here as well. Follow him on Twitter @RK_Stimson. It’s pretty dizzying. So buckle up.

Much of the analytics community focuses on shot-based metrics as a proxy for puck possession in order to get an idea of which teams and players drive play. However, the two most popular metrics for this analysis, Corsi (all shooting attempts) and Fenwick (all unblocked shooting attempts), merely tell us what happened, but give no depth into how these players drive play for their teams. I endeavored to find out how teams create offense from passes.