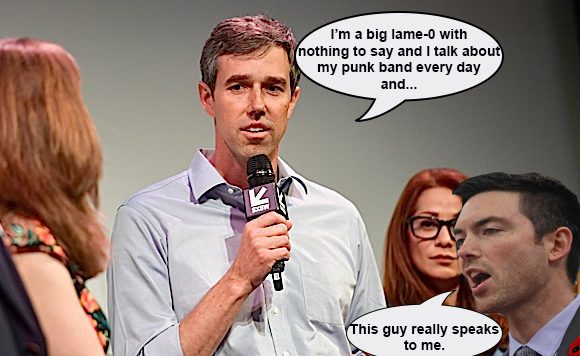 There’s no other grade Jeremy Colliton will get for this season other than “incomplete.” We won’t have any idea if he truly knows what he’s doing until he has an actual NHL blue line to work with, and perhaps an improvement in forwards (though the forward group now is probably better than some teams that are in playoff positions). The excuses are running a little thinner as the season goes on, but he’ll basically have until next Christmas before we can fairly usher in a verdict.

However, last night is not going to encourage anyone. Or it shouldn’t.

Off the top, the Hawks have played themselves into three situations this year where you would say it was a “big game.” They’ve lost them all. The first was Colorado, which, fair enough, came down to a couple individual mistakes that a team this mediocre is just not going to be able to avoid all the time. The second was the following game against the Stars where they came out flat, fought back against a team that had played the day before, and then took a too-man-men penalty to cost themselves the game. The third was last night, very loosely, in which the Hawks lost to a team again playing for the second straight day (also flying in from Dallas) and for the most part looked like they couldn’t be all that bothered. It’s not a great look.

In the game last night, there were some very curious decisions. One was to swap Patrick Kane and Brandon Saad on the first and third lines for the last 40 minutes. The only button Colliton knows or can seem to find is “Play Kane Until He Pukes.” As I said on Twitter last night, pushing Kane’s ice time has become what Robitussin was to Chris Rock’s father (pour some water in the bottle…MORE KANE). It’s his catch-all. He played 24 minutes last night, the 19th time this year he’s played 24 minutes or more.

But to have him bank that much time with Sikura and Toews didn’t make a lot of sense, especially against a team that was employing the tactics that Vancouver was. They were clamped down, trapping, and that required puck-winners. Which in that formation, forces Toews to be and it’s really not the thing he does anymore. Certainly not as well as he did (more on this in a minute). Saad was the only one who figured out last night that the only way through the Canucks was to get the puck behind them and just go get it. He’s also the only one who can. Which means how Coach Cool Youth Pastor had it, Kane would be setting up Sikura, he of the no goals this season. That’s when they could get the puck loose, which wasn’t all that often. Meanwhile Saad was working his ass off to gain possession and create space for…Artem Anisimov and Dominik Kahun. Who both stared blankly at it.

There’s a time and place to get Dylan Sikura a goal, and he deserves that. But it’s not down to a trapping team in a game you kind of have to have two points.

Going further, the Hawks never adjusted to what the Canucks were doing. To be fair to Coach Cool Substitute Teacher, without a blue line, it’s a little hard to do. The Hawks don’t have a trap-buster. Gustafsson and Forsling are too slow and too dumb. Keith doesn’t have the handles anymore. But once again, an opposing team simply sent one forechecker deep, kept the other two wingers along the boards high, and then jammed up whenever the Hawks tried to exit around the wall, which was every goddamn time. If the Hawks found any space those two forwards simply sank into the neutral zone, which the Hawks still tried to Barcelona/tiki-taka their way through. Really a brilliant plan for a team lacking passing talent and skill and speed against a team specifically set out to jam up the works between the lines.

No, the Hawks aren’t a dump and chase team and they’ll struggle against any team forcing them to do that. But at some points, you just have to roll up the sleeves and try. If nothing else, it keeps the Canucks having to go 200-feet, which they’re not all that skilled at doing anyway. Funny how the Canucks second goal came off a lazy and silly turnover from Kunitz trying to pass through that neutral zone trap, and then not covering in his own zone.

Compounding his line-makeup mistakes, Colliton seemed hellbent on sending Toews out against Bo Horvat and the Canucks’ one pairing of NHL players, Edler and Biega. The other pairings contained rookies or Luke Schenn. You’d think you’d want to try to get at them. And you don’t need Jonathan Toews to deal with Horvat, especially when Toews isn’t really all that interested in defense this season. That’s what David Kampf is for, right? Does it pretty well, actually? Maybe try it for a shit or two? Could it have gone worse?

In a game the Hawks at least claimed they had to have, their coach got pantsed by Travis Green, who I’m sure spills something on himself once a day. Their veterans didn’t look all that interested. And they gave up yet another power play goal. At what point am I supposed to be encouraged?

-Taking your chances in overtime is always a 50-50 proposition, so there’s little point in getting too worked up about anything that happens in the gimmick. Still, this needs to be talked about:

Yeah, Gustaffson’s gap and stick-work aren’t great here, but I don’t expect any better from him. When this play is at the blue line, Toews has Horvat in his sights. He’s clearly aware of the danger. And in past years, he’d get shoulder to shoulder with him and probably muscle his ass off the puck while barely exhaling.

This time, he just stops. He lets Horvat get ahead of him, takes a half-assed swipe at him and then just basically gives up. He can’t possibly have expected Gustafsson to deal with it, because he’s been watching Gustafsson all year like we have. He catches Kane unaware because Kane is probably expecting him to do what Toews normally does, though obviously Kane could have done better here too.

The discussion lately around the lab here is whether Toews has forgone some of his defensive duties because he knows this team is so bad defensively it won’t matter anyway, or he’s just that hellbent on focusing on his offense. It’s probably true he can’t do both anymore, and that’s fine I suppose. Being over 30 probably means that. But again, this was a game that the Hawks had to have, and this is the effort in overtime you’re getting from your two veteran forwards.

Then again, both might have been completely exhausted given their usage. Could also be a reason Kane’s production has dropped from “galactic” to merely “very good” in March. Again, this isn’t the best look.