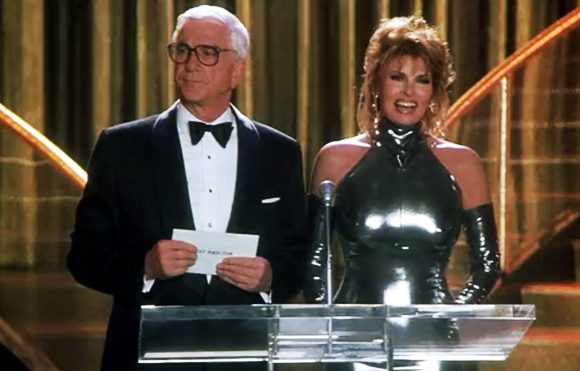 Time to check in on what the NHL individual awards should be. If you’re new, first of all what are you doing here this place is nuts!, and second every so often I like to look at what the NHL awards should be if voters actually paid attention to what matters. There isn’t as much deviation as you’d think from how it will go, but there is some. So let’s get in up to the elbow.

This will seem simple. Again, an MVP award always settles into an annoying debate about whether it’s simply a “Player Of The Year” award, which it should be, or a “Most Valuable To His Team” as if you could somehow measure that. To me, it’s the former. And even that can end in debate, because in hockey it’s hard to separate what a player is doing himself from what linemates might be helping him with.

And then you see Kucherov is on pace for 135 points this year and the whole discussion seems kind of dumb.

Sure, he’s on a line with Brayden Point and Steven Stamkos, and that doesn’t hurt. It would also be the problem with handing it to Mikko Rantanen or Nathan MacKinnon, who play with each other. Johnny Gaudreau has Sean Monahan. I’m not sure any of this matters, as the production is the production.

I have this feeling that before the year is out, Run CMD is going to make some insane run to try and drag his scrapyard-constructed Oilers team into the playoffs, and might end up with 130 points himself. And he probably won’t have nearly the help that the others do, unless Leon Draisaitl ends up on his line again. And that didn’t prevent his first Hart Trophy. If you need someone who’s doing it by himself, and we’ll write about this more tomorrow, it’s the local option. Kane has spent most of his year playing with either Nick Schmaltz, who was royally fucking up his free agent year, or Dylan Strome who is still below 80 NHL games and is very much finding his way, or the totem pole that is Artem Anisimov. And he’s sixth in scoring on his way to 100 points. So he has a serious case.

I’m only putting this in here because the only Canucks fan in my life hasn’t stopped bitching that I didn’t include this in our quarter season assessment, and I’m hoping doing it now will get him off my goddamn back. Also, there isn’t any debate here and this is easy. Everyone gets to walk with this Elias, although I suppose if Collin Delia maintains a .940 SV% the rest of the season, maybe we’ll be assholes and try and build him up.

Also Elias allows for even more jokes besides wrestling ones…no seriously, Dude, he’s a Pettersson with a record.

Honorable Mention – fuck off, there’s no one else

Yes, this is where we get weird. This is where we try and find our Jacob deGrom/Felix Hernandez Cy Young, where a victory for the metrics punches through the old guard. It won’t ever happen, and Patrice Bergeron is going to win this again especially as he’s been a point-per-game, and you can’t win this award without scoring. Which is annoyingly dumb, because nowhere is scoring mentioned in the term, “Best Defensive Forward.” The idea is to play defense.

So we’re opting for Cirelli, who is top-five in relative attempts-against, shots-against, and scoring-chances against, and that’s relative to the Tampa Bay Lightning, who don’t give up any chances and shots anyway. So he’s basically muzzling everything across from him to the point of zesting it. Sure, he’s not taking the hardest assignments and his zone starts have him kind of in the middle of the pack, but no one gets anything going against him and his line.

And he’ll be no closer to winning this award than I am.

There are plenty of reasons that E.K. is wonderful, and one of them is that he sits comfortably at the nexus of crusty hockey thinking and forward hockey thinking, as oxymoronic of a term as that might be. Generally this goes to the d-man who scores the most, and Karlsson is currently fifth in the league in that and has been zooming up the charts. Don’t be shocked if he ends up leading before too long. He also has glowing metrics, in the top five in attempts-share and shots-share and chance-share. He’s utterly dominating play, but you wouldn’t know it from all the people bitching about the Sharks perceived lack of success because their goaltending sucks. You don’t have to overthink this. He’s the best d-man on the planet and he’s who the Hawks should be planning to throw a monster truck of money at this summer instead of Artemi “I’ll Wait Over Here” Panarin.

This is what the award would be if it was just about defense, which I don’t think it has to be but if you were to split it. And it hurts to put this, because Connor Murphy has been good here this year with little help. But Hammer starts more shifts than just about anyone in his own zone, and is far and away getting the play up the ice more than anyone who starts as often in his own end than he does. Sure, it helps to play with Oliver Ekman-Larsson, but let’s not punish.

The Ducks are just as terrible of a defensive team as the Hawks. They give up just about the same amount of scoring chances and high-danger chances per game. Whereas the Hawks have already broken two goalies, Gibson is carrying a .923. The Ducks suck on the penalty kill too, and Gibson is maintaining a .904 SV% there. He’s somehow kept a decrepit Ducks squad being piloted by an actual undercooked ham around the playoff picture. It’s his to lose.