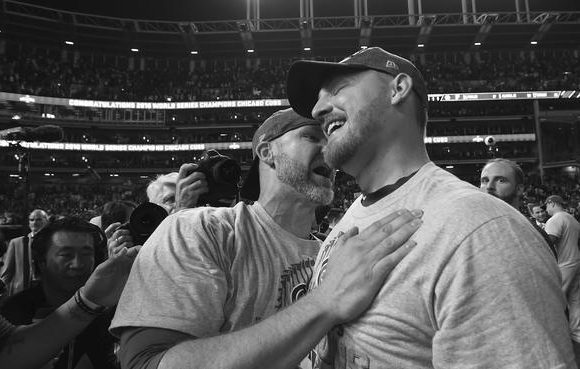 I remember Joe Sheehan (who had an interesting and misguided angle on last night’s trade) writing about this the night after THE NIGHT in Cubs history. It was about how random it was for Mike Montgomery to be on the mound to get the last out. How he had been traded three times, never really flourished, seemed a surplus-acquisition at the time, ended up being pretty useful in a couple of roles, and here he was throwing the biggest pitch in Cubs history. Baseball can be strange that way.

And it can also be strange in that not even three years later, you’re now surplus to requirements and headed to the basement, standings-wise, in Kansas City. Baseball can be fickle, too.

So it proved with Montgomery, who kind of pitched himself out of a role this season. It’s rare that a pitcher can hang onto the “tweener” role for a lot of years. If you’re not good enough to start and pretty much not good enough to take a prominent relief role, eventually you’re just plain not going to be good enough. Something happened to Monty’s fastball/sinker this year and he’d been straight gasoline. The future wasn’t bright either, as if even two spots were to open in the rotation next year (one is more likely if any), then Adbert Alzolay is going to take it.

Montgomery made it clear he wanted to start, and that’s his prerogative. His stuff does lean toward starter, I just don’t think his stuff is good enough to negotiate a lineup two or three times. Not our problem now. He requested out, he got his request, and we thank him for his services. He wasn’t going to be the long man here with Chatwood around (though Joe Maddon doesn’t want to seem to use him in that role either), he’s never been a LOOGY and definitely should be aiming for higher than that, and doesn’t have the stuff to be a shutdown guy. No use trying to jam it into the puzzle here.

So to Martin Maldonado, who was available for just money in the winter. The Cubs demurred, preferring to let Victor Caratini assume the backup role, which he’s done with aplomb. It seems really odd that the Cubs would trade an actual something for a catcher merely to fill in one or two days while Willson Contreras is hurt. So what’s really going on here? And what changed between the winter and now?

The obvious answer, and one nearest the conspiracy theorist’s heart, is that Caratini is about to be part of a package to bring another reliever or bat to the Northside. You’d have to think there’s some market for a young, switch-hitting catcher who can hit and has decent enough framing numbers. He also walks. There is some puff to Caratini’s numbers, but his contact numbers suggest it isn’t much puff. Considering the rest he’s been able to provide Contreras over the past few weeks, you could see where the Cubs would be comfortable riding Willy hard (phrasing?) in the season’s last two months. That is if he were healthy, which he’s not, and while the Cubs are saying it won’t be more than the 10 days for his arch problem, the fact that it could have been made worse playing on it doesn’t exactly instill you with confidence about the rest of the season.

Maldonado definitely can’t hit, but he can catch and frame and all that, and is pretty much the definition of a backup catcher for hire these days. If he’s just third on the depth-chart, it would seem weird that the Cubs want to carry three catchers. Maddon hated doing it in the past when Contreras came up in 2016, but there was little choice given David Ross‘s and Miguel Montero‘s statuses.

If Caratini is traded, it would first obviously depend on the return, and second would put the Cubs in the exact same situation next winter that Caratini bailed them out of this time around. No backup for Contreras, signing some plug and perhaps overworking Willson. I guess that’s a minor problem in the grand scheme of things, though.

Some of the more mischievous around would opine that it actually means more of Contreras in right field, letting Caratini catch to boost the offense. Given how highly the Cubs rate defense (it’s why Russell and Almora still get starts, people), and that would give the Cubs possibly the worst defensive outfield in baseball (Heyward isn’t that good in center despite what you might think), I find that hard to believe. It would be creative, I’m just not sure if it wouldn’t be creatively destructive. Especially as so far this year, only Cole Hamels has kept things on the ground at more than an average or below-average rate.

For right now, the Cubs lost a nothing to gain really a nothing, and that’s all it may be if Maldonado is moved to Iowa when Contreras is healthy and is basically here to save us from the Taylor Davis Experience ever again. It’s what comes next that’s interesting. 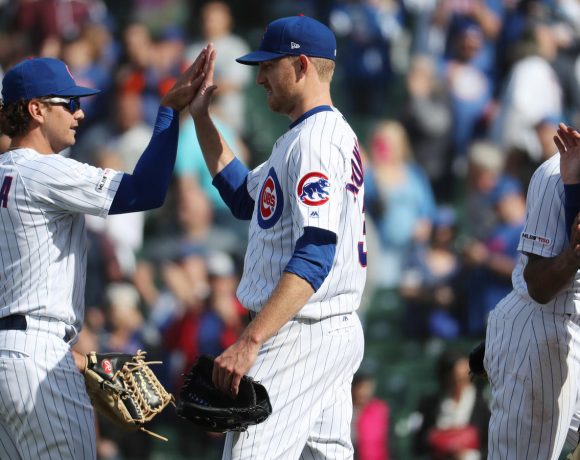