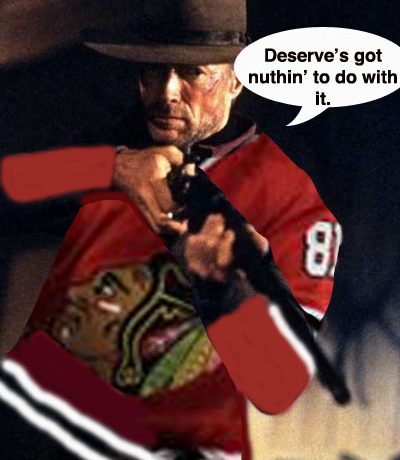 Ok, I know. I shouldn’t joke about this. It really isn’t funny, and I’m sure if I were going through it I would probably gut anyone making a joke about my skin literally peeling off.

So there’s a couple things this post is not going to be. One, I’m not going to try and convince any Hawks fan who thinks this is totally on the up and up that it isn’t. Nor am I going to try to convince anyone outside our bubble that is convinced this is fishy that it isn’t. I think if you want to Occam’s Razor this, it’s probably something of both. Hossa has been dealing with this for a few years, and now that the medication is A) less effective and B) possibly poisoning him to the point they have to blood test him regularly (think Iron Man 2, though we all know that Hossa is more a Steve Rodgers, organic lab experiment type thing instead of a machine but stick with me here). And now that his salary is dropping to $1M, and he’s won just about everything there is to win, and his Hall case is pretty secure, maybe he figures it’s not as worth it to torture himself and put his health at risk for it anymore.

It’s easy to sit here and say we’d do anything for a million dollars, but why is it Kevin Durant can eschew millions more to keep the Warriors together and everyone pretty much shrugs and agrees that a few million more won’t make any difference to him, but everyone outside of Chicago is crying foul on Hossa when his actual health is at risk here? Strange, no?