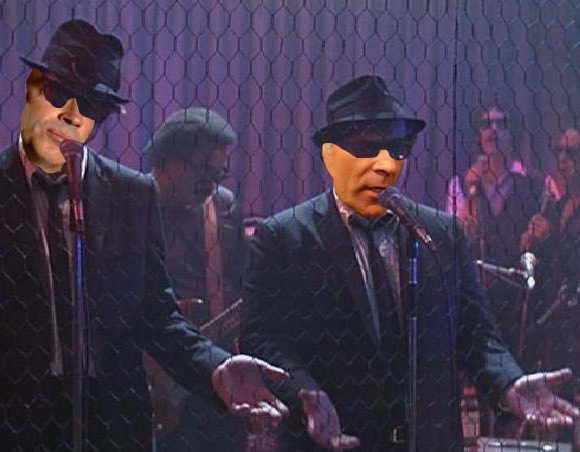 It has not been a great year for coaches that were hired from outside the usual network of NHL coaches. David Hakstol in Philadelphia got a pink slip. He took his GM with him. Jim Montgomery in Dallas doesn’t have his team in the playoff picture, and now his owner is airing out the team in public. Jeremy Colliton here in Chicago got off to just about the worst start imaginable, and could see the GM that hired him punted into the wind by season’s end, leaving him in limbo. For new hires, the Oilers went as old boy network as you can get with Ken Hitchcock. Joel Quenneville is rumored to be heading to eastern PA. It’s rough if you’re the new guy.

The success story is Jared Bednar, who has the Avs third in the Central and at least clinging to the heels of the Predators and Jets. We took at his accomplishments at the end of last year. Our conclusion then was that while he was smart/talented enough to not get in the way, he basically was riding along with Nathan MacKinnon‘s MVP-worthy season just like everyone else on the team was.

Has that changed this season?

It’s hard to look at Mikko Rantanen going from a struggling rookie, to 80 points, to the pinball numbers he’s putting up now and say that Bednar has nothing to do with it. Sure, MacKinnon is doing the work but they’re being put in position to do that. Converting Gabriel LaxativeLog back to a skilled winger from the sewer monster that Patrick Roy was intent on making him also can’t have been done without any of Bednar’s influence.

The Avs’ metrics haven’t improved that much, however. And that’s partly process. They’re below water, though just a tick, in CF% and xGF%. But it’s improved slightly from last season. At least things are arching correctly. Bednar seems like he’s ready to hand the starting goalie job to Phillip Grubauer, which can be a tricky thing for a team. It helps that Semyon Varlamov is on his way out after the season anyway.

As far as other young players that the Avs need, Tyson Jost and Alex Kerfoot haven’t really taken off as of yet. Samuel Girard looks like a piece though. J.T. Compher is headed for a career season at 23, though his 23% shooting-percentage might have more to do with it than any player-whispering from Bednar.

The Avs special teams aren’t witness to any great change either. The PK is worse, and the power play is just about the same. That’s usually an indication of coaching as well.

Still, the record is the record, and this could be the second straight season that the Avs surpass expectations. Patrick Roy wasn’t able to produce this kind of season out MacKinnon and SapsuckerFrog consistently, and Bednar has. That’s not to be discounted. Stability is always preferable. Look at the Stars, who have had three coaches in three years in the same division and can’t seem to keep their tires from spinning in the mud. There might be a lesson in there for the Hawks, whether they fire Stan Bowman or not. 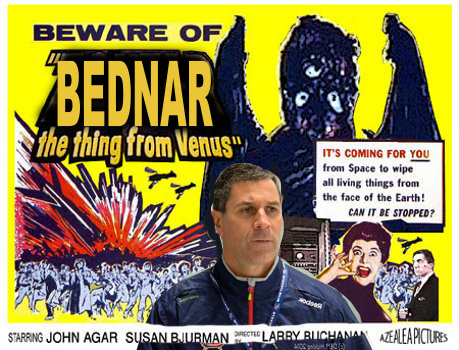 Game #74 – Avalanche vs. Hawks Spotlight: For He Is BEDNAR!

One of the things we lament most in the NHL is the lack of anyone trying something new behind the bench or in the GM’s office. It is the oldest of an Old Boys’ Network, and quite frankly holds the game back from new ideas and new styles. It’s almost as if they were managing The Score 670 as well. Of the seven coaches who were hired before this season, four had coached somewhere before. In Ken Hitchcock’s case, he had coached where he was hired before, Dallas. Of the three who hadn’t coached in the NHL before, Bob Boughner and Phil Housley are former players still “in the game.”

Jared Bednar was something of a left field hiring before last season. He never played in the NHL, and worked his way up behind the bench from the ECHL to the AHL to Denver. And after last year, it looked like it might go belly up pretty quickly for him. But then Bednar was given an utterly horrifying roster that not anyone could have done much with. Still, this is the Avs, this is Joe Sakic, and just about anything is possible there. Sakic will tell you he was rewarded for his patience (oddly enough, Sakic being another “Old Boy” hiring himself).

The thing is, it’s hard to tell if he’s doing that much more now.

Bendar has the Avalanche on the precipice of a playoff spot, which no one saw coming before the season. So on the surface, you’d have to say he’s doing a great job as the Avs are performing way above expectation, which is just about the only thing used to judge coaches, and that’s kind of in all sports. But the process the Avs are using to get there looks pretty damn spotty when put under any scrutiny.

The Avs are 27th in team CF%. They’re 29th in xGF%. They’re 27th in CA/60. And yet they’re 10th in xGA/60. So you could theorize, and even prove, that while they give up a ton of attempts and don’t have the puck a lot, they’re doing a decent enough job of making sure those attempts aren’t all that meaningful. They might not be creating much, but when you have Nathan MacKinnon doing this to the world and not feeling the least bit guilty about it, you don’t have to. Still, it’s not as if the Avs have invented some sort of sit-and-counter system. Their PDO is second-highest in the league, and assuredly would like the puck more than they do now.

There’s another rub. The Avs are where they are because MacKinnon has gone full Avenger and both Varlamov and Jonathan Bernier in net have been a touch above league-average all season. Is MacKinnon’s seasons merely something happening outside of Bednar? Has he tweaked his game in any way to cause this? Can it possibly be coaching when a player nearly triples his shooting-percentage from the previous year? Do we have any idea? Or we just throwing questions into the ether to sound intelligent? Does that sound like something we’d do?

Bednar was hired partly because of his work in the AHL with the Blue Jackets’s organization. The Lake Erie Monsters won the Calder Cup in ’16, and on that roster were Sonny Milano, Oliver Bjorkstrand, Zack Werenski, Michael Chaput, Lukas Sedlak, and Josh Anderson. All of those are NHL players, and in Werenski’s and Anderson’s case, plus ones. Certainly Bednar helped turn them into that. But also, Werenski was always going to shred the AHL playoffs, which he did only after seven regular season games. In AHL terms, that roster was stacked. Still, you can’t ask a coach to do more in the AHL than win a Calder Cup and move players onto the NHL roster. The Hawks would probably kill for a coach who could consistently do that in Rockford.

It doesn’t appear that the Avs are doing anything revolutionary in terms of style, and whatever it is only “works” because of MacKinnon. Certainly the development of Tyson Jost and Alex Kerfoot, as well as Girard, Kamenev, Makar, and others in the near future, is what Bednar will be judged on. All hockey fans should root for him and Dave Hakstol in Philly, as they are coaches who came from different routes than the normal. The more success they have the more like them are going to be hired, and maybe for once the NHL game can move forward.

I don’t know where Anthrax Jones (@AnthraxJones) crawled out of. I rue the day I found out. But he’s a part of the scene now. So let’s all swallow hard and get through this together…

Half-decent start for the Avs so far, and it’s not even because of great goaltending or some other goof. What’s impressed you so far?

It’s hard to explain exactly how it comes across, but they seem like a more mature, level-headed team. Two games into the season, they had twice faced an early 2-0 deficit in each game, which would’ve meant Dead And Buried last season. They didn’t panic, they didn’t play like their hair was on fire, they chipped away and eventually won both games (against Dallas and at Pittsburgh, so not exactly schlub teams). It makes me wonder if, despite Patrick Roy’s mostly even-tempered demeanor during his tenure, they were a team playing tight because they were afraid of or intimidated by their coach.