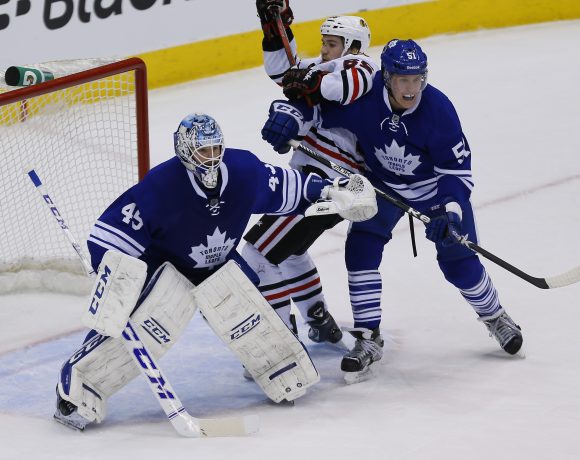 Would Signing Jake Gardiner Actually Have Made Sense Now?

When you’e watching Olli Maatta excel at the Chris Hudson trail technique behind Mikko Rantanen streaking to the net for his second of the night in January, you’re going to know the answer to this question more than you ever did.

When free agency started, Jake Gardiner was a no-go. We figured he would be too expensive and have to sign for too many years for what was only ok to good production. There were bigger fish (though he re-signed in San Jose), there were cheaper fits (the Hawks found them), and he didn’t seem to provide enough of what the Hawks needed, though some, for the expected investment.

But after the Hawks acquired Maatta and Calvin de Haan, which ups maybe only their professional experience and none of the mobility and skill problems, one has to ask if the Hawks wouldn’t have been better off waiting out the market on Gardiner.

That’s also completely unfair, because very few if any thought Gardiner would be left twisting in the wind. This isn’t baseball, where everyone now knows teams are just going to wait and wait and you can kind of set your price on the player you want and simply tap your foot and look at your watch until they accept it. Most business is done on July 1 (and before), and so if most teams expected Gardiner to sign on that day, it’s understandable.

Gardiner made $4M last year, and is probably still looking in the range of $6M or more to get pen to paper. That’s more than the Hawks have space for, though if they’d left Maatta alone they’d be right there. And Gardiner would come with something that Maatta or de Haan or really anyone on the roster right now cannot provide. That’s the first pass to the forwards, and the ability to open himself up to do so.

Gardiner has a 34-assist and 47-assist season to his name, and was on that pace again this past season but missed 20 games through injury. No, he’s not a top-pairing guy, but he has discernible skillset, which is more than we can say for Maatta. He’s been above the team rate in possession and expected-goals the last three years, and that was for some go-go Leafs teams. One would hope the Hawks would like to score lots of goals too.

Is it possible now? No, pretty much not. The Hawks would have to jettison Murphy on the blue line to make it work financially, and that would just be running place. Could they try and wheel Maatta out of town? Doesn’t seem like it’s in the plans, though you’ll be wishing it was soon enough.

Even if the market continued to drop on Gardiner, whatever spot you’d dream up for him probably should go to Boqvist with the cheaper rate, less years, better wheels, obviously more skill, even with the bigger questions. But hey, plans change, just as they did when the Hawks went with the impulse buy on Robin Lehner. But that was late in the day on July 1. Gardiner still wasn’t signed. Was that the call they should have made?

Again, we’ll lament this after trail-technique.

We only wish it was Grand Theft Auto. Most of the people we find for this don’t want to be identified because either they’re people looking for them, don’t want to be associated with us, or both. This is yet another case. Dark things lurk in the musty corners of Twitter, and we found this one called Zubes. Follow him @the_Zubes…if you love the absurd.

While we’re sure you’re basically in a state of hysteria all the time with the rest of Leafs Nation, tell us why this blue line will be better than we think.
– It starts with addition by subtraction. Prior to the first game of the season I can admit that I didn’t know what an Igor Ozhiganov was. BUT, from the same line of thinking that brought you, “We need to get rid of Matt Stajan even if it means taking on Dion Phaneuf” and “We need to get rid of Dion Phaneuf even if it means we get literally nothing” and “We need to get rid of Phil Kessel even if it means we are gift-wrapping Pittsburgh two Cups”, they needed to get rid of Roman Polak, even if it meant throwing a random collection of vowels on the bottom pairing.
Ultimately, the answer to your question comes down to Jake Gardiner. You’re either a “Jake Gardiner is better than you are giving him credit for” or you’re “Jake Gardiner isn’t as bad as you’re saying he is.” The issue this year is that he eventually has to get paid and no matter what he gets it’ll be the wrong amount. Every year around the deadline Maple Leafs fans convince themselves the team is about to cash in on the forward depth (we’re the only team with good young forward prospects – the AHL team is almost TOO talented) and add a difference maker back there to ease the load on everyone’s back. Having already pushed so many chips into the middle with the Tavares move, the shouts to do that very type of trade will be louder than ever and I think most of us are assuming this is the year something along those lines actually happens.
If they don’t make any moves though? Oh, we’ll just add a random AHL defenceman. The Marlies are so good, man.
Also, why we’re at it, why Fredrik Andersen won’t shit a chicken in a Game 7 again. If he has a major dip in the regular season would the Leafs think about going to get someone else?
– Similar to the Jake Gardiner split, a lot of people decided to stake their reputations on Freddie (we call him Freddie because it makes him sound more Canadian) being very slightly above average last year while taking more shots than Ed Belfour before he tries to bribe a cop with a billion dollars. A lot of people are going to hope that the answer to question one will help out here in question two, but I have very little faith. The brain boys in charge seem to be all hyped up on blog posts that explain to rubes “Puck possession is all that matters and goaltending is unpredictable, no we aren’t just saying that because it is hard to quantify”, but count me in the camp with basically no faith in the goaltending. They just let two reasonably okay backups go on waivers (Wow, the whole league wants to gobble up players that couldn’t crack this roster, what a blessing to have so much talent) so I think the powers that be have more faith – way too much faith – in him than I do. It will end in tears, especially when the same problems are lingering on the blue line and crease come deadline time and all that ends up happening is a deal for a 4th line centre.
Backup goalie Garrett Sparks (with a name like a YouTube star) cried the first time he played a game here because he’s a local, so expect his leash to be longer than you would think from the average backup.
Are the problems between Auston Matthews and Mike Babcock real? Will Babs finally take off the tire chains for a team with this much firepower?
– Much like Roman Polak, the first thing noted NJPW weeb Kyle Dubas had to do with the forward group is take away Babs’ toys and force him to not play absolute plugs like Matt Martin and Leo Komarov for half the game. I think the 5-on-5 lines will remain a mix of things like “Tyler Ennis and Zach Hyman on lines with the two best players” but the powerplay units should be as legit as they come. Failing to be a top powerplay team this year would be an unanswerable failure.
More than one person that is closer than I am to the team has whispered that most of the young guys just sort of roll their eyes at Babcock, but does anyone under 25 in the NHL really like their coach? Dubas is letting them grow beards and wear whatever number they want, so the hope is that having a “successful older cousin that talks to you about emo at Thanksgiving and tags you in memes on instagram” type matters to them more than the military dad that yells at you in the car on the way home from your games.
How does this whole William Nylander thing end?
Baldness. And I think Dreamboat Willie will end up around $7M x 6 or so, but it won’t happen for another few weeks. Also, William is starting to lose the wings of his hair first, so he will keep it long so people don’t see how thin his hair is getting. It will be buzzed / shaved before whatever contract he signs is over. 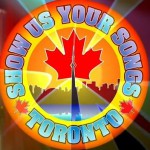 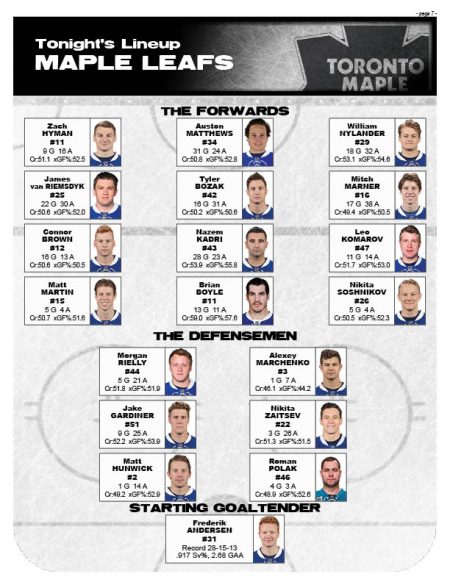