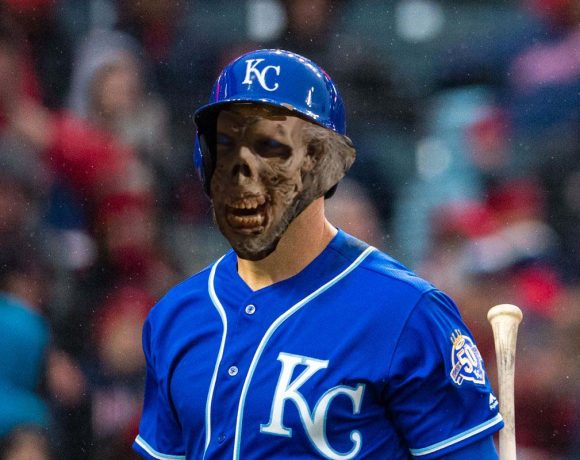 That was clear. After the 2015 Royals World Series win, Gordon must’ve figured there wasn’t anything left to do, because he fell off a cliff, crashed into jagged rocks, and watched his limbs split off. Some of this was due to injury, as Gordon’s body began betraying him in that ’15 season. He only played 104 games that year, which turned him into a 2-WAR player when he had been consistently a four or five. It also affected his superb defense.

But after that? Hooo boy. The past three seasons the best average Gordon had was .245. His highest OBP was .324. His highest wOBA was .305. He didn’t have a 2-WAR season, managing 1.7 last year, and that was the highest.

Gordon was never a great power hitter, only cracking 20 homers twice in his career and never slugging higher than .455. But he used to be a doubles-machine, including putting up 51 one season. The past three seasons his totals for two-baggers was 16, 20, 24. So what happened?

It seemed like Gordon got to that magical point a lot of players do these days at age 32, when dealing with the hyped up velocity of the modern game became too much. Gordon saw a huge spike in his whiff-percentage on off-speed and breaking pitches, which kind of clues you into that he was starting to cheat a bit on fastballs. When you’re spinning like a top on curveballs, you know this could be the problem. And Gordon was doing less and less with fastballs too, which doesn’t leave you a lot of places to go. 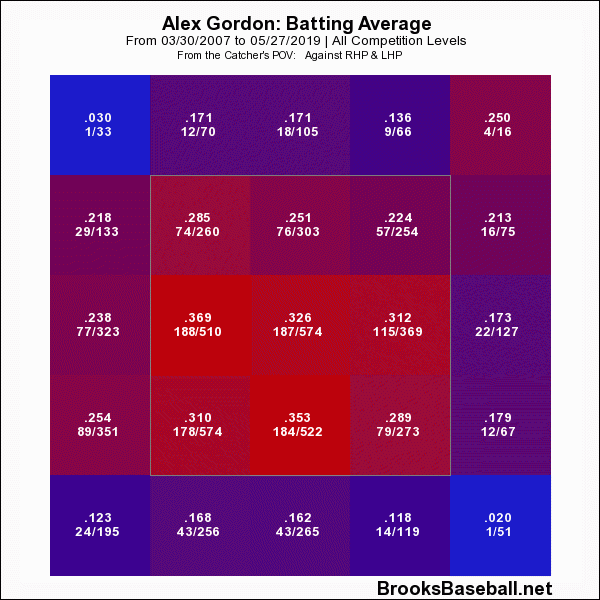 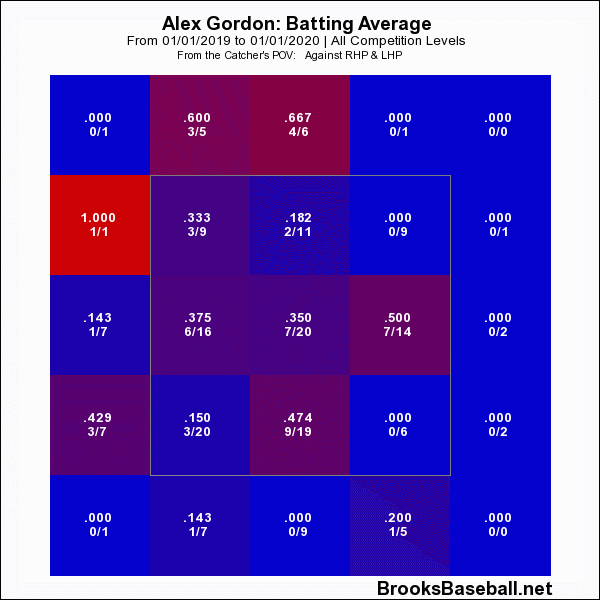 One wonders if Gordon’s resurgence might bring his time in Kansas City to an end. Gordon is 35, and clearly won’t be around the next time the Royals mean anything to anyone. He has a mutual option next year for $23M, but must a $4M buyout. Any contender needing another bat would probably think that’s not much of an investment. Of course, Gordon can only play left, though an AL team could slot him at DH too.

Of course, you’re also talking about one of the most popular Royals ever, someone whose name will live forever there thanks to those ’14 and ’15 teams (could you have scored in the 9th in Game 7, though?). You don’t just flog those unless you have to, especially as Gordon probably doesn’t fetch that much at 35 with still limited power. These are the decisions that rebuilding teams have to make. At least Gordon isn’t dead like he used to be.