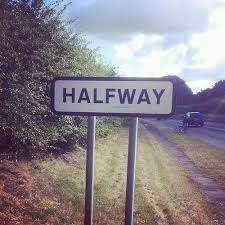 All Along I’ve Been The Traveler

The Hawks are halfway there. Tuesday’s win was the 41st game of the season, so it’s always a good time to assess where they are and how you’re feeling about them.

And the thing is, there’s not really much to feel about them at all. Last year at this point, they were trying out a new coach, they were woeful defensively, they were a .500 team essentially, and they didn’t look very likely for the playoffs. And now, the only difference really is that they get saves. They’re still woeful defensively, they’re basically a .500 team, they look unlikely for the playoffs. Except after another year of spinning their wheels, vitriol for management and coach is higher than it was at this time a year ago.

As I was walking the dog last night (when I do my best thinking, honestly), I considered what were to happen if the Hawks actually made a fist of getting into the playoffs again as they did for a couple minutes there last year, and if they somehow snuck in. Barely sneaking into the playoffs is a good thing for teams on the rise or trying to build something. For example, the Avs scraped in the past two years, and look at them now. The Canes snuck in last year, though they had been underlying a much better team than that for years. Still, you can see the arc on them.

But the Hawks aren’t on an arc. They’ve told us there is no plan. Whether they somehow goof a #8 seed or not, would you really feel like they’re on an upward trajectory? Or that they just somehow floated to the top of a collection of very unimpressive teams? Teams whose endgame is merely getting into the playoffs are jobbers. They’re the Brooklyn Brawlers of the NHL. It’s not a jumping off point.

The argument would be that moving forward, the growth of DeBrincat, Strome, Dach, and Boqvist is what’s going to push the Hawks beyond this current level. But that has to be canceled out by whatever decline is in store for Keith, Toews, and Kane (if the last one ever declines, that is), as well as whatever cap casualties are coming (Saad, Murphy, maybe both).

The Hawks skipped the step where you have a bunch of exciting prospects just under the surface and waiting to join the ranks. There’s no one in Rockford who is projected to change the course much. Ian Mitchell isn’t having as good of a season in Denver as last year, and it’s still a wonder if he’ll sign at all. There is little at the college or juniors level. Basically, Dach and Boqvist are here and that’s it.

Once you start digging into the numbers, it’s not much better. The Hawks had a 48.6 CF% last year at this point. It’s 47.2% now. They gave up 59.2 attempts at even per 60 last year. It’s 60.4 now. They had an expected goals percentage of 45.7% last year at the halfway point. It’s 45.3% now. There’s been a marginal improvement in xGA/60, from 2.7 to 2.6. No one’s going to submit something to a poetry slam about that. The only thing the Hawks do better is kill penalties (and that’s actually a really good thing) and get saves. And the Hawks have capped the number of attempts and expected goals they surrender on the kill.

But that’s hardly enough. Who would you say has taken a huge leap from last year? It’s not DeBrincat, who’s been about the same but can’t get the puck to go in. Strome has improved a touch, but the 61 points he’s on track for isn’t a huge leap from the 59 he put up last year combined between being a Yote and a Hawk. And the sad thing is those are the only two to consider. Kubalik, Dach, and Boqvist are all rookies, so there’s nothing to leap from yet. One has been great, one has flashed at times, and one looks a bigger project than we might have thought that isn’t even being developed correctly yet.

And probably worse yet, I don’t know what the Hawks want out of this second half. What they should want is merely to see Dach and Boqvist show that they can be not just contributors in this league, but actual stars. They should trade everything that’s not bolted down, including Saad and both goalies. If that causes some ruckus amongst the three core players left, deal with it. Might be time to move on anyway. That’s how the NHL works now. Almost no one gets to finish where they started. Crosby and Ovechkin might, but their teams have been run better to keep them competitive or more. Come back to this in three years for both. The list of stars who had to move on in the back-nine of their careers is a long one.

The Hawks need to use this second half to actually put a plan in place. My fear is that they’ll use it to desperately claw at a playoff spot that they won’t get, but that would be some sort of figment validation for them. And you know, if by some miracle they did sneak in with Robin Lehner on a heater, they could make life difficult for someone I guess for six or seven games. But that would give them all the wrong lessons and the wrong things to champion.

The Hawks need more spins, via draft picks and prospects. Even if Dach and Boqvist max out, it’s not enough. There’s no winger to get excited about in the whole system, unless you squint and count Kubalik who is probably more a contributor in the long run. Is there another d-man? Especially if Mitchell won’t sign? Maybe you only get 3rd and fourth round picks and B- and C-level prospects for what you can move (you could do better than that for Lehner though). But every team needs a little luck like when those become something much better than forecast. More tries, the more chance you find one or two.

The malaise amongst the fanbase isn’t because the glory days are gone or the Hawks are bad. It’s because it feels like nothing is moving at all.