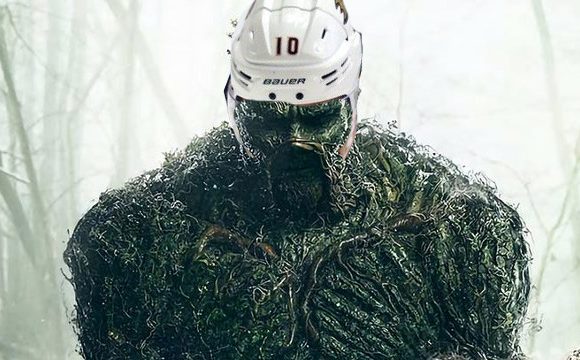 That was usually the response after a viewing of my report card. Anyway…

So there was this. You ever had food turn to ash in your mouth, like that curse in the only good “Pirates Of The Caribbean?” Or a beer just go to pure salt? That feeling that your organs are actually melting and will soon excrete out your pores? Yeah, that was my reaction to this. It’s also the same feeling as watching Corey Perry play.

I know what the writers will say. He’s motivated. He’ll come cheap. He was once great. He brings “an edge.” Veteran leadership. Feel free to add your own hockey bullshit terms and ideas. You know what they are by now.

I can’t stress this enough. Corey Perry is finished. Done. Ex-Perry. Ceased to be. Shuffled off the mortal coil. He is no more. Not only did he come up with a mere six goals in 31 games last year, he did that coming off total knee surgery. He can’t move. And if he can’t move, he can’t score. He can’t even annoy, because you can’t annoy when you’re never within 20 feet of the puck. The only time he can annoy is after whistles, which only gets you a lot of penalties.

On top of that, his metrics are woeful. He couldn’t keep up with the Ducks, who were woeful themselves and coached by a GM who comes close to drowning in the rain. And he had those terrible metrics while getting to start most of his shifts in the offensive zone. He spent all his time backing up. Actually, he spent most of his time racing the trailing official back to his zone. He can’t do anything.

It has been four seasons since Corey Perry managed 20 goals. You can find probably 50 guys who can get you 15 goals who can actually skate and not cost you a penalty per night. He’s not even worth the risk for a bottom six, because your bottom six has to be fast in either a checking role or simply trying to match a fourth line. There is no room for plodders. Perry no longer has the skill to make up for being unable to move, unlike the past where his skill made up for middling skating ability. He’s a buoy in a dried up lake bed.

Sure, the bottom six is where you can take a risk or two. Because these days it feels like your bottom six is equivalent to a bullpen. You keep pulling the handle on it year after year and then one day you get the three 7s or whatever and you’re good. And then the next year all the same players could suck for no reason other than they are middling NHLers and that’s what they do. Don’t fucking tell me Pat Maroon was the key to the Blues success, which is clearly what the Hawks think they can replicate here. This is learning the wrong lessons. If you end up playing well then you trade for guys you wouldn’t normally stash on your bottom six but can in a playoff run like Marcus Johansson or Antoine Vermette once upon a time. Carl Hagelin in the past. That type.

If you wanted useful players on your bottom six for cheap, you wouldn’t have traded Domink Kahun for a medicine ball with a dumb face. Did you see David Backes this year? That’s what Perry will be, except likely worse (though cheaper). There is no, “Well, maybe he could…”  He can’t. And he sucks. And he’s a penis. Speed, speed, speed. Out and up the ice. Pressure everywhere. Perry helps you with exactly none of these things.

Why do I think this is going to be a disastrous week and a half for the Hawks?