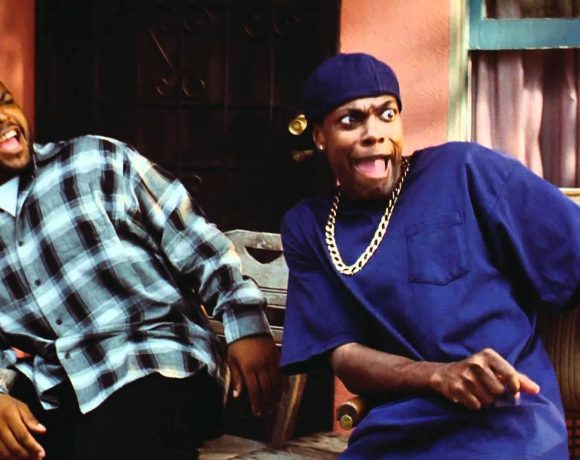 The Distance Perceived And Real, Jeremy Roenick Is A Big Fat Baby, And Whatever Else Is Floating Through Our Ears

Some notes pieces before we decamp for the weekend…

-It’s been a dark week for  Hawks fans, there’s no point in selling anything else. As gratifying as the 3rd period may have been last night, we know it’s for naught. The Hawks themselves have made no bones about where they think they are, even if they can’t put a finger where that is exactly. They’ve declared the rest of the season about their young players, which means they don’t have anything real to play for. And this is the third straight season that’s basically been the case, which firmly lands you in the hockey desert.

A lot of the discussion over those years has been whether or not if this is the price fans would pay for the six years of glory. No one seems to be asking whether or not fans should have been asked that at all. As we said yesterday, Pittsburgh and Boston haven’t really asked that of their fans. But that’s a discussion for another time.

The scarier or more frustrating strand of thought that’s been leaking out of the Hawks’ offices these days, along with the gas that has been clouding theirs and the Bulls’ minds, is that all of the sudden this is going to take two or three years to fix. It feels like the Hawks are prepping fans for a full rebuild that they A. can’t actually do and B. don’t actually have to.

While we’re one of, if not the, darkest Hawks corner of the dark corners of the internet, we’ve also been pretty consistent that this team isn’t far away from being an entrenched playoff team. Now, it’s not that close to running with Colorado or St. Louis or Boston or Tampa, and maybe that’s what they mean by taking two or three years. That seems a hard path to negotiate given the ages of some of their best players, but they can still relatively easy put themselves around the discussion.

Still, that’s a strange note to strike when the previous note was the “all we have to do is get in” the Hawks had been playing the past couple years, using the Predators team that caved in their skulls in ’17 or last year’s Blues as evidence, even though that wasn’t close to the whole story on those two teams. Both of them were preseason favorites that just took longer than expected to get their shit together. The Hawks can’t seem to decide where they want the goalposts.

Clearly the Hawks don’t know what message to send, which is what happens when you don’t even know what direction you’re taking your team. Or if you’re John McDonough, who you are (I really wanna know…).

Still, looking at this roster, it’s easy enough to point to where the Hawks have to address in the summer to gain the 10-15 points they’ll need to not just make the playoffs next year, but perhaps compete for automatic spots instead of being in this muck.

Despite Jeremy Colliton’s thoughts most of the year, if you can even pin them down, the Hawks have in place quality center depth. I don’t know what Dylan Strome is exactly, but I do know that hiding behind Kirby Dach and Jonathan Toews next year is a pretty good place to be and one he can flourish in as well. Maybe none of Toews, Dach, or Strome are #1s either anymore or yet, but having three #2 centers seemed to work out pretty well for the Blues last year or the Predators in the past. It’s certainly a model you can win with.

The problem up front for the Hawks at the moment is that they only have four top nine wingers instead of the six they need. Saad, Kane, Debrincat, Kubalik, But if you’re using a “3+1” model, as the Hawks are pointing toward with their centers, you can get away with Drake Caggiula as a third-line winger. Or the idea of Andrew Shaw that he no longer is anymore. Or something like that. It would be fine.

So really, the Hawks need one more winger up front, and one that is a complete burner. This is why Andreas Anathasiou would have been perfect, but the Hawks need more speed. They’re not slow up front, but they’re also not in the same neighborhood as Colorado or Calgary or half a dozen other teams. Ideally they could add two wingers with gamebreaking speed, but I’m trying to be realistic.

At the back, we’ve been talking about the historically bad and slow defense for two years. Which makes it seem strange to say it doesn’t have to be all that far either. Part of that is Adam Boqvist hasn’t developed this year in the way that you’d hoped. But some of that is Keith not being really a great partner for him but also no one else being able to play with Keith. Calvin de Haan is a miss, whether we like it or not.

But simply the addition of Ian Mitchell helps. The Hawks can make noise about bringing him along slowly, but he’s been a top pairing d-man in the NCAA for three years. If he needs anytime in Rockford it’ll be an upset and probably means he’s not going to be anything close to what we hope. And he shouldn’t need that. How much he improves the blue line is up for debate, but he unquestionably will. If they can get him here.

If the Hawks are aggressive–i.e. buying out both Smith and Maatta, locking Brent Seabrook in his house, and simply letting Andrew Shaw retire–and use the $20M in space they might have in that scenario to bring in…oh I don’t know, Taylor Hall and Torey Krug or Mike Hoffman and Sami Vatanen or the like, they’re there again.

This idea that they’re just going to have to wait is them just giving themselves more rope for the fuckups they’ve made and the ones they’re going to make. Two more big contracts might make people worried, but they hardly have any other long-term commitments other than Daydream Nation. You can even see the end of Keith’s contract now. Strome or Kubalik are RFAs and aren’t due long-term commitments either, especially Strome.

It feels like the Hawks are preaching patience after they’ve already exhausted everyone’s. Which is about as backwards as everything else they do.

Roenick showed up on The Score yesterday to whine some more about losing his job for being an unrepentant pig on a BarfStool show hosted by and for goo-brained warthogs. JR is now just every other older white guy complaining he can’t be an asshole without someone calling him on it and having real consequences when they’ve had run of the place before. Why you’d have this dope on your show is anyone’s guess, because he proved long ago he’s a shit-assed analyst and now his only job appears to be showing his ample ass. But of course Dan McNeil still needs to prove to everyone that he still knows famous people, and Danny Parkins was just disappointed that he wasn’t having an actual rapist on his show to get back at all the girls who didn’t talk to him in high school.

The choice quote of course is, “”I think anyone who knows the situation and who knows me, knows I got the biggest raw deal of all time.” I know when I’m sitting at home and thinking about JR I slot him right between slavery and the Jewish people in Egypt. Anyway…

JR doesn’t seem to get he was on a public forum with a public job. This isn’t some glib remark he made at the water cooler behind Kathryn Tappen’s back, and even that wouldn’t be acceptable in a workplace. He demeaned and objectified a coworker, making her job harder. It changes the conversation from Tappen’s skills as a broadcaster and presenter, and reduces her to just how she looks. JR is the same cigar-chomping boss you had who would go down claiming, “What? It’s a compliment! Don’t be so serious!” before smacking his secretary on the ass.

Thankfully, NBC seems to be moving their hockey coverage toward the same style as their soccer coverage, which is everyone acts like an adult and just analyzes the game or the league. Milbury is still lurking around, but Boucher, Sharp, Hartnell, Carter, Lovejoy, Johnson are all younger, more reserved personalities for the most part. Fuck, this is the same outfit that just announced and all-women broadcast for Hawks-Blues on the 8th, so it shouldn’t be a huge shock that NBC might not want some drooling goober grabbing himself around.

Hockey has always been terrified of pissing off its neanderthal section of the fanbase, which is why fighting is still around and the disciplinary system is a joke. But it can’t get the fans it does want to welcome in without eliminating it. It’s a painfully slow process, but punting JR and his type into the sun is progress. 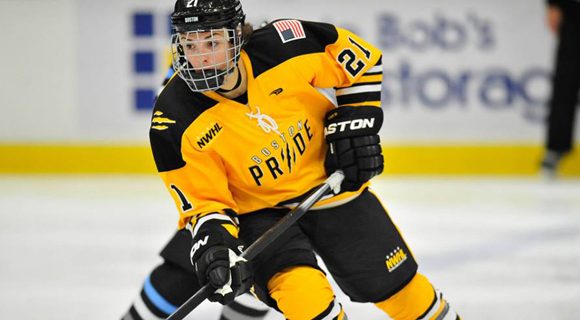 A couple weeks ago, as you might have seen, the NWHL cut their players’ salary in half without any input from the players. I had a few questions about that and the league as a whole, so I went to two of the leading authorities. Zoe Hayden is the editor of VictoryPress.org (@zoeclaire_) and Hannah Bevis is the editor of TheIceGarden.com on the SB Nation network (@Hannah_Bevis1).

With the NWHL cutting salaries in half, clearly they had some projections that were not met. Do we know what those were and why that might be?

To be clear about your first question, I believe New York Riveters forward Madison Packer said that it was “more like 60%” and we don’t have exact figured on the amount of salary that players will be receiving if they sign the proposed changes to their contracts.

With regard to projections, NWHL Commissioner Dani Rylan was not specific in her statements, but she did say that lower attendance had been a factor.  Three NWHL teams changed their home rinks after year one which may have in part contributed to this.

I am actually working on a longer article about this so I don’t want to get too in-depth, but it’s been known since its inception that the NWHL was getting startup funds from private investors.  Translating that into sustainable income has seemed to be a problem, which is why the players are calling for an independent financial review, something that I think is a more than reasonable request.  I think that when you start talking about falling short of projections, it also becomes a question of how well expenses were planned for ahead of time relative to those projections.

You also have to start to wonder where those projections were coming from; for example, how conservative were they when planning for Year Two with regards to growth, especially considering rink changes and an expanded schedule?  Ice time is expensive and fan retention with regard to ticket sales seemed an obvious hurdle with three teams moving to new facilities.  I don’t think this should have been such a bombshell.  It’s halfway through the season.  The logistics need to be closely looked at if this was a surprise.  And a vague answer about “projections” leaves a lot to the imagination.

In addition, we know that the league has had issues with some of its investors, namely Michael Moran and George Spiers (I can provide  source links if you need).  If the league’s Year Two revenue model included a significant amount of private investing as opposed to incoming revenue from ticket sales, merchandise, and sponsorship agreements, that’s a huge concern.