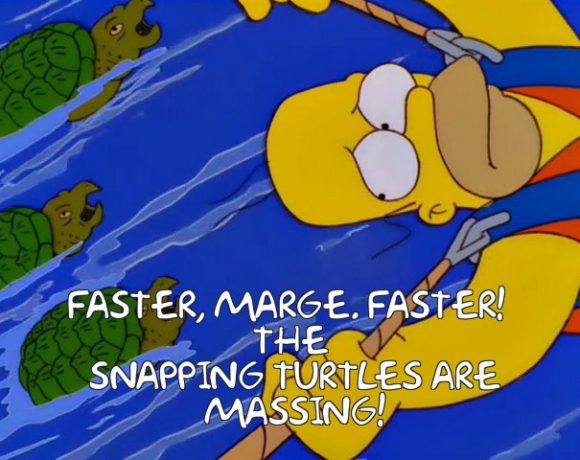 It’s been a while since we’ve had two teams that haven’t been anywhere close to this in the Final, or at least hadn’t been in recent history. Basically 2012, and neither the Kings or Devils played a system that could get loose at times. The Penguins had been there the past two years and still had players who had been there seven years before, and the four before that were populated by the Kings or Hawks. So it’s not a huge shock that nerves might have gotten the better of both sides, at least to open Game 1.

At the top, before going any further, let me say that and I and most every other hockey fan would take last night’s disjointed, frantic, kindergarten recess of a hockey game as entertainment every damn time over whatever shlock a trapping or conservative or outright scared team like the Kings, or one coached by Mike Babcock would offer. It was fun, if not particularly graceful, and if that’s what the series ends up being, so be it.

But for all of the gushing, and it was exciting, it wasn’t particularly good. Or particularly well-executed, let’s say. The Knights force such a pace, and we saw this in last year’s Final too, that it’s hard for either team to play what you’d call a “smooth” game. It’s very hard for teams to complete passes, and it’s very hard for their to not be turnovers and defensive breakdowns, such is the rate that everything is happening. And it’s open and there are chances, but they’re not built out of skill or brilliance so much as just cracks forming, Which is fine, it’s just not art. Only Carlson’s goal that tied the game at 3 last night would you say was well-worked, along with Nosek’s winner. But the latter had Devante Smith-Pelley make a mistake to lead to it (and the make sure everyone in the arena and at home knew how upset he was with himself. Oh my god so upset. Look at how upset he is everyone! Can’t you see how upset he is?! ARGH SO UPSET!). And Carlson’s goal was the result of Marc-Andre Fleury looking like the drunk trying to negotiate his keys at 4am. Still, better than most alternatives.

The Knights don’t really care if their passing isn’t crisp, as they don’t really attempt that many. They chip and flip pucks into the neutral zone and only worry about passes when they’re on the rush and the offensive zone. I don’t know if the Caps can play like this and win four of the next six, but we’ll find out. They’ll feel they missed a real opportunity because Fleury wasn’t all that good and you probably have to win the “Fleury Isn’t Fleury” game this spring. Then again, MAF was always do for some kind of regression, be it now or October.

Of course, this wouldn’t be the NHL if it didn’t have its head in its ass at crucial points. And when you have Ryan Reaves and Tom Wilson out there, your game’s head is going to be even more firmly lodged in its colon. I have always fucking hated the policy refs have in the playoffs of swallowing the whistle and “letting the players decide.” All that is is abdicating responsibility and sinking into spinlessness for those who are supposed to be officiating the game. Ryan Reaves is a dolt, and he essentially “cheated” to score the equalizing goal in the 3rd. The players have decided. A superior player in Carlson has good position on him and Reaves illegally moved him. The players have “decided” that should be a penalty. The refs have “decided” to simply give Vegas a crucial goal. I’ll forgive a missed call here and there in the neutral zone where a lot more has to happen before it results in a change on the scoreboard. This led directly to a goal, and a big one. That’s not the players deciding. That’s the refs deciding by losing any gumption to do their jobs.

As for Wilson, in a league that made sense and wasn’t afraid of yelling old white men (and it’s not the only one, as you can recall the Yuri Gurriel fiasco from the last World Series), Tom Wilson would be thrown out for the rest of the Final. This is a repeat offense. It was an attempt to injure, and calling it “finishing a check” is the height of idiocy. There was nothing to be gained from clobbering Marchessault three seconds after he had the puck, other than to knock him out of the game. And it was from the blind-side, so it’s not like he was “pressuring” Marchessault.

Wilson quite simply is a menace, he’s a hazard to his fellow professionals and tossing him for the rest of the most important series the sport has to offer might finally be the lesson that gets through his and any other’s leaden skull. Just fucking chuck him. The league will be better off without him.