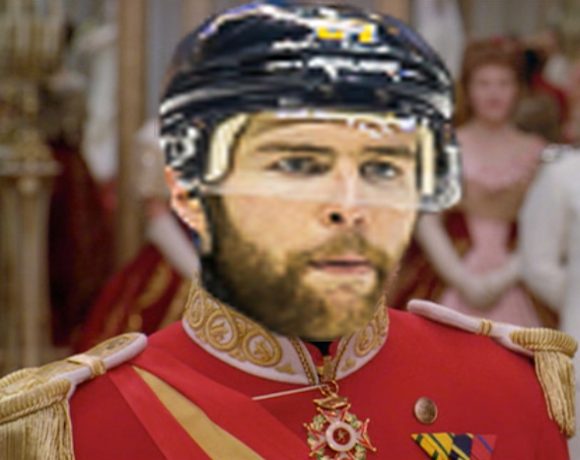 Yes, that’s probably an insult to Denmark to compare it to St. Louis. We hope the Danes forgive us. We love Christian Eriksen. Does that help?

Alex Pietrangelo is something of a yearly post for us. While the Blues have touted and used him as a #1 d-man for a good few years now, we aren’t the only ones who have gone to lengths to show that he’s just not. Is he a good d-man? Yes, unquestionably. If he were a #2 or #3 on a team, that team would almost certainly be really good. At least on the blue line it would be.

But as we’ve pointed out, probably far too much for anyone who still pretends to be of use to society. Pietrangelo just doesn’t push the play that much against the toughest competition. We started when he somehow conned his way onto Team Canada in ’14 (with Bouwmeester! And he played ahead of Subban! Assuredly not because Subban is black!) He’s not prime Keith. He’s not Doughty. He’s not Karlsson. He’s not even Kris Letang. Pietrangelo’s metrics are fine. They’re usually right in line with the team’s, though the Blues’ numbers were always skewed by Ken Hitchock’s ultra-defensive system that didn’t give up much but sure didn’t create much either.

The only time in the past six season that Pietrangelo has exceeded his team’s possession rate by anything significant is this year, where he’s +2.3. That’s going really well for the Blues too, who are still staring up at the Hawks.

Pietrangelo is a good skater, but not great, and can get beat by the faster forwards in the league. And he can get caught with the puck, too. That seems to be a problem this year, where the Blues can’t get out of their zone if there was a carbon monoxide leak. Or maybe there is and that’s the problem. Hard to tell, given the way the whole city smells. Yes, we know carbon monoxide doesn’t smell, just fucking go with us you heathen!

But let’s shelve that discussion for another time. Hockey loves its intangibles. No sport loves to mention what goes on “in the room” more. There is some mystical quality to where the players get dressed, and that has kept some truly woeful hockey players in a job for longer than you’d believe because it was thought they added to this. “The Room” in hockey is somehow weirder than the one with Tommy Wiseau, and maybe it’ll be the subject of its own “Disaster Artist” one day (probably starring David Backes), As if you couldn’t just pack a dressing room full of really good players who win all the time and they wouldn’t just figure it out when they’re not on the ice to get along. We present the 2015 Chicago Blackhawks as evidence.

And it can’t be any clearer that there is something amiss with the Blues both on and off the ice. We can pinpoint the problems on it. The ones off it are a little tougher.

The Blues are about to turf their second coach in less than three seasons. A loss tonight could be the final straw in the case against Mike Yeo. So it’s fair to ask how many coaches the Blues are going to cycle through before they conclude that it’s the group of players who are in someway unreachable.

Pietrangelo is the captain. Along with Vladimir Tarasenko and Alex Steen, that’s pretty much the leadership group in St. Louis, as they’ve been around the longest. While Tarasenko’s performances have never dropped, he clearly had a hand in throwing Hitchcock overboard (quite the feat). But if Pietrangelo is wearing the “C”, the questions have to stop with him.

While the Blues were indisputably stupid under the stewardship of David Backes, you couldn’t accuse them of floating and giving up and trying to undermine their coach. Their effort was in all the wrong directions and tactics, but it was there. This will be the second time they’ve downed tools under Pietrangelo. This becomes a theme at some point soon.

Compare that to the local side, where everyone knew that Joel Quenneville was minutes away from the axe from training camp. And yet you never got the impression the Hawks had quit on him. The front office did last year, but the players didn’t, at least for the most part.

Maybe the silly arrangement of having Yeo right there to succeed Hitchcock jaded the players. They could have soured on Yeo before he even took the job, knowing all the time he was going to take the job. Maybe someone completely new juices everything (though the rumors have it that it’ll just be Craig Berube sliding over from assistant, which is how we got here in the first place). Perhaps the Blues want a completely new voice.

Methinks the players are the thing….