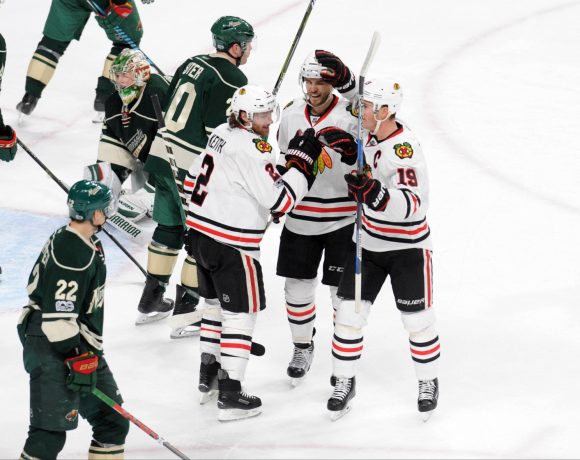 I guess it depends on what you wanted out of this game to define whether it matters or not. If it was a hope that the Hawks could get back in a race for the division, this probably wasn’t it. Gaining one point, leaving with a five-point gap and the Wild have three games in hand still makes your prospects awfully dark. Maybe if the Hawks take the two remaining games with the Wild in regulation we can talk, but a lot can happen between now and the season series being wrapped up.

If you’re looking for signs of improvement in the Hawks in a game they at least said they were taking more seriously than they normally would in the doldrums of February, well you could find things. Toews’s line looked spritely, Crawford had a performance out of earlier in the season, and the kids looked dangerous at times. So if you just look at that, you can feel pretty good.

And if you’re looking for moral victories because the Hawks won on a power play in gimmick overtime… well then you’re a lost soul who simply hasn’t been paying attention. Because there is no such thing.